Spa Cycles and Ribble are in some ways similar. They’re both northern based, ‘mail’ order driven but shop-based bike brands. Both have deep roots and a reputation for value.

Yet in the past few years, Ribble has seen massive venture capital investment lead to a totally new range of bikes sold through a state-of-the-art, video-loaded website and mainstream-targeted ‘pop up’ shops. Spa has continued on a more traditional path with super knowledgeable staff selling an eclectic range of touring-focused equipment and steel- or titanium-framed own-brand bikes from a less flashy online and in-store presence.

How do their affordable all-rounder road bikes compare? I’ve been riding a Spa Cycles Aubisque 725 105 Triple and Ribble Endurance AL Tiagra around the Yorkshire Dales in all weathers to find out. (Note: our Ribble had a no-longer-offered frame colour. As Ribble wanted to show a current design, we've used manufacturer shots to illustrate it – hence the missing mudguards and the photo, above, that isn't of me.)

The Reynolds 725 steel tubed Spa Aubisque is very much what you’d expect from a traditional brand but brought up to date in terms of braking. Double butted main tubes join to the head tube with a reinforcing gusset, and there’s subtle ovalising at the bottom bracket. Slim rear stays give room for a 32mm tyre even with broad mudguards installed. Cut-away plate dropouts carry the rear disc mount.

The frame gets three bottle cages, four-point rack and mudguard mounts, and all cables are routed externally for easy servicing. The curved leg, sloped shoulder steel fork also gets low-rider and mudguard mounts, as well as external routing for the front disc brake. A metal head badge and panelled paintwork create a suitably classic aesthetic, matched by relaxed head and seat tube angles and relatively long chainstays for a surefooted wheelbase. 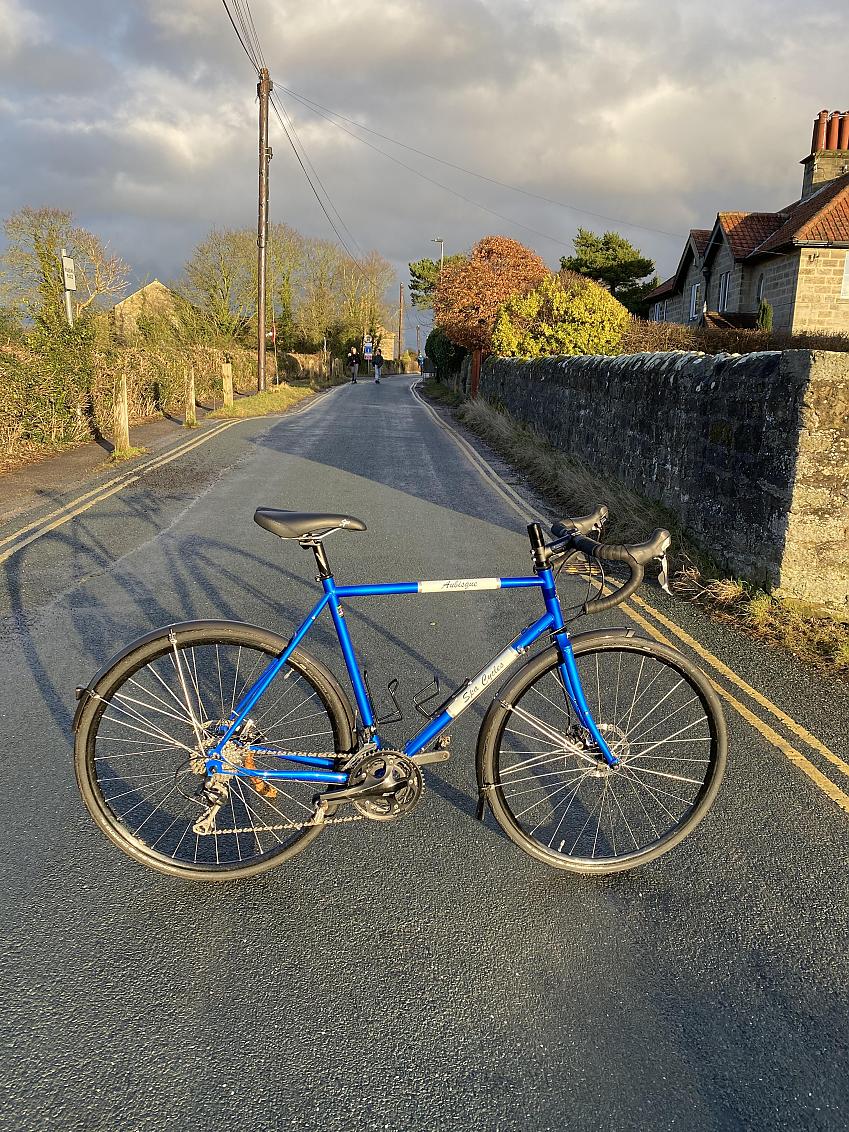 Ribble also has a Reynolds 725 frame in the Endurance range but we’ve tested it previously and the complete bike is £300 more than the Endurance Alloy frame tested here. The alloy tube set is extensively worked, with a slim tapered top tube, big boat-shaped down tube, and an inset headset head tube connected with smoothed welds.

It’s only the slightly different hooked shape of the seat stays that stops the Endurance AL looking almost identical to their carbon fibre Endurance frame. At under 1,700g for a bare medium frame, it’s not far off the weight of many affordable carbon bikes. The fork is full carbon too. Fixtures are more limited than the Spa, with just two bottle cages, mudguard mounts but no rack mounts. The disc brakes are the latest flat-mount style, though. Tyre room is a 32mm maximum or  25mm with Ribble’s slim mudguards. Geometry is a degree steeper than the Spa in both head and seat angles.

725 comes in at a steeper price than the 725-framed Spa Aubisque, the alloy frame version of the Ribble Endurance brings things more in line. Both bikes get 10-speed Shimano cassettes and rear derailleurs – Tiagra and a double chainset on the Ribble, 105 and a triple on the Spa. (With the Aubisque, you can also opt for the newer 11-speed 105 with a double chainset for a similar price.)

Both bikes use Tektro cable disc brakes with two moving pistons. They’re a big improvement over rim brakes, particularly in bad weather, and are as close as you’ll get to the feel of a fully hydraulic set without the potential ‘back of beyond’ maintenance issues if you’re touring exotically. If you have the budget, I’d nevertheless suggest investing in a hydraulic brake upgrade for even better feel, power and pad-wear-compensating performance.

Our Aubisque came with Spa’s own handbuilt wheels, based on Shimano hubs with 28 double butted spokes up front and 32 in the rear. The Ribble rolls on Mavic Aksium Disc wheels as standard. Mavic Ksyrium SL alloy, Cosmic Carbon,  and Zipp 303S carbon wheels are available as upgrades using Ribble's custom bike builder function.

Our Ribble came with 25mm versions (they actually measure 24mm wide) of the trusty Continental Ultra Sport tyres to fit under the guards but 28mm are standard fit. Spa opt for the heavier-duty Schwalbe Durano in basic performance spec, and in a 32mm width that blows up true to size.

Both bikes have 100mm stems holding 420mm bars, with a slight aero teardrop profile to the tops of the Aubisque and a backsweep on the Endurance AL bar. Interestingly, while the seatpost and saddle choices on the two bikes would seem a very clear indicator of their intended audience, the carbon fibre seatpost shaft and slim Prologo race seat of the Ribble and the alloy FSA post and deeply padded own-brand saddle of the Spa are only 70g different in weight.

SKS mudguards are supplied as standard on the Aubisque whereas Ribble offer their slim own-brand set for £25 or the SKS guards for £45.

Although the seating arrangements might not differ much in weight, there is a 1.87kg difference between the overall mass of each machine. Larger tyres also slow down acceleration and general pep on the Spa compared to the Ribble. Even  with flat seatstays designed to increase ride smoothness, the big down tube on the Endurance AL gives it a stiff feel through the pedals. In fact, like many of the current crop of quality alloy frames from other brands, it’s actually more sporty and engaging in feel than a lot of mid-price carbon bikes.

The Ribble’s 25mm tyres and firm saddle don’t do it any extra favours in terms of smoothing out rougher road surfaces but it never feels harsh. The carbon fork and rear stays actually roll with the bigger punches surprisingly well in comparison to the Aubisque, which often delivered a more abrupt thump from potholes. However, the handbuilt wheels, wider tyres and plusher saddle of the Spa – together with slimmer, more ductile steel tubes – smooth out rough surface road buzz better. While less sporty than the Ribble, it offers easily sustained momentum for bowling along back roads, and the triple chainring gear range makes it easy to keep your pedalling rhythm right where you want it. 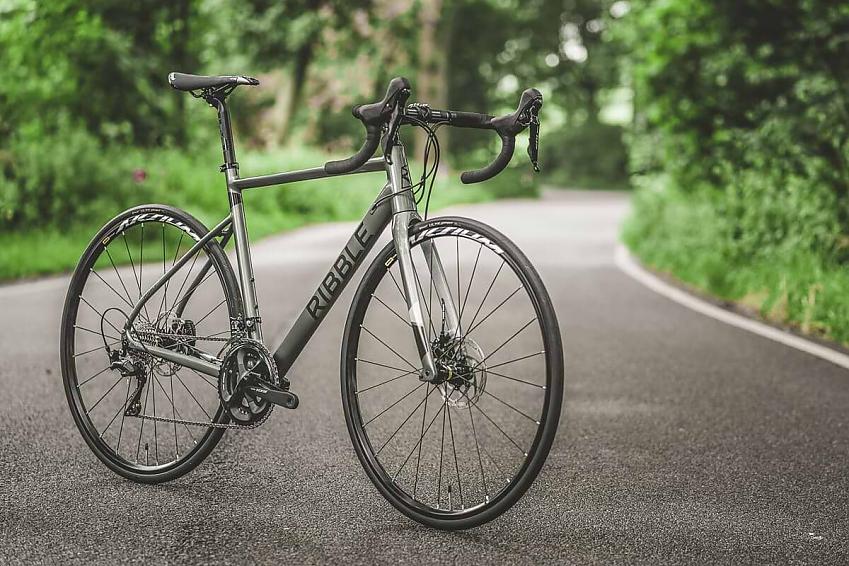 Lighter and sportier than the Spa, the Ribble's lack of tyre room and rack mounts make it less of an all-rounder

The angles of the Spa also sit your weight further back, so the front wheel feels lighter and the whole bike is inclined to skim along with a more relaxed, upright poise. The longer rear end and overall wheelbase keep it surefooted, and if you run the durable ‘Performance’ grade Schwalbe tyres at a low pressure to capitalise on their bigger volume, they’re trustworthy in most conditions. Spa is clearly aware from decades of building touring bikes that this type of weight distribution works well when loaded too, so you’ll be able to take advantage of the front and rear rack mounts without adding any nervousness to the handling of the Aubisque.

While head and top tube dimensions are very similar when comparing the same sizes, the Ribble still feels more aggressive overall. Steeper angles create a sharper turning, more weighted front wheel that encourages you to drop shoulders and point knees into corners. The response from the pedals makes it more likely you’ll be out of the saddle to pick up speed on the far side of turns, so if any sort of ‘training’ features in your riding schedule, this is the bike to go for of the two.

The one area where the Spa is clearly sharper than the Ribble is braking feel. Luckily that’s an easy one to solve. The spec sheet for the Endurance AL says it should come with single arm Tektro 510 callipers, which only move one pad to the rotor. The test bike came with double-arm 550 brakes, which are an improvement as they press both pads onto the rotor. Like the double-sided Spyre brakes on the Spa, this wears pads more evenly. Despite basically identical brakes, the  Spa stoppers felt faster reacting and more powerful. This is down to the brake pads, which have different compounds – an easy upgrade to make when the Ribble's pads wear down.

The Spa Aubisque offers a distance- and fatigue-shrinking ride with all the features and forgiving handling you’d need to extend easy day trips into week-long lightweight touring adventures. Compared to other bikes of similar tube set and specification, it’s also extremely good value – especially when you consider the bespoke wheel building and component switch options. Demo models are available in store so you don’t have to take my word for how it rides.

The alloy frame of the Ribble Endurance AL makes it lighter and easier to accelerate than the steel Spa, but even with 25mm tyres it still handles the vibration of rough roads surprisingly well. Mudguard fixtures are a bonus for all-weather riding but tyre clearance is adequate rather than amazing with them installed. Value is good considering the range of optional upgrades you can select, although I’d recommend stretching your budget to the Shimano 105 version that comes with hydraulic disc brakes as standard. 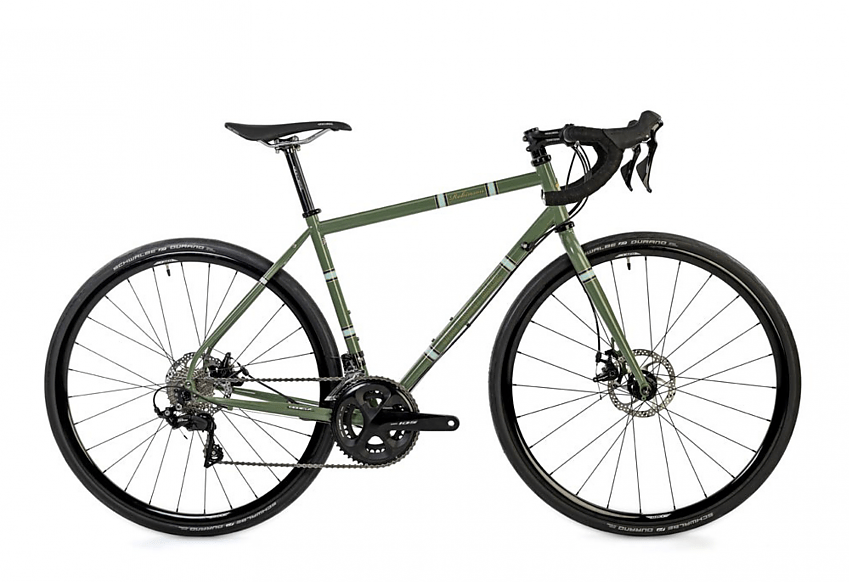 This Reynolds 725 steel-framed, 105-powered, Tektro Spyre cable disc-stopped all-rounder takes up to 38mm tyres (without guards). You can specify it with pannier racks, lights, even a flat bar. thelightblue.co.uk 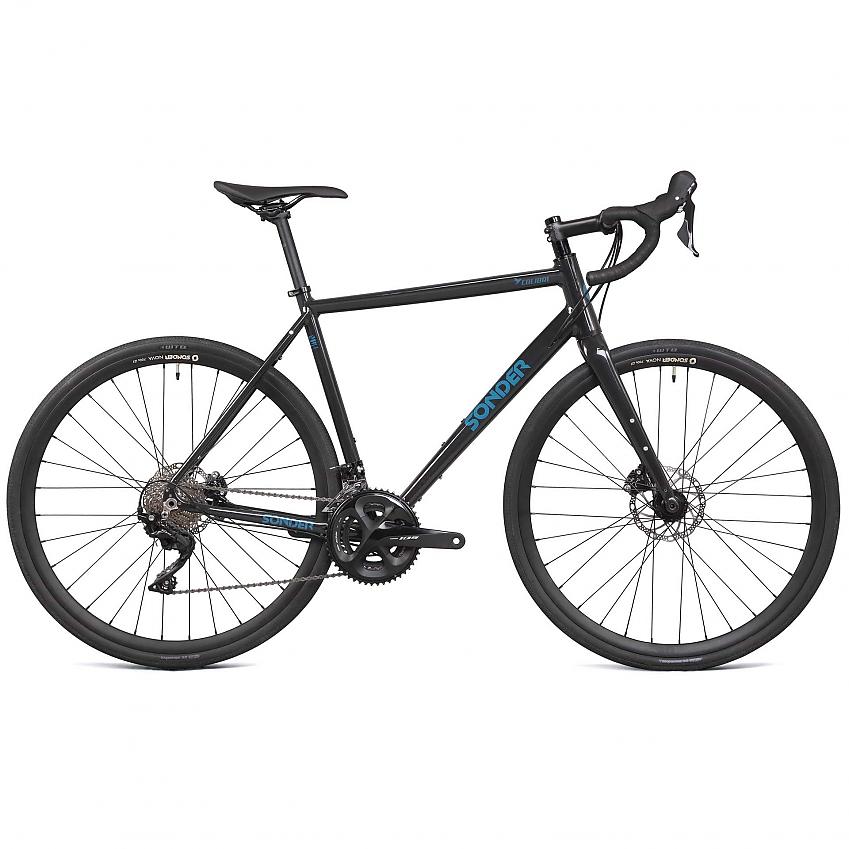 Alloy framed, carbon forked all-roads bike from Peak District based Sonder has similarly sporty geometry to the Ribble but with front and rear rack mounts, and 32mm tyres (with space for up to 38mm), among other options. alpkit.com 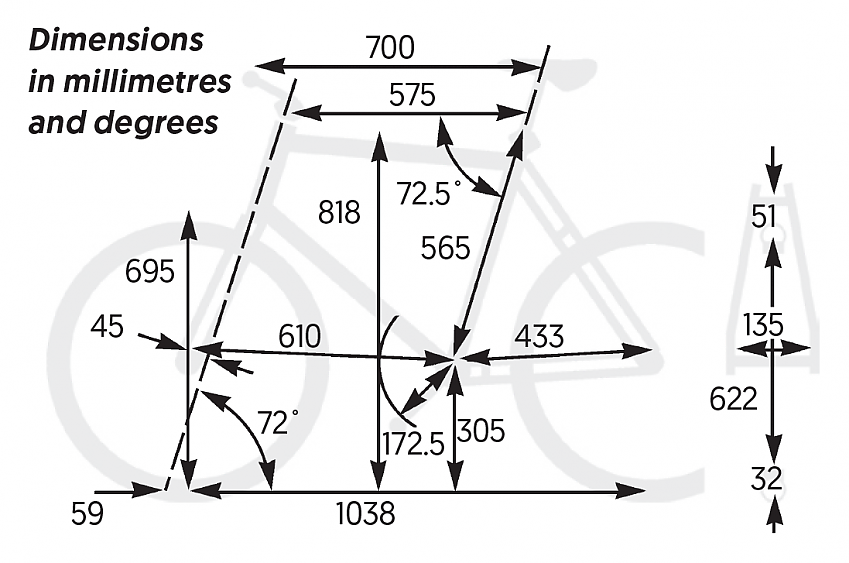 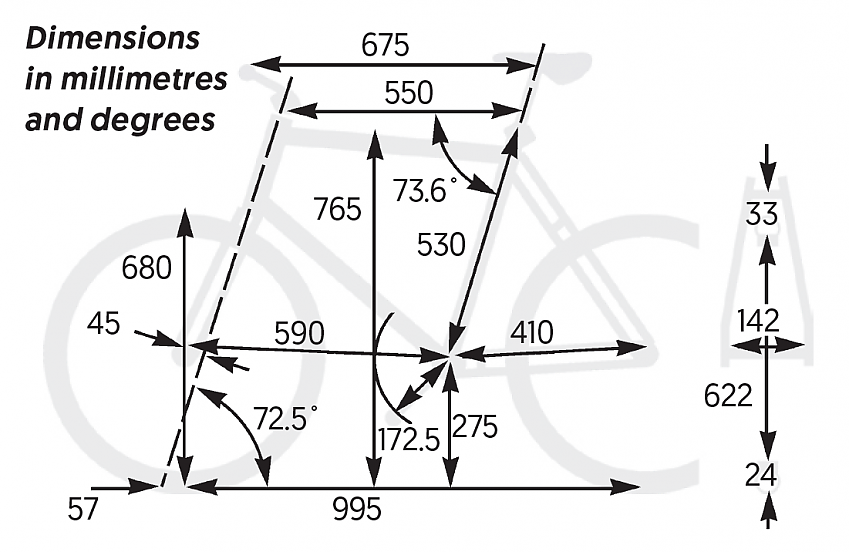