Care home residents in their 90s and people with learning difficulties were given the opportunity to give adaptive bikes a spin around Lerwick, thanks to our Big Bike Revival. Cycling UK's Claire Hutchison explains how the project encouraged people of all ages and abilities.

Shetland Sport for All, Disability Shetland and the Highland Cycle Ability Centre organised the weekend of cycling activities, which took place at the end of August.

Residents and staff from King Erik House in Lerwick came along to the Family Summer Cycle Event, where people of all ages could try out adapted bikes.

“The [residential home participants] thought they were too old to get on a bike, then some of them were zooming around the streets of Lerwick,” Paul Porter, Cycling UK Development Officer, said. “It was a really feel good weekend. The groups involved had never done anything on this scale before.” 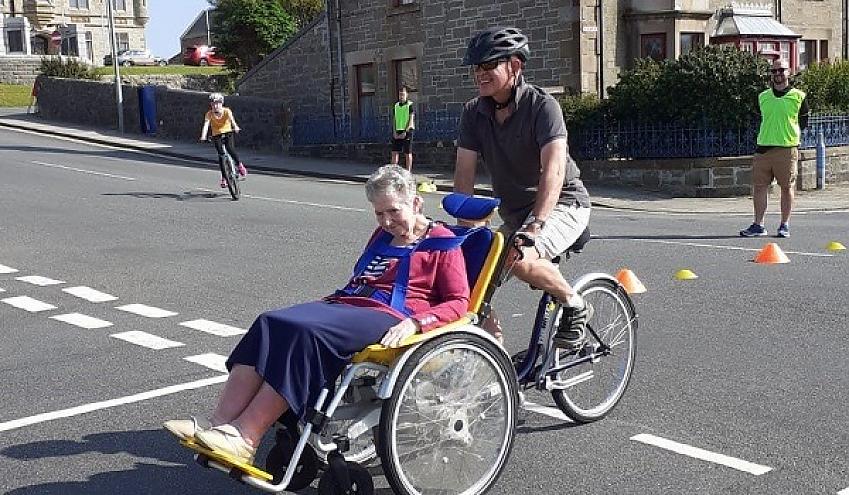 The event was the last of seven Big Bike Revival (BBR) sessions that took place on Shetland that weekend.

BBR is a Cycling UK project which inspires people to get on their bikes – nearly 250 events have been organised this year in Scotland, and last year more than 20,000 people took part.

Residents of King Erik House who particularly enjoyed the Shetland event included Mary Christie and Lowrie Fraser who are both retired. “[Mary] enjoyed her first time ever in her life on a bike…she never learned to cycle and had memory of being a toddler and being pushed around on a small bike, but that was the last time,” Anita Polson, social care worker at King Erik House, said. “[Lowrie] is usually very reluctant to go out anywhere, but he had really enjoyed being out in the fresh air. What had interested him was seeing along King Harold Street and all the old houses that he remembered from years ago, how they had been fixed up.”

More than 100 people came along to the fun-filled cycling weekend on Shetland, with the ages of those taking part ranging from five to 96-years-old.

The session on Friday 23 August at the Seafield Day Centre offered an opportunity for people with learning difficulties and autism to try-out the adapted cycles.

The wind in their hair and the looks on [both] their and their families faces were so memorable for me…we have seen so much joy this weekend.

Stephanie Bain, Team Leader at Disability Shetland, described the event as one of the best moments in her entire career. “The wind in their hair and the looks on [both] their and their families faces were so memorable for me…we have seen so much joy this weekend,” she said. “It has been a privilege to have been able to support even more people to get involved in community events by having these bikes and trikes available, the smiles said it all.” 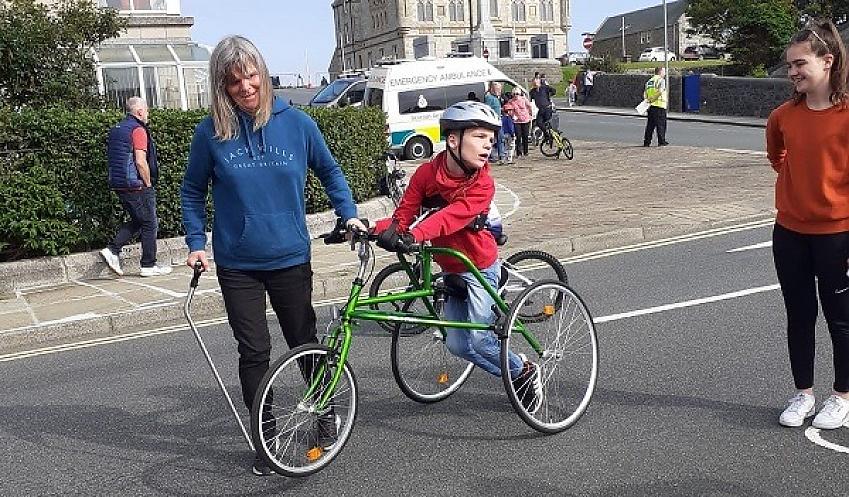 Shetland Sport for All, the voluntary group that received funding from Big Bike Revival for the events, is now looking into getting their own adapted bikes, to be kept on the island.

“The success of this weekend proves that we have a real need up here for having adapted bikes made available to folk,” Donna Murray, chairperson for Shetland Sport for All, said. “We are already starting bids to get our own adapted bikes in Shetland, so watch this space!”