Getting parents cycling too

Getting parents cycling too

Leroy Luke from Leicester wanted more people to enjoy cycling, so when the Cycling UK 'Cycling Champions' project was able to offer cycling sessions to parents, he jumped at the chance to be a part of it.

Leroy Luke had all the skills to repair bikes and had been a Bikeability instructor, but he hadn’t taught in a while. When the 'Cycling Champions' project provided cycling sessions for parents at his children’s school - Barley Croft School in Leicester - he helped recruit potential new cyclists and became a big part of encouraging more people to become confident cyclists.

Cycling UK Cycling Development Officer in Leicester, Elizabeth Barner said: "He was always smiling and letting everyone know they could be as happy as he was with a little more cycling in their lives."

Six parents came along to learn to ride and gain confidence. Cycling UK provided a crèche for children and bikes for the parents.

All the parents felt more confident and less scared on their bikes. Everyone told me it was a great place to get to know other parents at the school and strangers soon became new  friends.

Mariyam Osman had not cycled since she was little but Leroy persuaded her to give cycling a go. She was wobbly and worried when they set out, but just six weeks later, Mariyam was happy on a bike. She said: "I feel safer, more informed and confident to now go on the road." Her friend Ntumba also attended the course and she told Elizabeth she is, "no longer scared to ride a bike". 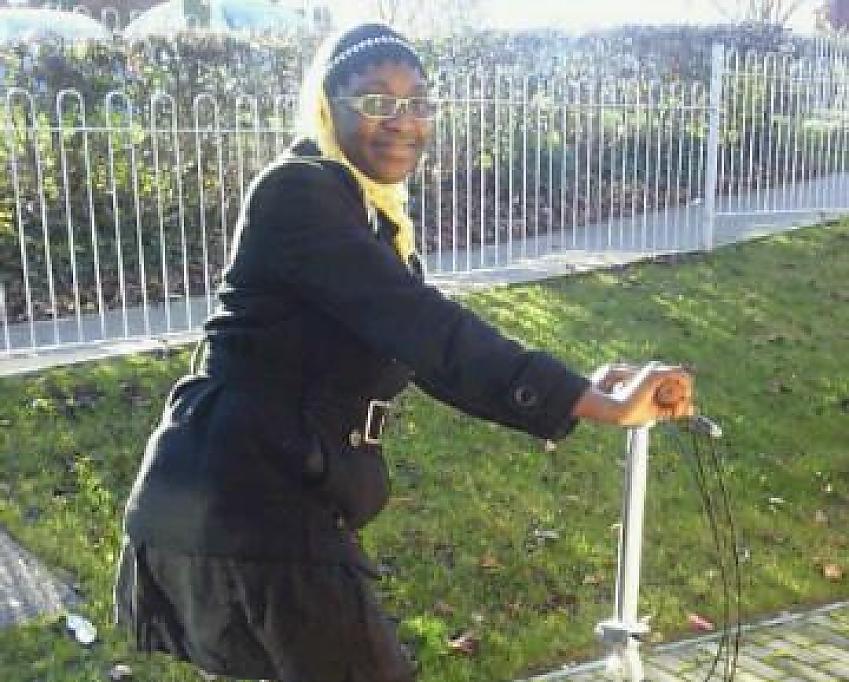 During those six weeks, the mothers took on some of the most frightening parts of cycling: taking the plunge to go fast enough to balance; riding in traffic for the first time; and riding with their children.  They gained confidence from tackling their fears, and also friendship with each other.

Luke offered advice to new riders, helped them to ride alongside their children and cycle on the road for the first time. He then started to lead teaching sessions and organised 'Bikeability' games.

At the end of six weeks, one mother said that she had gone from being wobbly to "knowing what position to take up on the road". Another hopes to ride with her children when they are older. Most people hope to get their own bikes if they can find a safe place to store them.

Leroy Luke even dusted off his tools and helped out at a maintenance day where 50 bikes were fixed.

We're pleased to employ someone who lives in the neighbourhood to help lead sessions and provide maintenance. It feels like we are creating a little bit of a cycling community where there wasn’t one before.

Leroy Luke plans to open a bike repair spot in a neighbourhood without a park, a pub, a café, a sandwich shop, or a bike shop. Cycling UK's Elizabeth Barner has asked Luke for help in another school and plans for more in the future.