Riders set off in Cambridge to ask their candidates to support cycling.
By TomGuha
Tuesday, 24 April 2018

In the lead up to local elections, voters around the country cycled out to ask their candidates to support cycling. Cycling UK's Infrastructure Campaigner, Tom Guha reports.

As local elections approach on 3 May, cycling groups around the country are riding out to ask their candidates to pledge to support cycling. Below is a summary of the rides that have taken place so far: 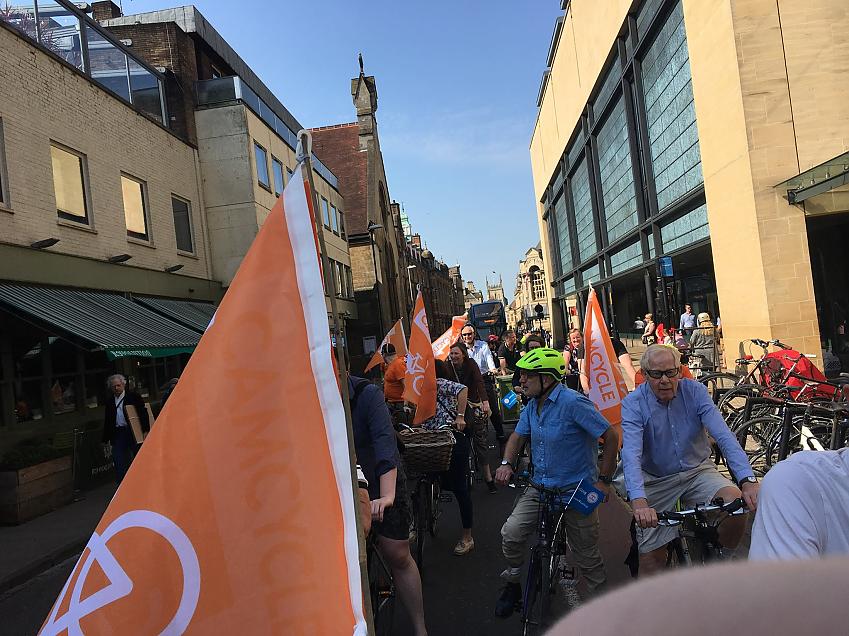 In Cambridge, Camcycle gathered around forty people outside the railway station before heading off on a loop around the city centre. Local MP Daniel Zeichner waved the group off from the starting line, calling Camcycle "the premier campaigning organisation in Cambridge." He went on to highlight a few key problems in the city, picking up specifically on the issue of cycle parking, saying "it will be very difficult to persuade people to take up cycling if every journey is doubled by the time it takes to find a cycle stand." A video of the ride can be found below: 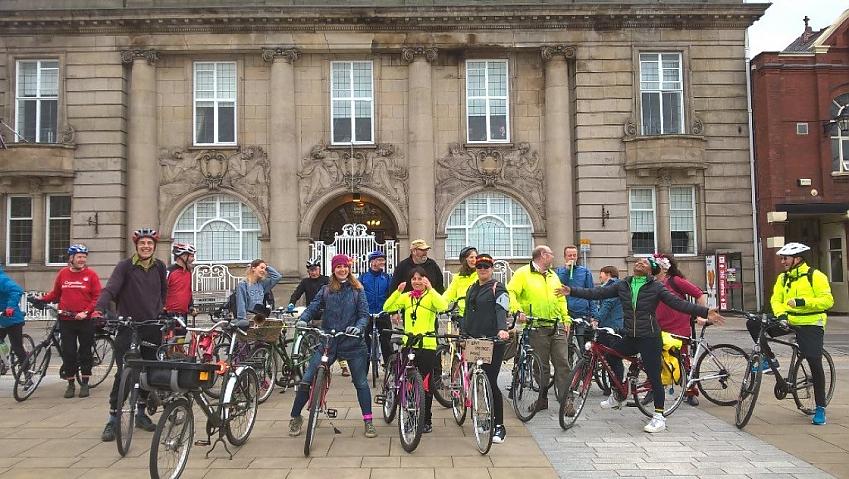 Riders gathered outside the municipal buildings in Crewe as part of their 'Crewetical Mass' Space for Cycling event. Ben Wye helped to organise the event with his CreweACT group and sent through the picture below of a very similar bike ride in the same location in 1965. I wonder how supportive councillors were of cycling back then! 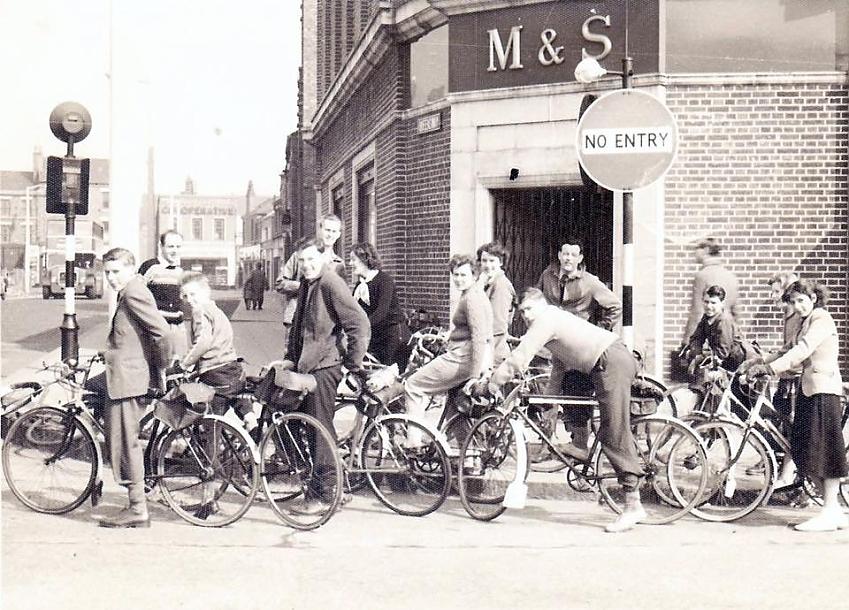 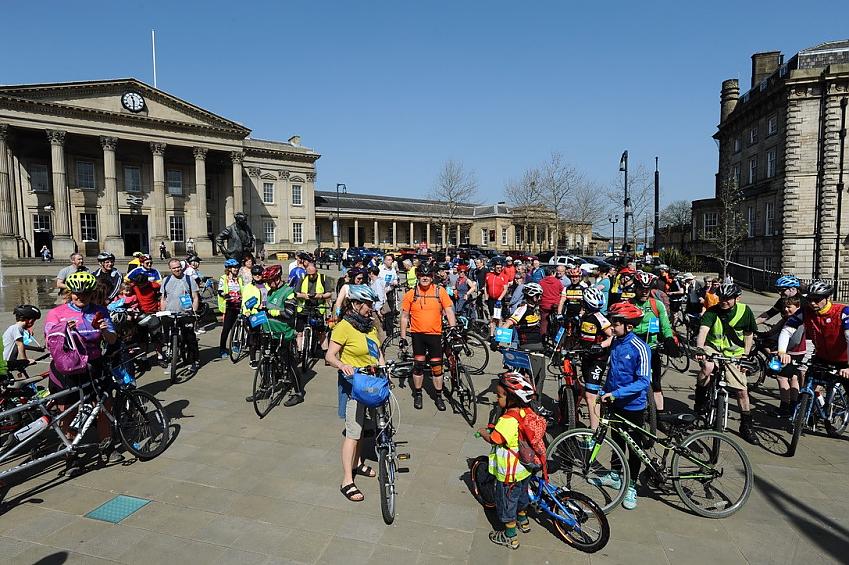 Around 100 people gathered in St George's Square to secure commitments from candidates to improve cycling. Candidates from all parties came along and offered their support. John Lewis, of the Kirklees Cycle Campaign said, "The event was a breath of fresh air. The last few years have been a struggle but we are finally beginning to see cycling form a more central part of the local political debate - I am hopeful that following the local elections, we can begin to be a bit more ambitious with cycling in Kirklees."

The Huddersfield Examiner reported on the event and put together a short film. 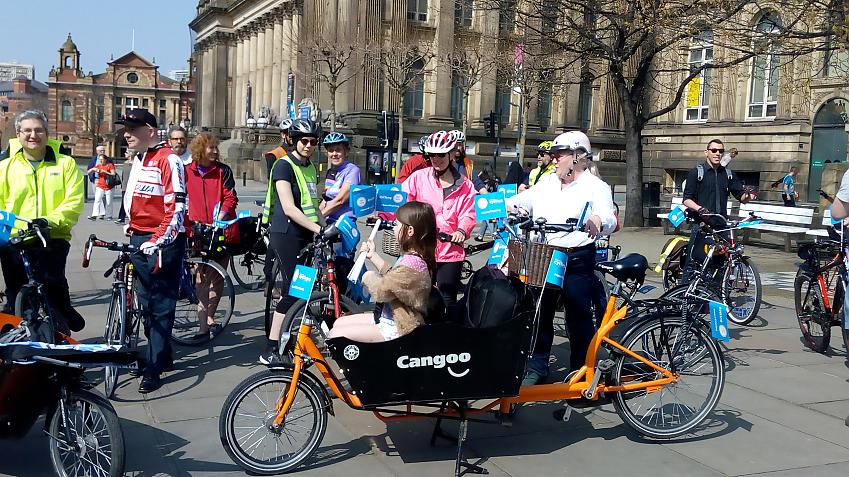 In Leeds, boundary changes mean that all council seats are up for election in a city where councillors are usually elected by thirds each year. The Leeds Cycling Campaign gathered over forty people in Victoria Square to secure the support from as many candidates as possible for improved cycling. Cycling UK's Head of Campaigns, Duncan Dollimore, was at the event. He said, "Our national vision of a country where everyone can cycle requires buy-in at all political levels.The election in Leeds of all council seats is a crucial opportunity for the city to start its cycling revolution and pave the way to get Britain cycling.”

Ahead of the local elections, Leeds Cycling Campaign are trying to get all candidates to pledge to support a motion that would commit the council to plan, invest in and build a comprehensive network of cycleways. You can take action on their website. 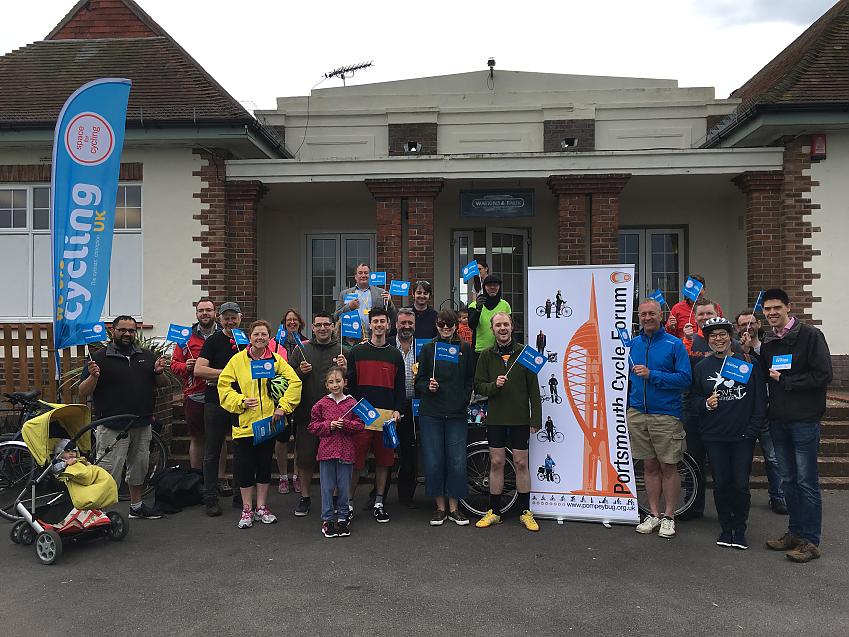 A third of council seats are up for election in Portsmouth. Cycling has been a big issue in the city, since the tragic death of Tim Atkins, who was killed cycling home last year. Cycling UK's Infrastructure Campaigner, Tom Guha, was at the event. Speaking to those present, he said, "It is sad that it took such a tragic event to raise the profile of cycling in this city. The council has done a lot of work to make conditions better but more always needs to be done. As a third of the council's seat potentially change hands, it is our duty to ensure whoever is elected carries on championing the good work that has been started."

200 riders braved the rain and cold to pedal around Sheffield city centre with Cycle Sheffield. As the city prepares to elect its first ever metro mayor for the South Yorkshire region, plus new councillors, a lot is at stake in determining the future of cycling in the city. Cycle Sheffield has already received commitments from many of the mayoral candidates and are hopeful that, whoever is elected, the new political figurehead will help to trigger some positive changes.

In Thirsk, local resident Jacqueline Green organised a ride along the A61 between Thirsk Railway Station and Carlton Miniott Primary School to raise awareness of the need for safe cycling facilities on the road. 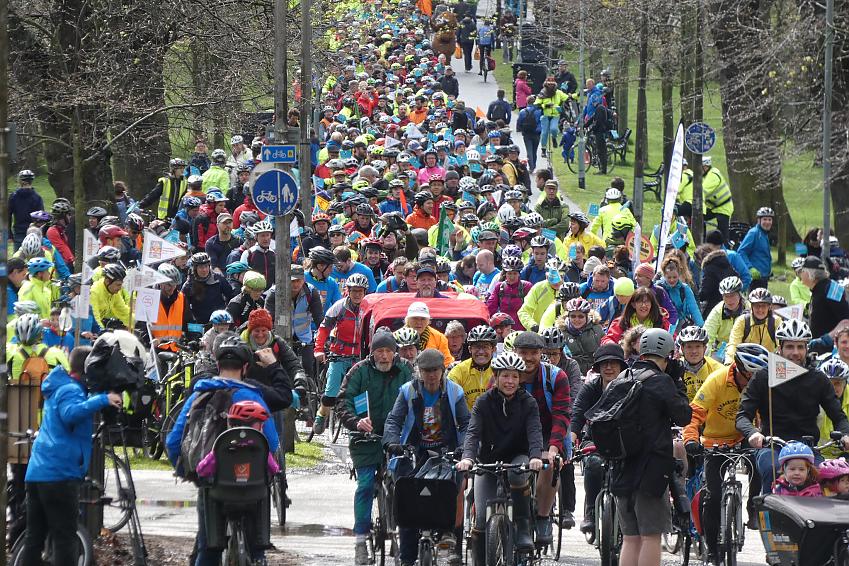 In typical fashion, Pedal on Parliament mobilised thousands of people to pedal out across the three cities of Aberdeen, Inverness and Edinburgh! The record-breaking cyclist Mark Beaumont led the ride in Edinburgh. He said: "While I believe progress has been made over the past seven years to make Scotland a safer country to cycle in, it is massively important that our MSPs understand how vital safer roads and better infrastructure are for everyone.

"It's only through a mindset of sharing roads and respect for everyone that we will see more adults and children feeling safe enough to cycle as part of their everyday lives." 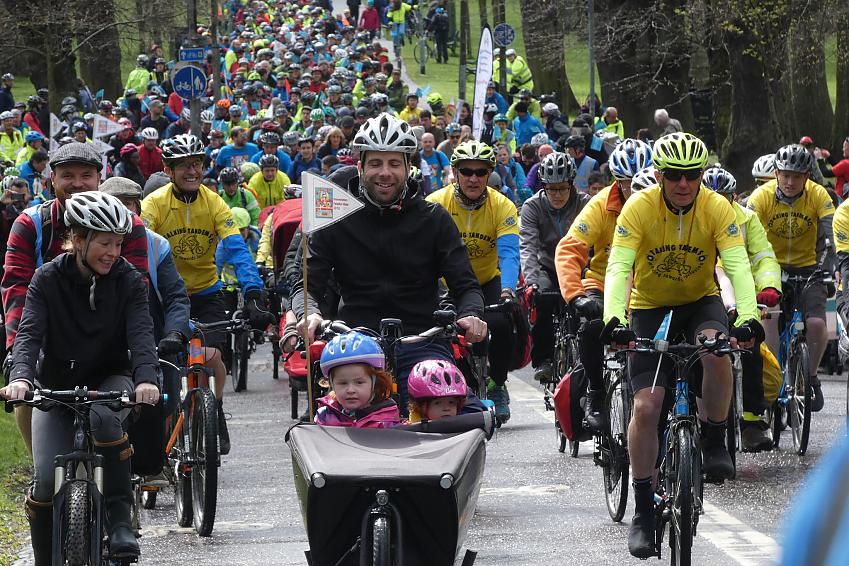 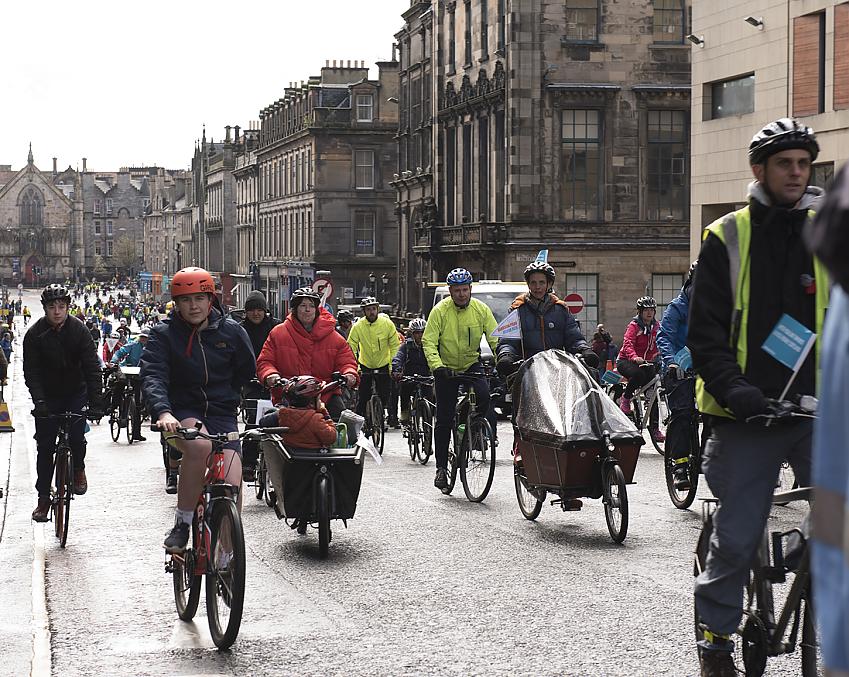 Can Newcastle be a cycle-friendly city for kids? View
Cycling UK continues to support the UK to cycle
This remains true during this difficult period with the ongoing threat of coronavirus Covid-19
Read our latest advice on cycling
Join Cycling UK to help us change lives and communities through cycling
Membership gives you peace of mind insurance, discounts in cycle shops, rides & routes
Join now