Finding imagination and inspiration at the Cycle Show 2017

The Cycling UK stand at the Cycle Show

Finding imagination and inspiration at the Cycle Show 2017

The UK’s largest cycling exhibition happened last weekend at the NEC in Birmingham. It was packed with the very latest bikes and accessories. There were over 350 exhibitors and brands showcasing what they would like us to buy in 2018. Cycling UK's Victoria Hazael took a look at the trends she spotted for the cycling year ahead. 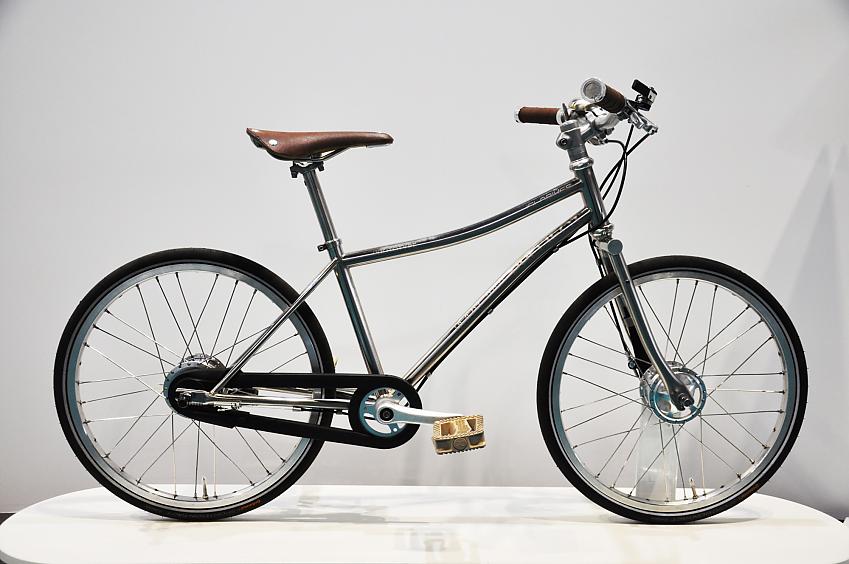 Attracting much attention was Islabikes' incredibly shiny steel Imagine20 prototype. The research and attention to detail on this bike is phenomenal; from the pedals made of rice husks to the Sheffield-sourced stainless steel frame with blasted silhouette logos, there is a reason behind the choice of every part of this children's bike.

Unlike all the other thousands of new bikes at the show, which inevitably will end up in landfill, the Imagine20 is designed to last 50 years and at the end of that, all the parts can be used to make other things. It's the first prototype of The Imagine Project and is a test-bed of new technologies and design ideas. The aim is to create a bike that offers both a superb user experience and one that is 100% sourced and manufactured locally, with circular sustainable materials that are designed both to last as long as possible and to be separated at the end for reuse.

Since Isla Rowntree radically changed the way children's bikes were designed over a decade ago, let's hope she can do the same for the way bikes are made and supplied in the future. The project is already working with Reynolds, Brooks and others, and is open source (meaning it is sharing its research and looking for collaborators across all industries).

Will the rest of the cycle industry and other manufacturers show similar imagination regarding the sustainability of bikes? I really hope so. 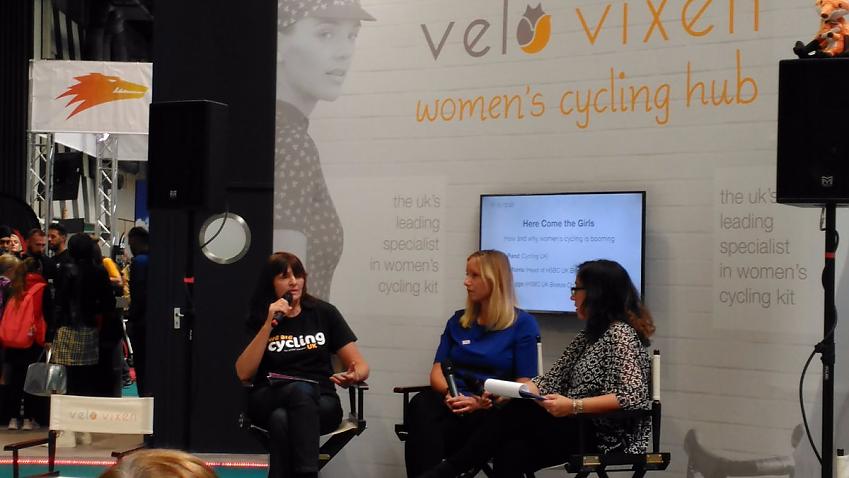 VeloVixen's Women's Cycling Hub was busier than ever, with cycling brands looking to tap into the growing women's cycling market. An advocate for women's cycling for decades, Julie Rand from Cycling UK took to the stage to share her experiences and advice for creating cycling groups for women and to celebrate the success of Cycling UK's Women's Festival of Cycling. 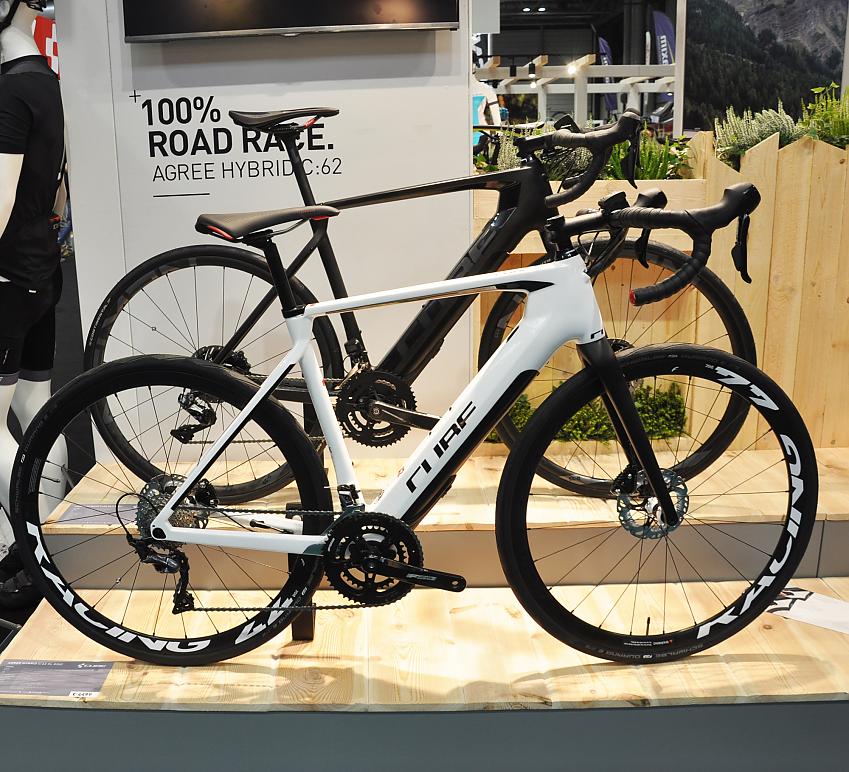 The growth in e-bikes continues but most brands agree that the UK market isn't taking to e-bikes as quickly as the European one. Cube says the British customer wants an e-Bike that doesn't look like one so Cube has worked hard to hide the motor. This is why Cube's C.62 hybrid pedal assist bike (above) offers the choice to remove the battery from its position hidden inside the frame. There were plenty of electric bikes at the show, including the quirky Swytch electric bike conversion kit that can power any bike (see below). 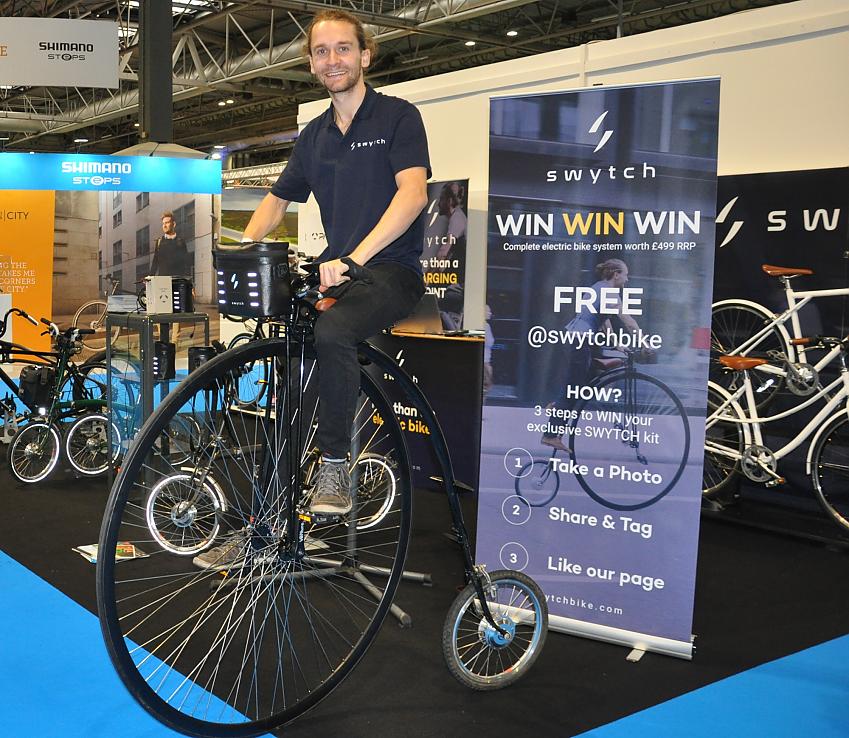 What no front derailleur? 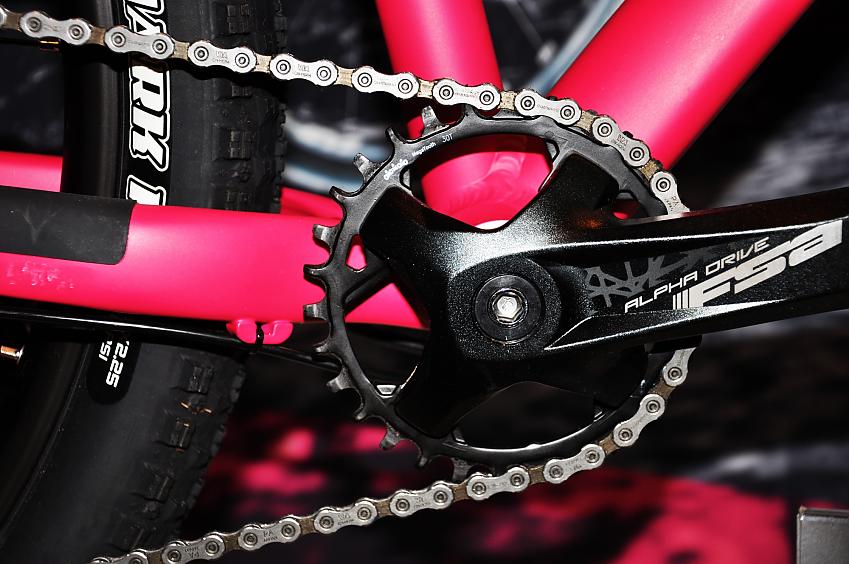 Whyte bikes one by groupset

British brand Whyte Bikes revealed an almost complete switch in their new range for 2018, saying they are confident that one-by groupsets are steadily gaining popularity both on and off-road. 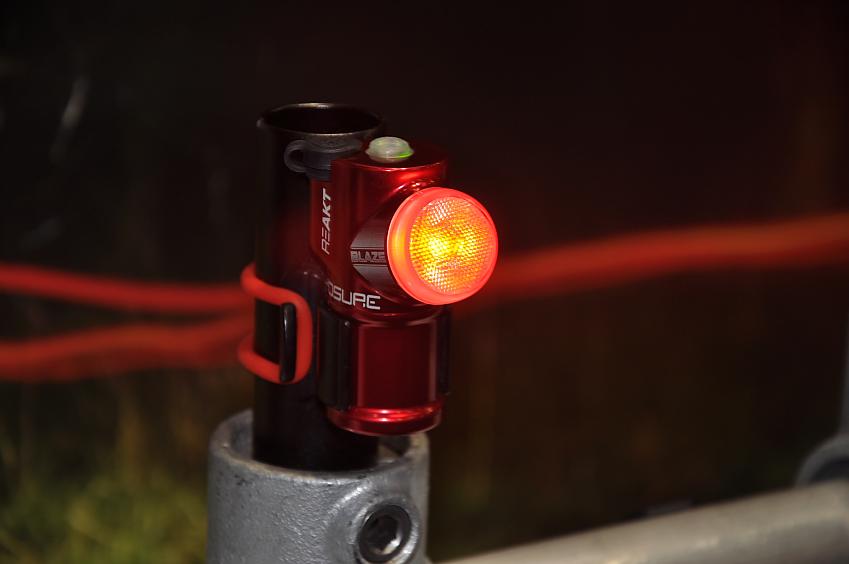 For years, bike lights have just boasted about how bright they are (see Watts, Lumens, Candles and Lux), but that's changing. There's yet more research going in to making bike lights more visible. New technology from Exposure Lights means 2018 brings a rather clever new bike light that knows when you are braking or waiting at junction. The new pulse pattern means it can now be seen from 1km away (on a straight road).

Cycling clothes for all shapes and sizes

As the growth of the brand Fat Lad/Lass at the Back demonstrates, cycling kit should, like cyclists, come in all shapes and sizes. They've ditched the normal small, medium and large tags for measurements instead, so you get cycling clothes that fit whatever your size. There was a queue to get measured! 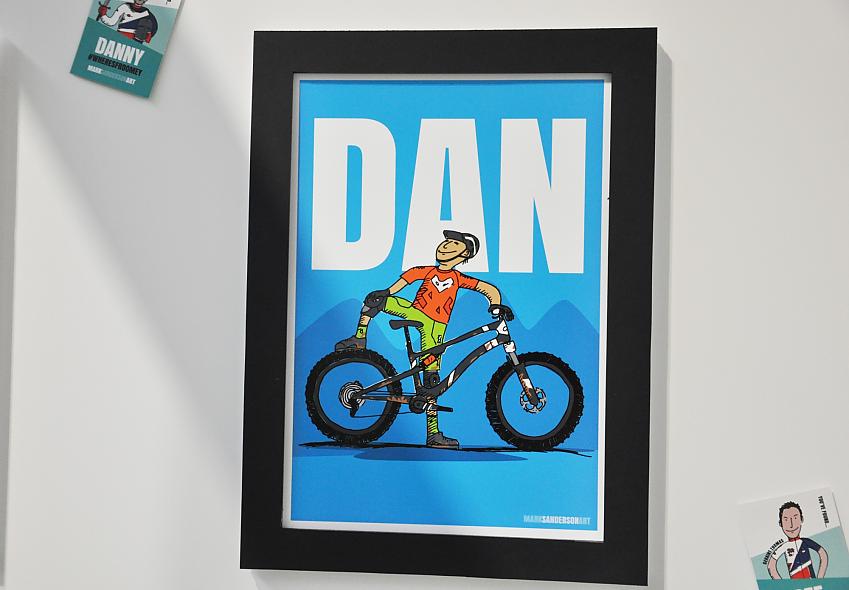 We'd all love a bespoke bike, but if your finances won't stretch to that then try a personalised cartoon of one instead. From cycling tops to accessories, you can now have your name on practically anything. There were some great cartoons and cards from Mark Sanderson Art.  Is this Dan Joyce, the editor of our Cycle magazine?! 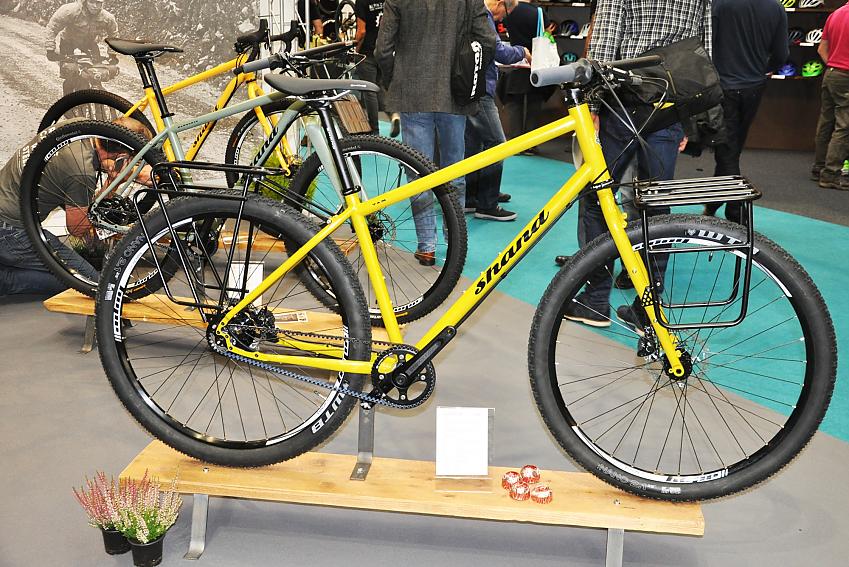 As Scotland is the place I first fell in love with adventure cycling, I was keen to find an answer to the question Shand Cycles have been asking all week on Twitter: "Who is Tam?"

Well I met him, his full name is Tam Rohloff, he’s a beautiful bike and he likes Tunnocks Tea Cakes, so I’m sure we can be friends. Although the price of Tam is still unknown...so the next question might be "Who can afford Tam?"

London Bike Show: What to see this weekend View
Cycling UK continues to support the UK to cycle
This remains true during this difficult period with the ongoing threat of coronavirus Covid-19
Read our latest advice on cycling
Join Cycling UK to help us change lives and communities through cycling
Membership gives you peace of mind insurance, discounts in cycle shops, rides & routes
Join now