Cycling UK continues to support the UK to cycle
This remains true during this difficult period with the ongoing threat of coronavirus Covid-19
Read our latest advice on cycling
Kittel wins Stage 1 Tour de France. Photo with permission from Welcome to Yorkshire
By RhiaFavero
Monday, 7 July 2014

What was it like in the crowd watching the Tour de France? Rhia Weston was in Yorkshire to watch the greatest cycling race in the world whizz by llkley and she didn't take a 'selfie'!

I am fortunate enough to have a brother who lives in one of the towns that the Tour de France passed through: Ilkley, which is just a 45-minute walk from Addingham – the town so good the tour passed through it twice. So I watched the tour whizz by on both Saturday and Sunday.

Decorated for the Départ

Yorkshire really hurled itself into the spirit of the Tour de France: just about every shop window was festooned with yellow, green and spotty decorations; there were yellow painted bikes hoisted onto walls, chained to lampposts, and in the middle of roundabouts; bunting decorated almost every porch; and even the dogs were dressed for the day.

The windows of the famous Betty’s Tearooms in Ilkley displayed a tempting array of bicycle fondant fancies and iced bicycle biscuits. Ilkley Park had been converted into a fun fair with food stalls, two big screens showing the race, and fairground rides. In the town there were street food vendors, street bars, and a salsa band, giving the town a festive feel. 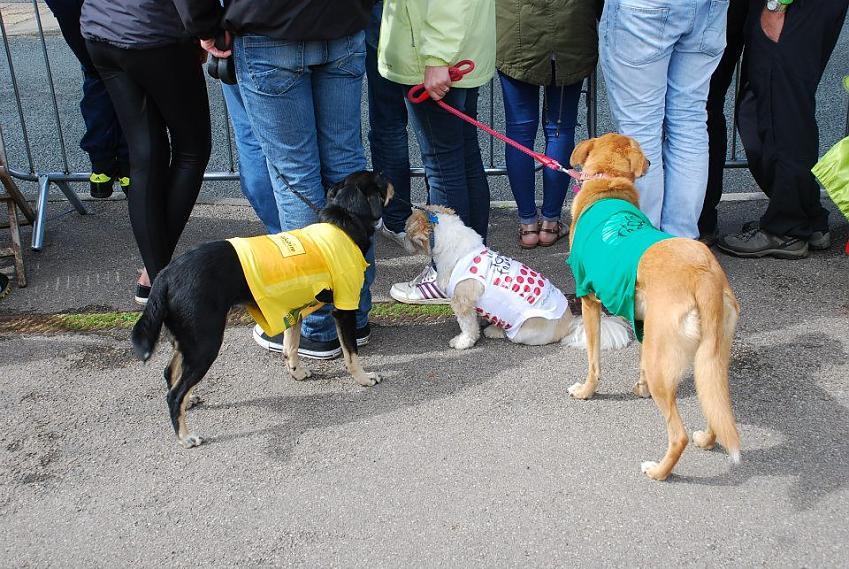 I watched the tour with a five-year-old, who was so excited about it coming that it almost felt like Christmas. This wasn’t surprising seeing as the school-age children had spent weeks in the lead up to the Grand Départ taking part in Le Tour-themed activities.

Many of the spectators I spoke to on the day said the main reason they came along was to experience the unique opportunity of the tour coming to Yorkshire.

When asked why he’d come to watch it, local resident Mark said: "Because of the build up to the event, the way that the whole community got behind it, because it was portrayed as a once in a lifetime opportunity."

I also asked Mark whether he thought the tour would encourage him to cycle more; his response was: "Yes, because it has made the children more interested in cycling and they have been asking to go out on their bikes much more since the build up to the event."

Another spectator, Lynsey, said the tour would possibly encourage her to go out on her bike, which is currently gathering dust in the garage and another local, Guy, said: "I used to cycle a lot when I was younger, but fell out of the habit. The Tour de France has reminded me how much I used to enjoy cycling and got me thinking about taking it up again."

I used to cycle a lot when I was younger, but fell out of the habit. The Tour de France has reminded me how much I used to enjoy cycling and got me thinking about taking it up again."

Our viewing point in Ilkley was on a section of the course where the crowd was thin - not ten people deep as it had been in the centre of Leeds or Sheffield, and we were only a two-minute walk from my brother’s house, which meant we could easily head back for some boredom-forestalling cold beers whilst we waited for 'la caravane publicitaire'. The rendition of ‘On Ilkley moor baht ‘at’, led by one of the tour makers, eased the tedium of waiting.

We soaked up the sun and chatted with our neighbours to while away the time. Other spectators picnicked in their front gardens and drank champagne whilst perched on specially erected scaffolding where they could get a good view of the riders. 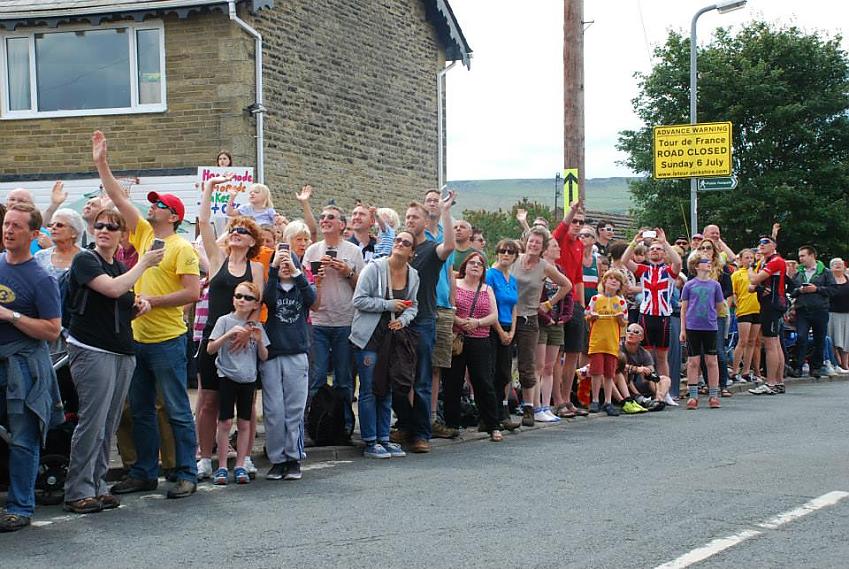 The caravan was something and nothing – it whizzed past so quickly that there was barely enough time to take on board what brand was being promoted, and to my disappointment, very few freebies were thrown out to the crowd. The kids scavenged the ground for the goodies that were tossed to the masses. I didn’t feel I could do the same, although I secretly coveted a spotted Carrefour cap.

...was definitely worth it

All the hanging around was definitely worth it though when the crowd exploded cheering and clapping as the breakaway came past, then finally the moment we’d all been waiting for: the whoosh of colour and muscle that is the peloton. Those few seconds when I was close enough to touch the tightly packed riders were intense and exhilarating. Then, almost before I’d begun to enjoy it, it was over...