Whether it’s through e-bikes or targeted events, we need to welcome newcomers to cycling with open arms, says Chief Executive Paul Tuohy in his latest blog.

Summer has well and truly arrived, and what a summer of cycling it is for Cycling UK! I’m writing this on my summer break, high in the Alps near Lake Annecy, with the Tour de France on live TV and amateur riders regularly passing our chalet. So I’m in the zone, despite the temperature being in the low 30s.

The difference I’m noticing from previous visits to the Alps is the rapid growth of electric bikes for local cycling. I recently bought two e-bikes to keep here because friends and family who visit love the idea of cycling but are put off by the mountainous terrain. The e-bikes mean they can join their fitter, more experienced companions for a spin if they wish. I’ve been using one of the e-bikes for the bread run in the morning, too, as it’s just so much fun. In the latest edition of Cycle magazine we’ve got an interesting piece on how you can convert an existing bike into an e-bike using specialist kit, so maybe I bought our e-bikes too soon!

Friends and family who visit love the idea of cycling but are put off by the mountainous terrain. E-bikes mean they can join their fitter friends for a spin.

In June, I took part in a stage of the Cities of Culture Tour with Dan Howard, Chair of our Board of Trustees. We were there thanks to fellow Trustee Janet Atherton, who has been involved in this event since its inception five years ago. The event encourages people working in public health to practise what they preach. I met some wonderful people who love cycling. There was support on some stages from Member Groups from Wales and Merseyside, with Cycling UK stalwarts Roy Spilsbury and Don Thompson helping out.

It was the first time that we got to road test the new Cyclists’ Touring Club heritage jersey, and it really turned heads. It’s very retro, and made of a merino wool blend. Despite the warm temperature on the day I was there, it was still cool to ride in and look at! The quality is outstanding. Janet had one too, and said that hers fits and washes well. It will be available to buy soon.

Ten years ago, in 2007, Cycling UK staged an exciting new initiative called ‘Five Miles to Fabulous’ to engage women in cycling. This saw activities up and down the country aimed at encouraging women to get back in the saddle – or to try cycling for the first time. It resulted in a number of women’s cycling groups forming, many of which continue today.

To mark the 10-year anniversary, we wanted to showcase the impressive progress that has been made, whilst highlighting that there are many reasons to get women into cycling. Cycling UK’s ‘Women’s Festival of Cycling’ ran throughout July 2017, providing a programme of rides and activities to celebrate, support and promote cycling for women.

We know that by creating the right conditions for female cyclists, many more women can enjoy cycling as a recreational, healthy and useful activity. We are already seeing an increase in women joining Cycling UK to support cycling. If you know someone who needs a gentle nudge to get involved, watch our video or take a look and see if there is a Women's Festival of Cycling ride or group near by.

Finally, a massive thanks to Ian Richardson, our Director of Cycling Development, who leaves us this month after eight years’ service. He has been an absolute rock in helping me grow our charitable services around cycling. Now, he and his wife have the challenge of a wonderful B&B in beautiful Llandudno to keep them occupied. They will be promoting cycling as part of their venture, so if you’re planning a break in Wales, look them up. 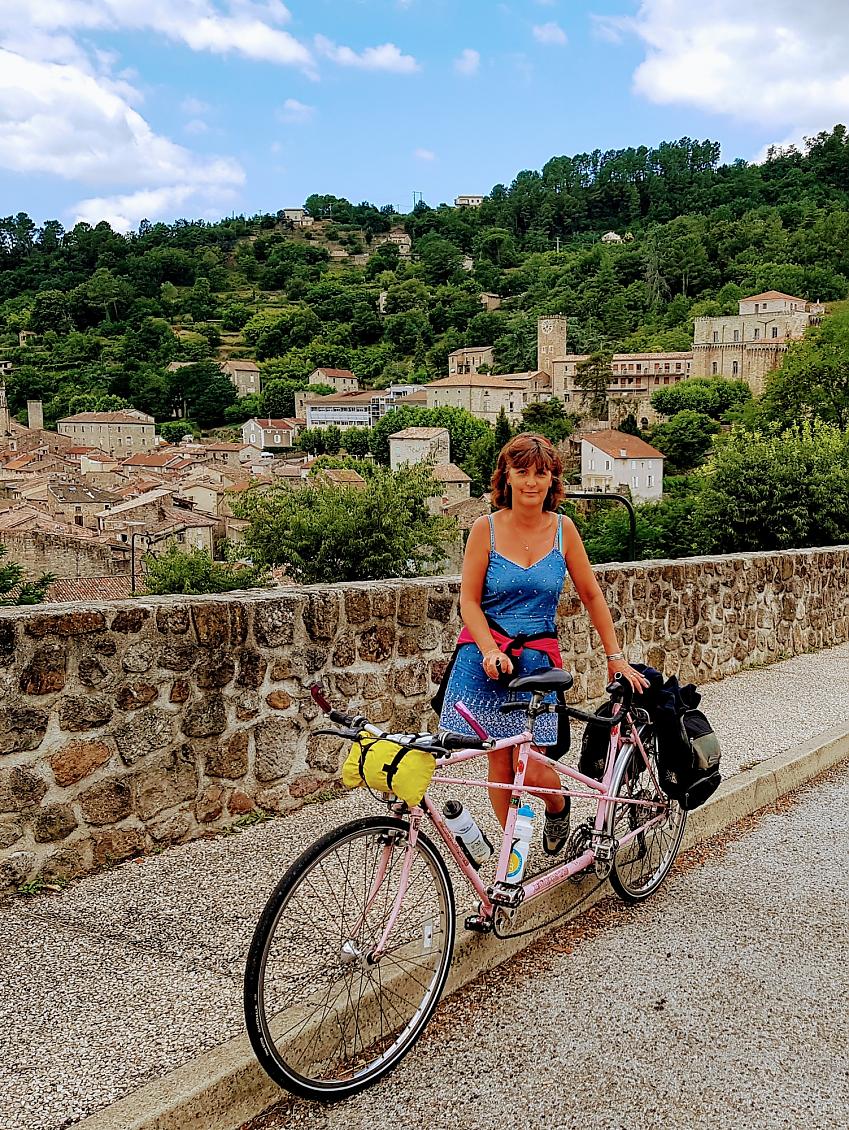 Above: The Tuohy's tandem tour in France