Rachel Aldred is the Professor of Transport at the University of Westminster and the Director of the Active Travel Academy. She looks back on a very different year of research and teaching.

2020 has been a challenging year for many of us. It’s been a year where much has shrunk for me. I’m privileged to be able to travel a lot in Europe by train in normal times, and I have missed my long-distance solitary trips, curled up a comfy Deutsche Bahn seat and speeding across the Continent to speak at a conference or give a lecture. Visiting cities from Dresden to Madrid and beyond. I even had a train ride planned to Vienna and Moscow at the end of March 2020.

More mundanely, I’ve missed my cycle commute. I’m also lucky to have what is mostly a pleasant ride to work in London, from Hackney, through Islington and Camden, and then the City of Westminster (that’s when everything goes downhill, sadly in a figurative rather than a literal sense). This commute has improved over the eight years I’ve been making the journey.

At the time when I stopped commuting, Hackney had put in some more modal filters (removing through motor traffic) on estates that I cycle through, as well as a bike track on a busy B-road; Islington had improved some of its existing cycle infrastructure; and so had Camden, with transformative effects on the popular Tavistock Place cycle route. While sadly my route didn’t take in any of the spectacular new TfL infrastructure like the Embankment cycle route, there were a lot of mostly smaller-scale improvements that added up to make things quite a bit nicer, at least up until the Camden-Westminster border.

Since March, I’ve only gone into the office five times. I’m aware that being able to work from home is a privilege and that many people haven’t had that choice, but had to continue getting trains or buses, even when they didn’t feel safe. Still, losing my daily commute has felt like a loss: it gives me exercise but a lot more, like seeing the seasons change through people’s front gardens and street trees, looking out for the local cats and recognising the dogs in other cyclists’ baskets.

Since March even more changes have been made under the Covid-19 emergency active travel funding. Hackney has put in more modal filters, making almost all of my route through Hackney peaceful and calm. Islington has embarked upon a dramatic transformation of many neighbourhoods, with through motor traffic removed from much of the popular ‘Seven Stations’ route. Camden has done less on my route through the borough (it has implemented schemes elsewhere), but much of the Camden part was already pretty good with the Tavi Place upgrade.

I started doing more recreational walking and cycling, both in the green spaces near where I live, and in different parts of London

The few commutes I’ve done, the impacts have been impressive, and I’ve been pleased to see people walking or running in the carriageway more, feeling safe without the cars cutting through, able to socially distance and reduce their risk of infection as well as of injury. Although obviously as a cyclist it slows you down, it’s such a pleasure to see people able to take over the whole road, without intimidation from motor vehicles.

I will admit that I’ve been struggling to keep cycling so much without the spur of regular commuting – which I’d normally do 3-4 days a week, rain or shine. I started jogging every day before breakfast, and kept it up for a while, but in the end, I decided I enjoy walking or cycling a lot more.

I started doing more recreational walking and cycling, both in the green spaces near where I live, and in different parts of London. I created an itinerary of interesting places to visit in Enfield (from stately homes to new Low Traffic Neighbourhoods to interesting old houses) and cycled there, taking my time to see bits of my city that I hadn’t previously visited.

I designed my own bike and walking tours of Hackney, Tower Hamlets and Newham, taking in cemetery parks, the Thames barrier, beautifully designed council estates, and historic alms-houses. I’ve remembered that there’s so much to see in London, and that walking or leisurely cycling can be great ways to feel connected to the city past and present, even while I’m separated from friends, family, and colleagues.

One of the most important benefits for me of active travel is head-space, feeling calmer and even day-dreaming a bit (not in Westminster, maybe!) and this has been important under lock-down too, as bedroom turns into study room and it’s hard to find mental space. 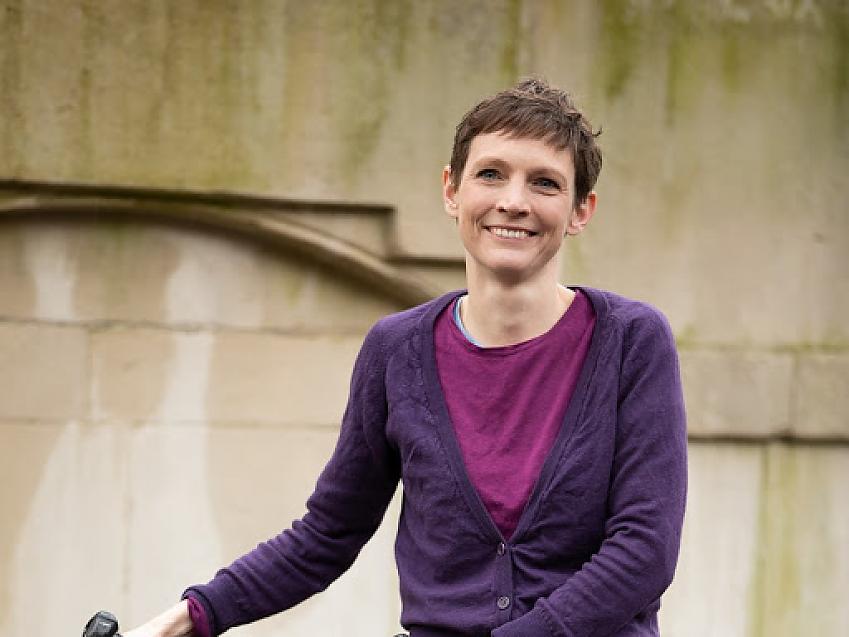 With the pandemic having made a lot of primary data collection difficult, rediscovering secondary data has been important for me as a researcher, too. I’ve been motivated to write a series of articles with colleagues looking at impacts of Low Traffic Neighbourhoods introduced in Waltham Forest in recent years, spurred by the introduction of many new LTNs in London, and the controversy surrounding them.

So far we’ve looked at walking and cycling uptake, car ownership and use, fire brigade response times, injury risk, and crime – it’s amazing what you can do with a number of routine administrative datasets and the locations of interventions that have been in for a couple of years.

One of our findings has been that while crime generally went down in the LTNs we studied compared to control areas, bicycle theft went up – it was kind of impressive to see that the increase in cycling we had measured in another study also showed up somehow in the crime statistics (less impressive for those who lost their bike, of course).

Cycling-wise, I’ve ended up on a high with finally getting to the top of the bike hangar queue and my own secure cycle parking space! Credit to Hackney Council for installing more bike hangars throughout 2020.

Although I still look forward to a time when I’d have to wait a year if I wanted a car parking permit, and get a bike hangar space immediately…