Northern Ireland is being left behind increasing levels of walking and cycling.

Cycling UK's engagement officer in Northern Ireland, Josh Murray, explains how there should be an Active Travel Act in NI too.

A couple of months ago I sat outside a café in Belfast City centre with two men who are well renowned in the world of cycling in Northern Ireland. Jonathan Hobbs, legendary campaigner, best known for his work behind NI Greenways and another campaigner in Stephen McNally owner and creator of Cycul, an organisation that has encouraged thousands to cycle through running events and projects.

Whilst we chatted outside in the cold, observing social distancing and sipping coffee we discussed the topic of active travel and cycling. There was a consensus that there is no better time than the present to see an investment in greener, safer, more environmentally friendly modes of transport. Whilst there was a sense of optimism there was still a chasm of doubt. Since the COVID19 virus hit our shores in Norther Ireland we have heard the right words being spoken by the Infrastructure Minister, Nichola Mallon, but other than a couple of pop-up cycle lanes and the completion of Blaris Greenway we have yet to see any significant investment or action being taken.

A walking and cycling champion was appointed in the department but the role hasn’t quite been given the same clout similar roles in England have been given, such as Chris Boardman in Manchester or Dame Sarah Storey in Sheffield. Even below this role it is evident that the department struggles for manpower and resource, especially now with an added interest in active travel.  The Minister famously said when she first took the role that it wasn’t the ‘roads department.’ This very statement confirms the culture and stigma that has been attached to the Department for Infrastructure that it’s main focus, for a long time, has been on laying tarmac and building roads.

The evidence of this is illustrated in the amount of segregated cycling infrastructure that has been built over the past 5 years:

There has been added pressure in recent months as a result of the actions of England, Scotland, Wales and Republic of Ireland in investment in Active Travel. Eamon Ryan, Transport Minister, made the headlines by committing 20% of the Republic’s annual transport budget for the next 5 years on Active Travel. To put that in perspective, that comes to the sum of €360 per annum, €66 per head. In comparison we have a £20million blue/green infrastructure fund, which is to include non-active travel measures and mere £2 spend per head.

Caroline Bloomfield, Director of Sustrans NI said in a recent interview with the Belfast Telegraph "With this differential in spending you can see how Northern Ireland is being left behind".

So the question beckons, what must be done?

Liz Loughran, Walking and Cycling Champion presented to the Infrastructure Committee in Stormont citing that a change in culture was required. Not just by the department but by people and society as a whole. We need to move away from car dependency and moving traffic to moving people through active travel measures.

What I have said so far might suggest I am criticising the department, and I suppose to a certain extent I am. However, I am well aware of the circumstances that have brought about the situation we are in. The political landscape for the past decades has lent itself to a focus on roads, there was a 3 year period where the department had no Minister and no one could have predicted the added importance Active Travel would have as a result of a global pandemic.

I feel it wouldn’t be fair to flip the coin and look at the good things the department has done in recent months. I have previously mentioned the pop-up cycle lanes and the appointment of the Cycling and Walking Champion. We have also seen the creation of a Walk and Cycling Advisory Group which includes key stakeholders feeding directly to the department, investment in Greenway projects to the sum of £2.8 million, £2 million to be spent on 20mph traffic calming measures outside of 100 schools and most importantly a commitment from the Minister to leave a lasting impact on Active Travel as a result of her time in tenure.

Could there be an Active Travel Act?

Is there anything that could aid Nichola Mallon in leaving behind such a legacy?

This leads me back to my conversation with Jonathan and Stephen. Stephen asked if we all had one wish to help change the current situation what would it be? My answer, an Active Travel Act.

Having had conversations with my colleague, Gwenda Owen, in Wales and Cycling UK member, Chris Roberts, who was part of writing the Welsh Active Travel Act back in 2013 it got me thinking of the impact and value having such legislation could have in NI. Not only would it bring Active Travel to the forefront in terms of decision making and planning it would mean that the culture within the Department for Infrastructure would change from consideration towards Active Travel measures to an obligation to include them.

Chris Lyttle, Alliance MLA, supported our claim in the Assembly on Monday,

If an Active Travel Act was brought forward there would be a statutory responsibility to fund a way of life that will have a huge impact on our current society.

We very much support Sustrans in these asks and believe an Active Travel Act would enable the department to make the decisions and investments to turn these asks in to reality.

I believe that Cycling UK CAN help make this happen.Through getting involved in our new Cycle Advocacy Network we can work together in localised areas to campaign and lobby our councillors and MLAs to ensure that Active Travel measures are at the forefront of their thinking and decision making. Active Travel has the luxury of having cross-party support in Northern Ireland. This coupled with your help in lobbying and talking to your local politicians can help bring forward an Active Travel Act and ensure this piece of legislation achieves its aim of changing the culture in how we travel.

I'd love to hear from you if you are interested in shaping the Cycle Advocacy Network for Northern Ireland. Contact me via email joshua.murray@cyclinguk.org. 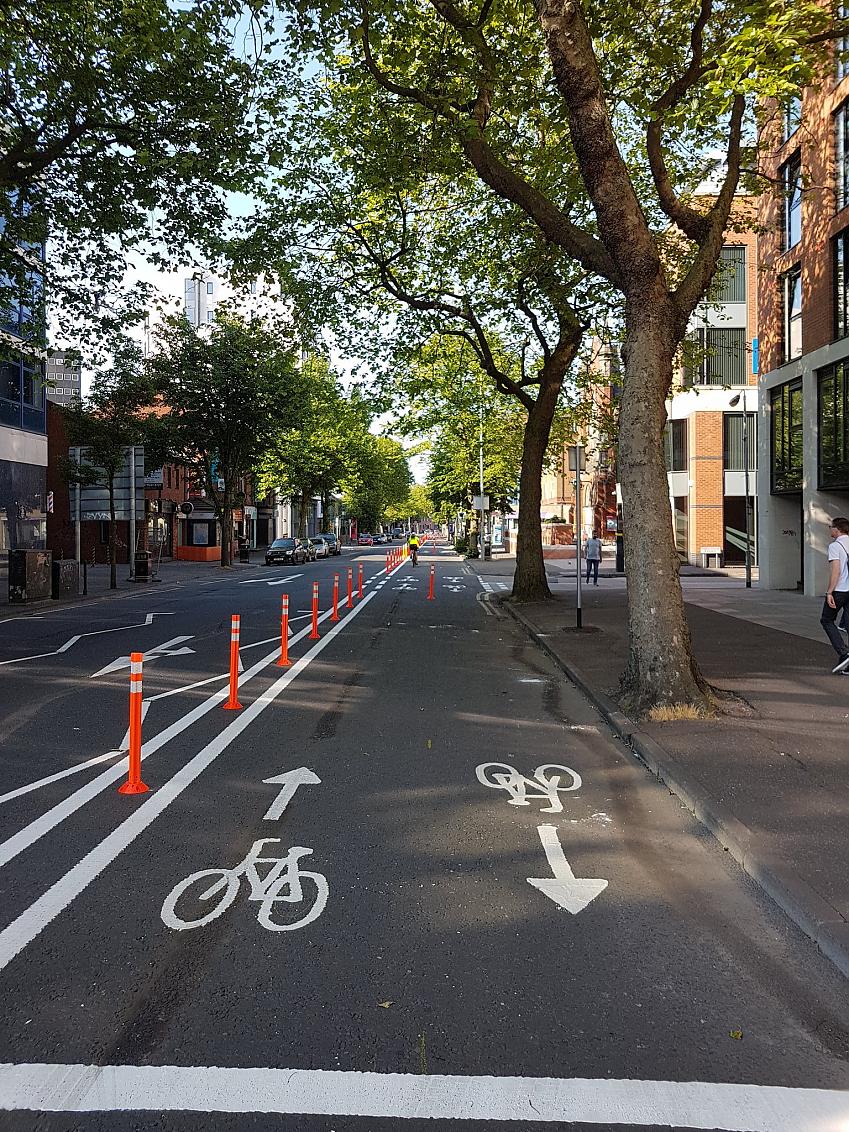 If you want to help join our new Cycle Advocacy Network. We can work together in local areas to campaign and lobby councillors and MLAs to ensure that Active Travel measures are at the forefront of their thinking and decision making.

How cycling can benefit businesses in Northern Ireland View