We came, we saw, we pedalled on Parliament

We came, we saw, we pedalled on Parliament

On 26 April 2014, thousands of people from across Scotland (and further afield!) descended upon the Scottish Parliament to show politicians that more investment is needed for cycling and active travel.

Pedal on Parliament is only in its third year, but already its momentum and influence is being felt across Scotland. I attended for the first time last year as a relatively new cyclist and had my eyes opened to the sheer diversity of cycling and how this most humble of things can generate positive shock waves throughout society.

This year I was particularly excited about #POP2014 with my CTC hat on, having joined the CTC Scotland committee in November and keen to support the cycling cause in as many ways as I can. After rounding up a big group of friends, supporters, colleagues, Belles on Bikes and an extremely cute baby (cycling is for everyone!), we descended upon the Meadows in Edinburgh for some good, proper protesting on pedals. 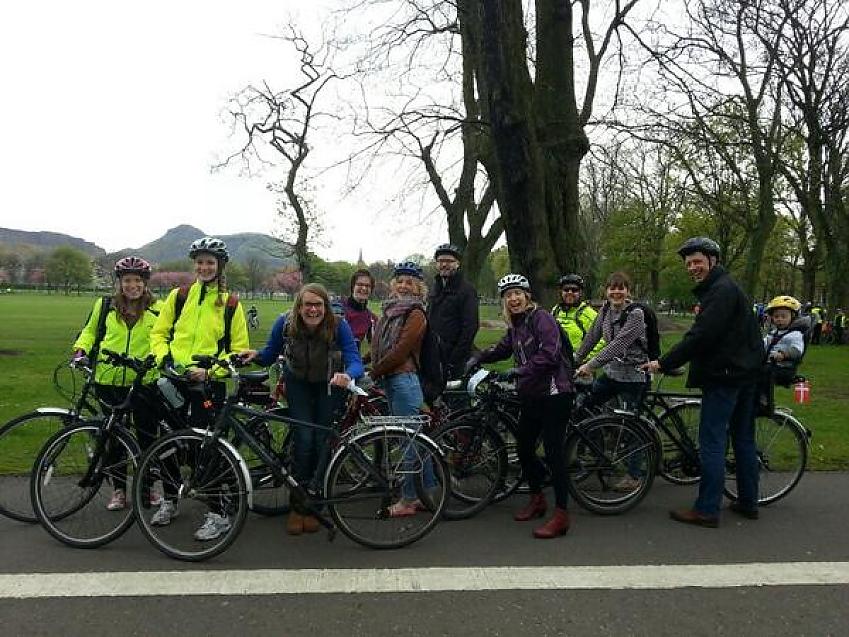 We arrived in good time, but already the queue of participants stretched all the way up the Meadows. People from all kinds of backgrounds and cycling persuasions were in attendance; roadies with light-as-a-feather steeds, mountain bikers complete with cool t-shirts, fixie fans with big beards, lots of high vis, lots of jeans and jackets, families with wee ones, tandems, cargo bikes, Bromptons - the lot. CTC was represented by member groups from across the country, individual members and the CTC Scotland committee. What a wonderful spectrum of people to show Scotland's politicians that cycling is a truly inclusive activity that has so many wonderful benefits!

After a minute's silence to remember those who have died on the roads, a mass bell ringing preceded the official Pedal on Parliament. Thousands of people on bikes took to their saddles to support better cycling infrastructure, more investment in education and a shift to more liveable, sustainable transport planning.

The atmosphere was lively and electric as we passed through the heart of the city. Tourists and locals alike lined the streets and snapped photos as we all cycled past. 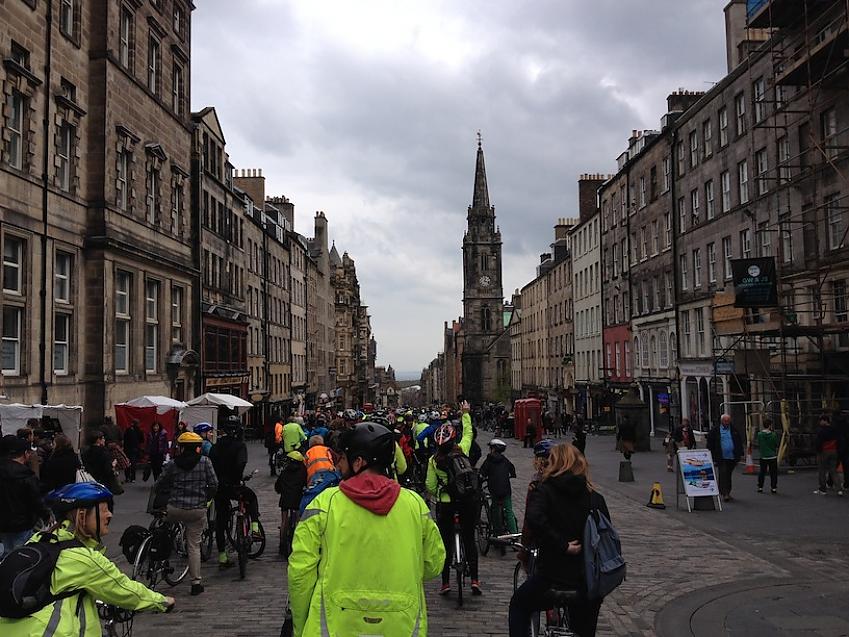 Down at the Parliament itself, I was positive that this year's numbers exceeded last year's by a reasonable margin. There were so many people out to support cycling in Scotland. Once everyone made it down from the Meadows (it took quite a while as there were so many!), the speeches from politicans commenced.

This year, CTC Scotland was very pleased to see the Transport Minister Keith Brown MSP in attendance, his first year at PoP. His speech was short but to the point; this government is the most invested of all Scottish governments in active travel. He made it clear that more needs to be done, that infrastructure needs to be developed and that behaviour change doesn't happen over night.

All very relevant points - but actions speak louder than words and until considerable financial investment is made in Scotland's cycling infrastructure cycling will struggle to become a "normal" way of life. Once people feel safe on their bikes because they can use considered and properly planned roads and routes that cater for more than just cars, then we will see true behaviour change. 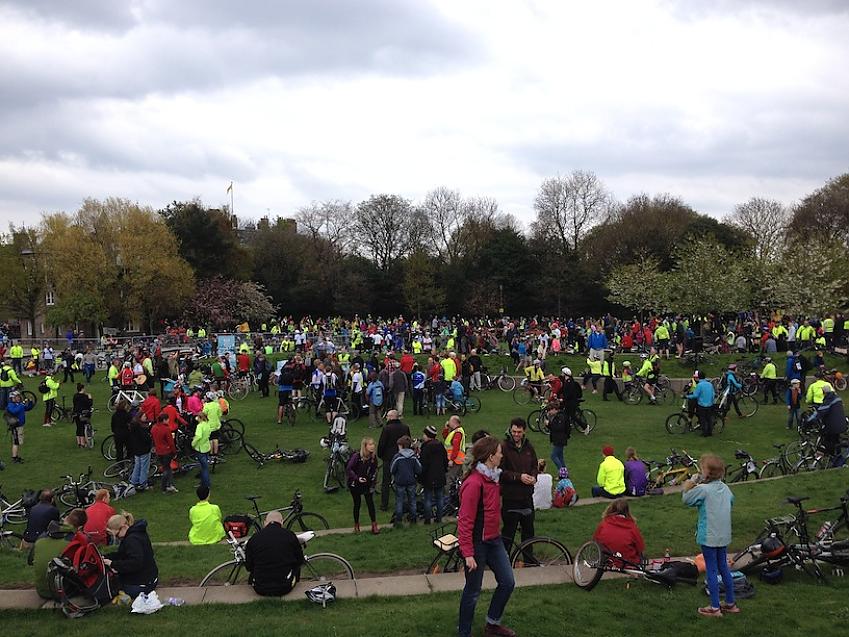 Other political parties were represented with the Greens, Liberal Democrats, Labour and the Conservatives taking their turn with the mic. All echoed similar themes - that  more investment in cycling needs to happen now, that the humble bike is a genuine solution to climate targets, health issues and a more sustainable way of living, and that investment is a commonsense spend that will see real, tangible benefits to Scotland. What's not to love?

All I can say is congratulations, cyclists. We did ourselves proud. We came in droves, we supported the cause, we showed the politicians that the bicycle is not a marginal thing; it can be embedded in every avenue of life and so it should.

What comes next is more pressure. Lobby your local councillors, tell your MSPs that cycling investment is a priority, shout loud from the rooftops and fly the flag. Email them, tweet them, write them a letter, attend local surgeries, leave them a note on their blog or Facebook page. It all adds up.

We are a noisy and powerful lot when we get together (as PoP attests) so, much like climbing an epic hill, let's just keep pushing. Well, that's my philosophy at least :)