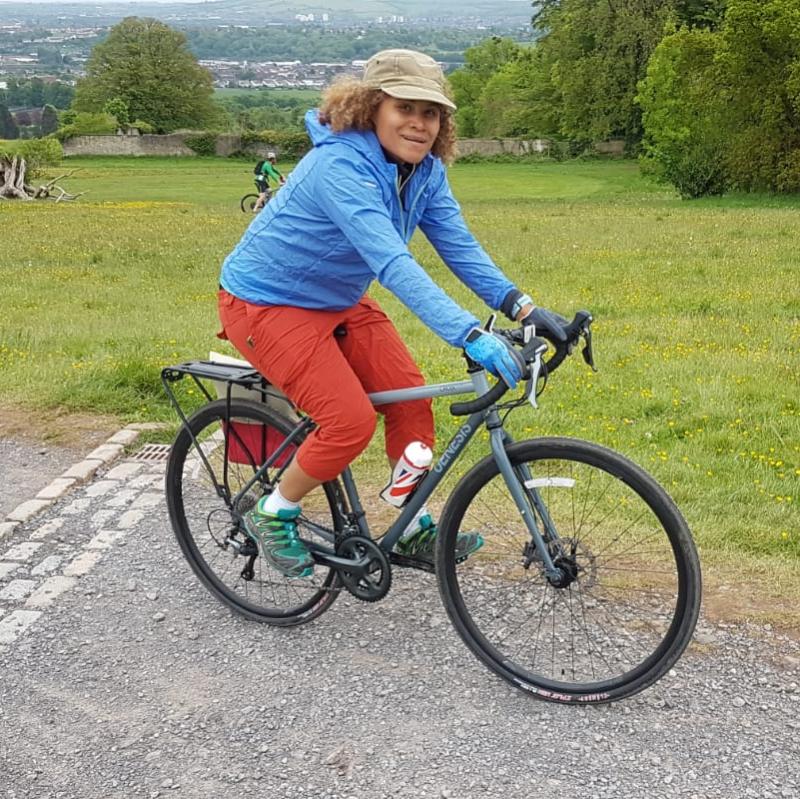 Zoe first started cycling aged three but paused when she started a family, as it took some time to gain confidence riding with a child. Conscious that many women experience this same anxiety, Zoe set up a family cycling group, leading rides and offering child seat options, and a Dutch cargo bike. Since becoming a cycle instructor Zoe’s aim has been to make cycling more inclusive and accessible to all women. 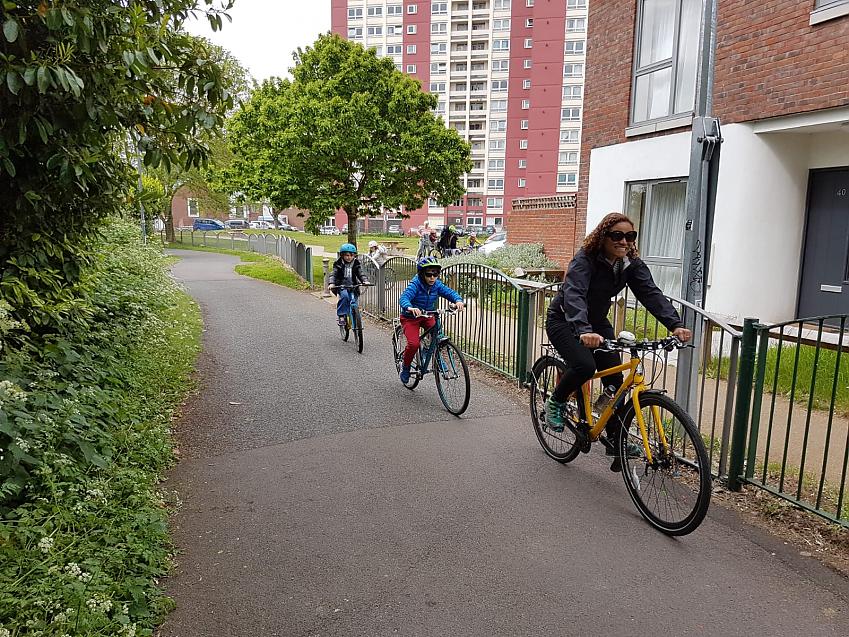 "I have cycled since I was a little girl - I must have learned when I was three or four - and I haven't stopped since then. Sure, some periods of my life have involved more bike riding, but as a kid, it was often how I got to school, met with friends or to do my first job which was a paper route.

"I've always enjoyed using my bike for commuting, and for fun, but all of that changed when I had a baby. Despite being confident and used to riding a bike with heavy panniers, I was really worried that I wouldn't be able to balance with my child on the bike too. Unfortunately this meant that for a long time, my partner always had the baby on his bike. When I finally gave it a go when my child was about two and a half, I found it much easier than I anticipated and kicked myself for waiting so long. I realised that other parents, especially mums, might be experiencing the same thing and wanted to do something about it, so I started a family cycling group, leading rides and offering different bikes with seats in the front or back, and a Dutch cargo bike, so they could try things out before buying. And also, get out for something fun and active with their kids.

Teaching women from black, Asian and other minority ethnic backgrounds to cycle has been one of the most rewarding jobs I have ever had. I want cycling to be inclusive and accessible to all kinds of women: we deserve to take up that space just as much as men

"Around this time I became a cycle instructor as I realised that women who didn't grow up in similar backgrounds often had never learned to cycle as girls and were missing out. Teaching women from black, Asian and other minority ethnic backgrounds to cycle has been one of the most rewarding jobs I have ever had. I want cycling to be inclusive and accessible to all kinds of women: we deserve to take up that space just as much as men."

Zoe was nominated for the 100 Women in Cycling by Abiir Shirdoon, who said:

"Zoe has asked me to join a Kidical Mass Ride she was organising and first I hesitant because I didn’t cycle since I was a teenager, but then I gave it a go. I joined the ride with my two daughters who Zoe had in her dutch tandem bike. I loved the experience so much, it felt such like when I was a child. I joined a few more rides with Zoe, she also encouraged me to train as a cycle instructor to help more women to cycle. Zoe is a true inspiration and has awakened my love for cycling again."