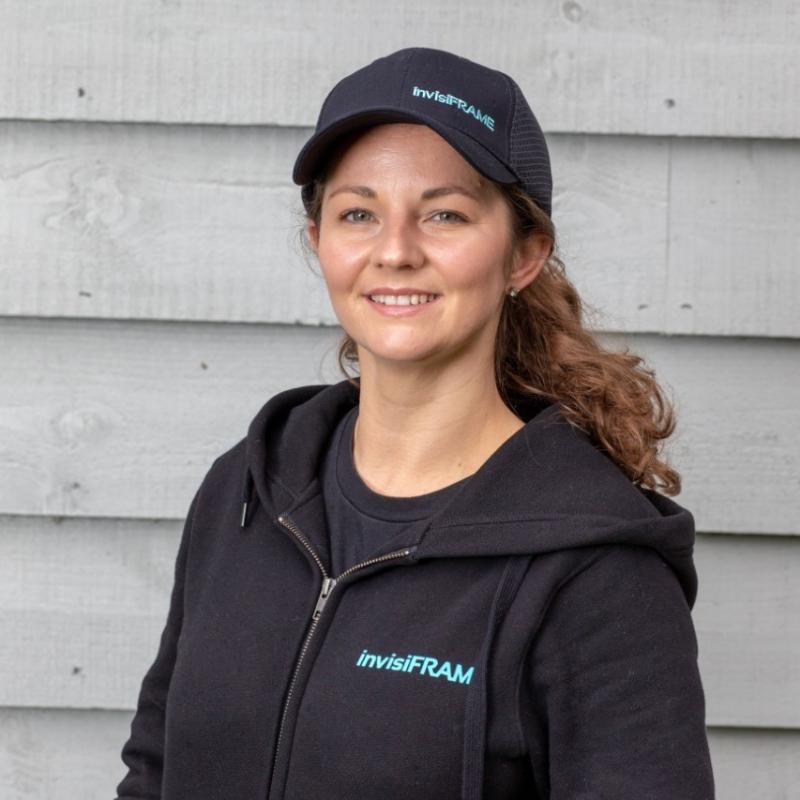 Vicky along with husband Lee, own and run invisiFRAME the specialist frame protection business based out of Shropshire.

Along with their team (which is 50% female), Vicky is driving invisiFRAME forward both here in the UK and also internationally, and also championing women who want to get into the cycling industry.

“My husband Lee set up invisiFRAME after he wanted to protect his own bike and got asked by friends to protect theirs as well. As the company grew and we became busier and busier, I left nursing and now work full time running the operational side of the business.

“I often get asked about being a woman in the bike industry but I wouldn't say it is any disadvantage. I know our product and I know our customers. That aligned to having a great team around me (here at invisiFRAME 50% of our workforce are female), enables us to keep growing.

“We have been fortunate enough to have had many highlights over the years, most recently being nominated for a Shropshire Business award has to be up there as a personal highlight as we were up against some huge businesses as well as some fantastic niche businesses.

“Every time we get a product review in magazines or positive feedback from customers, makes me immensely proud of what we do here at invisiFRAME and spurs us on to keep doing what we are doing.

“We are seeing the top female athletes get increased coverage, but we still need to keep banging the drum for the ones coming through.

“We are coming out of the era of male and female-dominated sectors and it is all up for grabs. A great example of this would be my mother’s era of nursing which was dominated by female nurses compared to my 10 years of nursing where I worked alongside many great male nurses.

“In general, the profile of female sports has improved no end. Hopefully with the increase in women’s sports it will have a positive impact on females joining the competitive world of cycling.

“If I could give one piece of advice to women entering the industry, it would simply be there is nothing to worry about; the guys in the industry from distributors to mechanics and everyone in between are great fun and I have always felt completely equal. Be yourself and enjoy working in a very cool industry.”