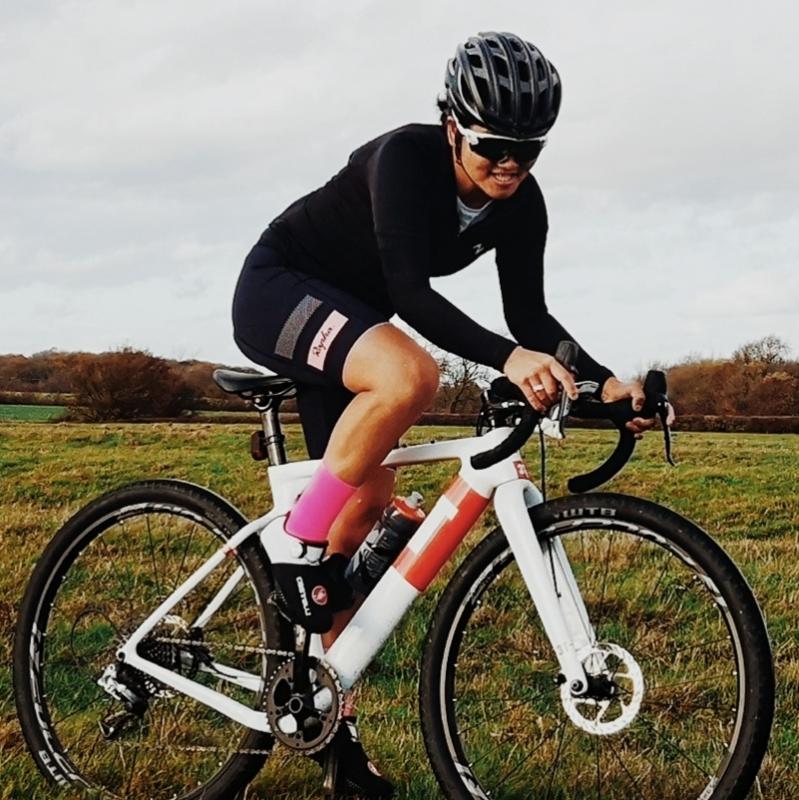 Founder of the Switching Gears Festival

Tamzin started cycling after she realised it was quicker to get around by bike at university rather than use public transport. She now enjoys bikepacking and ultra-distance cycling. Tamzin works in the active travel sector and is fuelled by stories of people who thought cycling wasn't for them. She aims to help people look beyond stereotypes and make cycling an activity for all.

"I had the privilege of learning to cycle as a child, but I would say I started cycling at university when I realised it was a lot quicker and easier to get around by bike than it was by public transport. I now enjoy bikepacking and ultra-distance cycling and can most often be found bumbling around the Cairngorms with a suspicious snack to ride ratio.

"Recently I was supported to train for the Pan Celtic Ultra Distance race by a group of amazing organisations who recognized a lack of diversity in the field and wanted to make a change. Unfortunately I broke my leg just before the race, but it has taught me a lot about representation and why it is so important, for those of us who can, to show that it is a sport for everyone.

"Being LGBTQ+, female, and a woman of colour it took me a few years to find my niche within the cycling community and I am incredibly passionate about creating and supporting those spaces for anyone who has felt the same.

"Active travel and cycling play a huge part in tackling wider issues such as the climate crisis and transport poverty. As much as I love cycling for sport, I want to help people look beyond the stereotypes and make it an activity for all no matter how or why they choose to ride. I now work in the active travel sector, and I am constantly fuelled by the stories I hear, particularly from those who thought cycling wasn’t for them.

"I recently brought together a webinar series around the topic of inclusive cycling and, despite initially feeling overwhelmed by the amount of work we have to do, I learnt that there are some amazing people and organisations out there and feel optimistic for the future."

Being LGBTQ+, female and a woman of colour it took me a few years to find my niche within the cycling community and I am incredibly passionate about creating and supporting those spaces for anyone who has felt the same.

Tamzin was nominated for the 100 Women in Cycling by David Place who said:

"She has demonstrated passion, drive, energy and courage in recently setting up the successful Switching Gears Festival addressing fundamental questions about barriers to cycling for marginalised groups."

Alistair Macleod also said: "Tamzin has led a drive for inclusivity in cycling, bringing together universities and organisations across Scotland through the Switching Gears Festival whilst representing women of colour at sporting events such as the Pan Celtic Race."