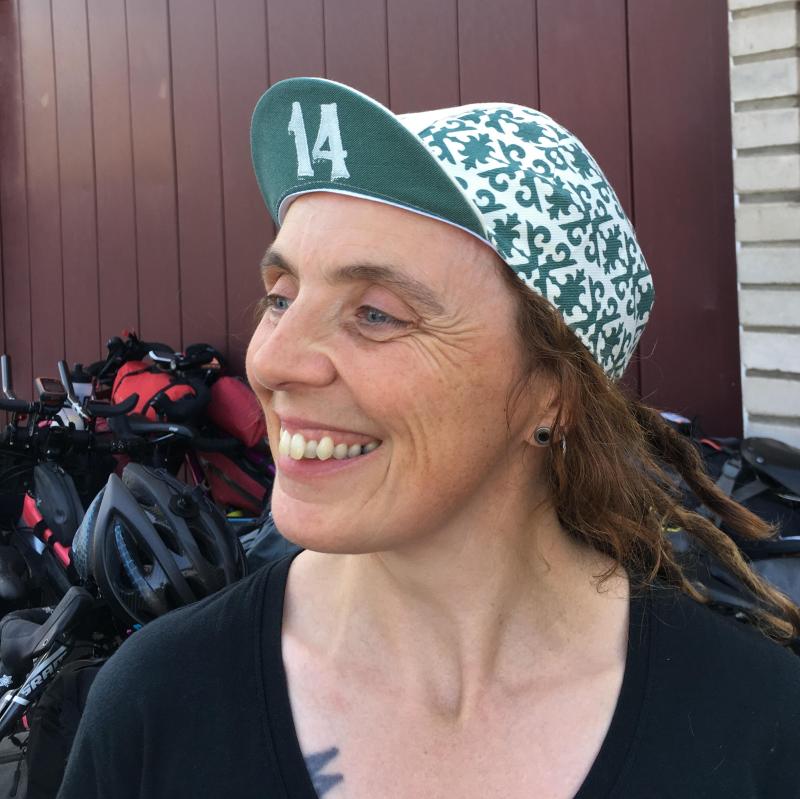 Shona is the owner of specialist touring and adventure bike shop 'Keep Pedalling' in Manchester which was set up 12 years ago. Always happy to share her experience and knowledge with customers and encourage their ambitions. Shona also participates in ultra-endurance events and despite often being older than many of her competitors appreciates the ability of being able to do something you love no matter how difficult.

“I’m half of Keep Pedalling, a specialist touring and adventure bike shop I set up with my partner 12 years ago.

“We decided we wanted to open a bike shop that focussed on the type of riding we enjoyed and were doing, at the time this was touring both road and off road, and bikepacking. In the North West this was under represented plus we also wanted to be the type of shop where everyone was treated the same, female, male, non-binary we were never going to pre-judge people or what they were thinking of doing.

We also wanted to be the type of shop where everyone was treated the same, female, male, non-binary we were never going to pre-judge people or what they were thinking of doing

“I was always happy to impart any experience I might have had from our tours and trips in the UK, riding across Africa or other places we’d been fortunate enough to travel to.

“It’s been incredibly rewarding to see so many people who have never seen themselves as cyclists or not confident about setting off on a trip head off and come back 12-18 months later having cycled the length of the Americas, to Australia or even just the coast to coast or across Manchester.

“As our business got busier we found it increasingly difficult to fit in our tours so instead we started taking part in ultra-endurance events, this allowed us to still cover a fair few miles in interesting places but at a quicker pace. We race as a pair and find it quite a relaxing way to spend time together away from the shop.

“I’ve been one of only three female finishers of the first Silk Road Mountain Race, completed the HT550 and the Atlas Mountain Race to name a few.

“As an ‘older’ competitor I’m never going to at the front of these races and on occasion have doubted my abilities when lined up against people half my age. But with age comes experience and an appreciation of being able to do something you love no matter how tough it may seem at the time.”

The person who nominated Shona Oldfield for the 100 Women in Cycling said:

“She's a badass for the types of races she enters. Totally intrepid, she knows what she's doing and just gets on with it.

“Aside from the races, she also runs an independent bike shop in Manchester. It has a strong "adventure by bike" angle which sets it apart from the other Manchester bike shops (along with awesome window displays).

“Always friendly, she has a wealth of product knowledge which she's happy to share. It's an ace addition to the Manchester cycling scene."