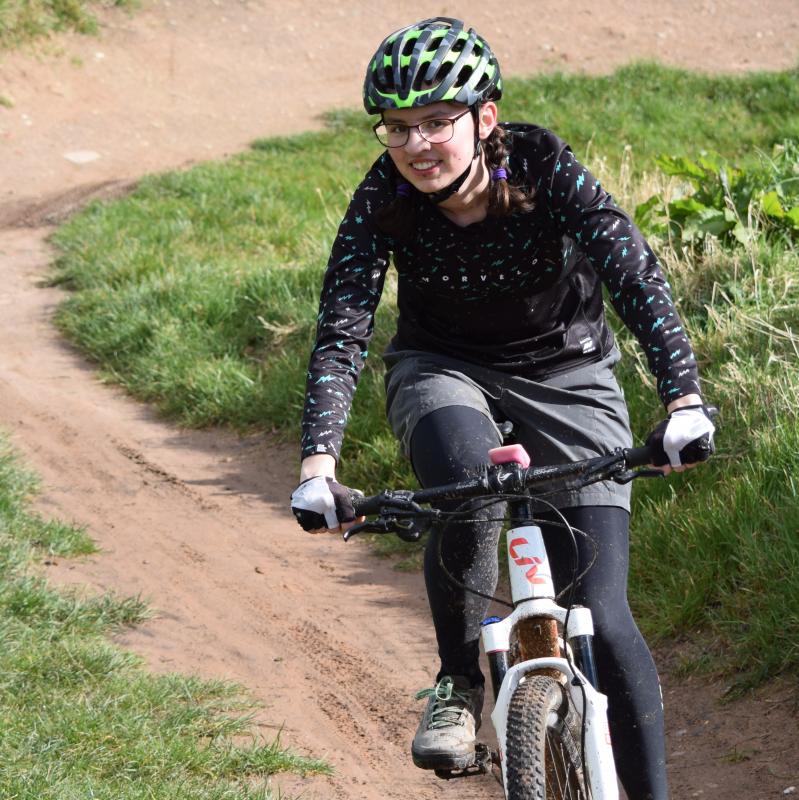 Talented young cycling coach, Rebecca Laurel has had a huge impact on the young women and girls she coaches. After being the only woman on her coaching course she was shocked. Writing a blog about her experiences to inspire more female coaches she also continues to encourage more women to ride.

“I got into cycling after the London 2012 Olympics because my brother wanted a road bike, so we did a taster session to try them. From there, we joined a cycling club and started racing cyclocross.

"I really loved the youth cycling sessions that I was doing, so when I got older, I did the Cycling Award for Young Volunteers scheme from British Cycling and started volunteering.

Discovering a skill for coaching

“Within 6 months, I had done the 72 hours required for the Platinum Award. I attended the National Youth Talent (Youth Sport Trust) camp for my coaching and got selected for the National Youth Forum (British Cycling), where we worked on small projects, including improving participation in disability cycling.

“When I turned 18, I did my Level 2 coaching award, shortly followed by three discipline specific courses (road, track and cyclocross).

“On that first coaching course, I was the only female (and the only young person) and that shocked me.

“I started writing blogs about my coaching courses and experiences, as well as working with others, to inspire more female coaches (across different sports).

I started writing blogs about my coaching courses and experiences, as well as working with others, to inspire more female coaches

“Now, my coaching is mostly in the form of holiday activities, and ‘Learn to Ride’ events.

“I also got the opportunity to learn how to pilot a tandem, and volunteered at disability sessions, allowing visually impaired people to ride a bike. I’ve ridden with people on their first time riding a tandem to racing the National Championships.

“I am currently ladies captain for my university cycling club and have led weekly rides and indoor sessions for about two years.

“Now, I am racing cyclocross and mountain bike, with the occasional circuit race as well. I was unlucky with mechanicals last season (including breaking my shoe and it falling off) but I finished every race. I am currently the only female on the Leicestershire Cyclocross League committee.

Cycling allowed me to channel my energy into something I really enjoy, both through riding and coaching…I chose cycling at 13 years old and really love it, I can’t imagine my life without cycling

“I study civil engineering and last term did a module on transport planning and traffic engineering, because I’m fascinated by this, particularly bike paths, and would love to get involved in this area in the future.

“Cycling allowed me to channel my energy into something I really enjoy, both through riding and coaching. I’ve made new friends through riding and racing and developed confidence through coaching. I chose cycling at 13 years old and really love it, I can’t imagine my life without cycling.”

Rebecca was nominated for the 100 Women in Cycling by Stephen Laurel who said:

“Rebecca really loves cycling and getting more people on bikes. She has been involved in coaching for 4 years and helped at a variety of sessions from ‘Learn to Ride’ to sessions for young racers.

"She has had an impact on lots of young girls, from teaching them how to ride, to supporting others at races.

"Rebecca loves cyclocross and mountain bike racing. With a number of mechanicals, last season, Rebecca showed her grit and determination, and never gave up."