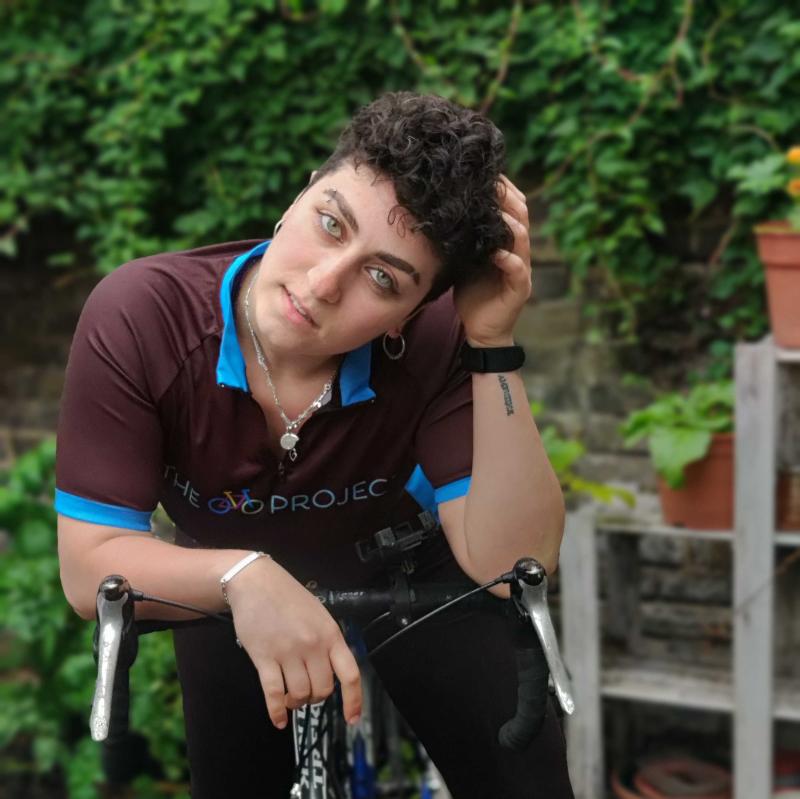 In Syria, Nour Jarrouj helped change the cycling landscape for women. Despite being socially unacceptable for women to ride, Nour was one of the first women to join the Yalla Let's Bike initiative. In a year four women had turned into more than 1,200. Now living in the UK, Nour is helping refugee and asylum-seeking women to cycle.

“Although not prohibited by law, there is a big stigma about women cycling. It’s frowned upon socially, there are no grown up women who cycle as a means of transportation. Women only cycle in summer for leisure.

“I was one of the first women to cycle in Damascus. I encouraged my girlfriends to join me.”

During the peak of the Syrian war, fuel shortages made it very expensive to travel around the city and security checkpoints made short journeys take hours.

University student Nour and her friends began travelling by bike to get to their classes and workplaces. Seeing their bikes they were approached by two women who were attempting to set up a cycling group, Yalla Let’s Bike.

“We wanted to break the social barriers of women cycling in Damascus, and from four university girls we became 1,200 women in one year.”

We wanted to break the social barriers of women cycling in Damascus, and from four university girls we became 1,200 women in one year

And their group was not only made up of students, a diverse mix of women joined them. “We had women in their 40s a few in their 60s, from different religious backgrounds, women in hijabs” explained Nour.

The women were advised which type of bike would suit them. Whether or not they needed a step through bike to accommodate their religious clothing. The group also provided cycle training for the women.

After a year, the sight of women cycling in Damascus was no longer that unusual. “Because of all the campaigning we did, because of all the encouragement and the media planning, we trained a lot of the women, we broke the social barriers for many and it was the thing that united us.

“At that point we had so many segregations, women and men, different political, religious views and the bike united us.

We forgot about all of the other differences and we just cycled. We were free

“We forgot about all of the other differences and we just cycled. We were free.

“In addition to all the benefits of getting from point A to B with no costs, being eco-friendly, feeling physically and mentally better, for me what was important was the unity aspect and the fact that as a feminist it was a gender revolution that we helped start in Damascus.”

“From 1,200 women, it’s now almost normalised to see a woman riding a bike. I feel proud of what we did.”

After moving to the UK Nour began working for The Bike Project as a Project Manager for women-only Pedal Power cycle training project.

I want all refugee and asylum seeking women to know how to cycle. To break these barriers we were raised with, to feel autonomous and confident and in control

“I want all refugee and asylum seeking women to know how to cycle. To break these barriers we were raised with, to feel autonomous and confident and in control”

The Bike Project's Pedal Power has taught 385 women to cycle since 2014. Giving them free bikes, helmets and equipment.

Cycling is particularly important for those living on benefits. Nour said, “For them, giving them a bike to commute on is like giving them money for food.” 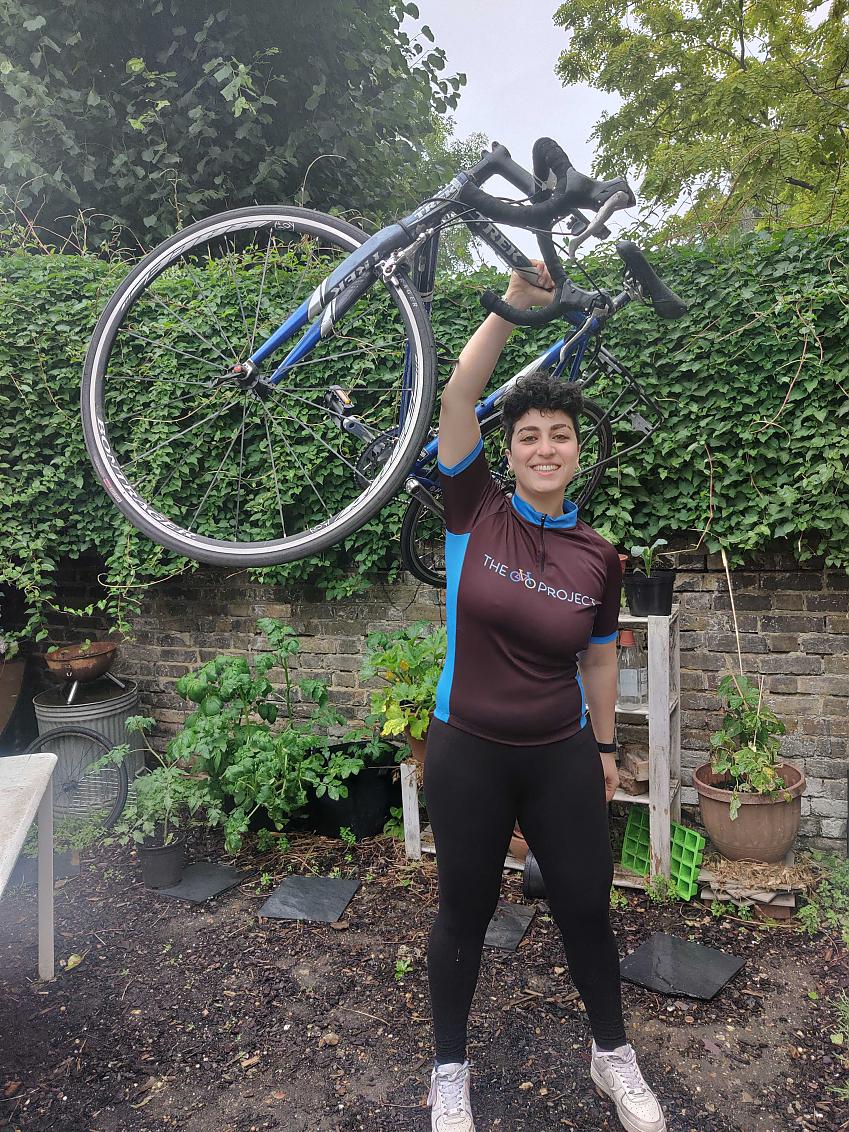 Nour can identify with the women she and the project help. “We come from very similar backgrounds. Many have come from backgrounds which are patriarchal and where women are oppressed.

“As a refugee or an asylum seeker you would be isolated. We have a social aspect to our group. We have coffee and snacks before and after. It is very important to me that the women feel safe and a part of the community.

“There is a sense of sharing that we belong to each other.”

The team had to react quickly in the light of the Covid-19 crisis. “I wanted to keep the women engaged. Most of them come to learn how to cycle but at the same time I wanted to make sure this was a safe space to express themselves.”

“We came up with an online programme to keep them physically and mentally well.”

The team have been delivering yoga sessions, fitness, art therapy, bike safety, UK traffic law even cooking sessions, showing people how to make cheap protein bars to take with them when they’re out on their bikes.

The project is now changing and from the end of July they will be offering 1-to-1 sessions.

“I can see how these women are very keen and they need it. They need it mentally and physically and to feel a part of the community and we hope it’s going to be very successful.

“I want to reach every refugee and asylum-seeking women in the UK, in Europe and all over the world and get them to cycle.”

The person who nominated Nour for the 100 Women in Cycling said:

“Nour moved to the UK from Syria on a scholarship and when graduating in 2019 she came across The Bike Project, a charity that helps refugees and asylum seekers to become confident cyclists - a practical necessity in the UK, where refugees only receive £5 a day, not enough to pay living expenses let alone travel.

“For refugees a bike is the best way to move around. The Bike Project was the natural fit for her.

“Nour helps refugee women to cycle and become confident enough to ride on the roads here in the UK. She also supports them to volunteer in the office or become bike mechanics which is a field where there are not many women. Nour is not just teaching them how to ride a bicycle, save money and be environmentally friendly, but also how to become independent, break social barriers and feel free and strong.”