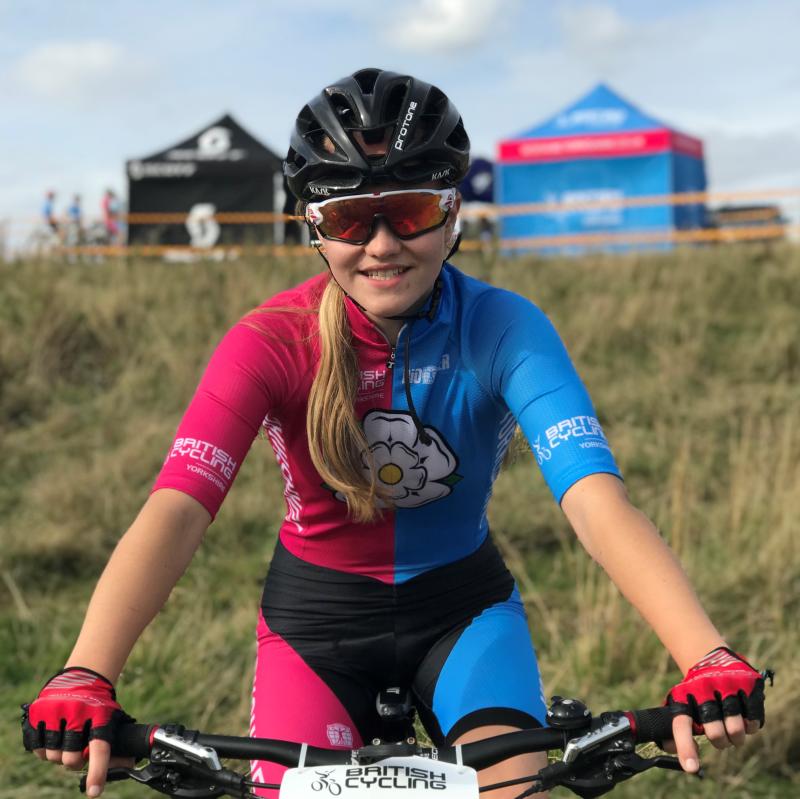 At just 18-years-old Megan Simpson has already achieved so much in the field of sport cycling, competing in the inter-regional MTB championship for Yorkshire and the RTTC National Youth GHS championship. She has now become a cycling coach to share her experiences and pass along her skills and knowledge to others.

“I first learned how to ride a little pink bike with stabilisers on when I was three, my parents took me to the beach and I said 'don’t let go Dad!' And he did exactly that and off I was.

“I then upgraded as I grew taller and taller, a year later I am whizzing down blue tracks at Dalby Forest. Dad took me to a couple of Go Ride races which enhanced my competitive spirit and got me into racing.

“I started getting better and winning medals. When I was old enough I entered my first regional event as part of Richardson’s Cycle Club it was part of the nutcracker series around the World Cup route at Dalby I thought they were amazing and to race the same route as world class riders was a dream.

“As I’m only young I had to balance a lot of things like schoolwork and training still having to meet deadlines and keep my fitness but then still enjoy it. It was hard but worth it.

“I like the sport because yes there’s a good challenge to it and I love the competition but everyone’s so nice even your biggest rivals you still hug each other after the race and it’s a great way to keep fit and active.

“As I got to my GCSE’s it got harder and I took a break but then was still involved in the sport. I wasn’t old enough to become a coach but I started the cycling award for young volunteers and completed bronze silver and gold of that it meant I got to see the other side of the sport and not just competing but seeing how much effort goes into planning and organising events and guiding coaching sessions to then working in a bike shop at the age of 14 I loved it. 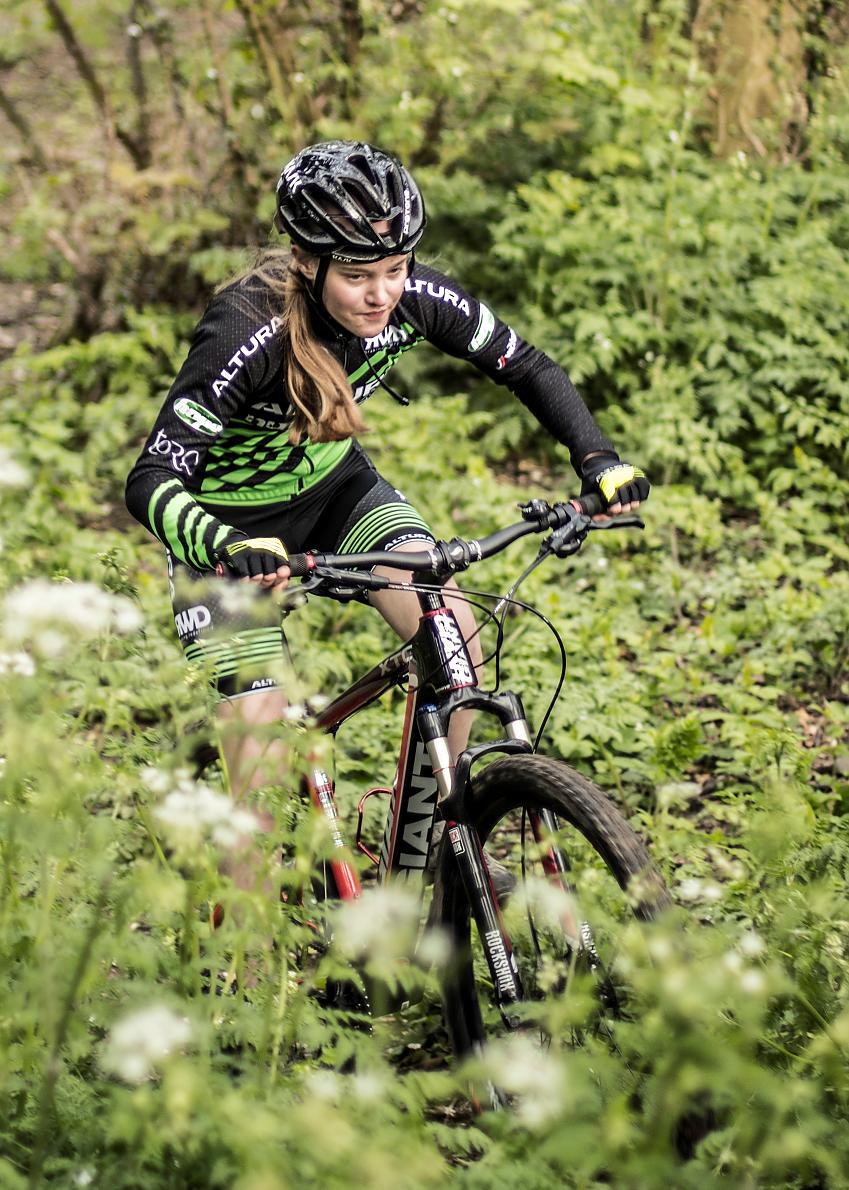 “I got selected to ride for the Yorkshire team at inter regional MTB championships three times at Scotland, Cathkin brae commonwealth track and down in Essex at Hadleigh Park on the Olympic course. I felt such an achievement getting that far and racing as part of a team representing my region.

“At this point I’d realised how much I’d grown with the sport from go ride races to competing regionally and nationally.

“I’ve done road, mountain bike, BMX at Manchester Arena, also the velodrome,  I even entered the RTTC National Youth GHS championship for time trial events to get faster and I was enjoying the sport so much it didn’t matter what I was doing just that I was involved. 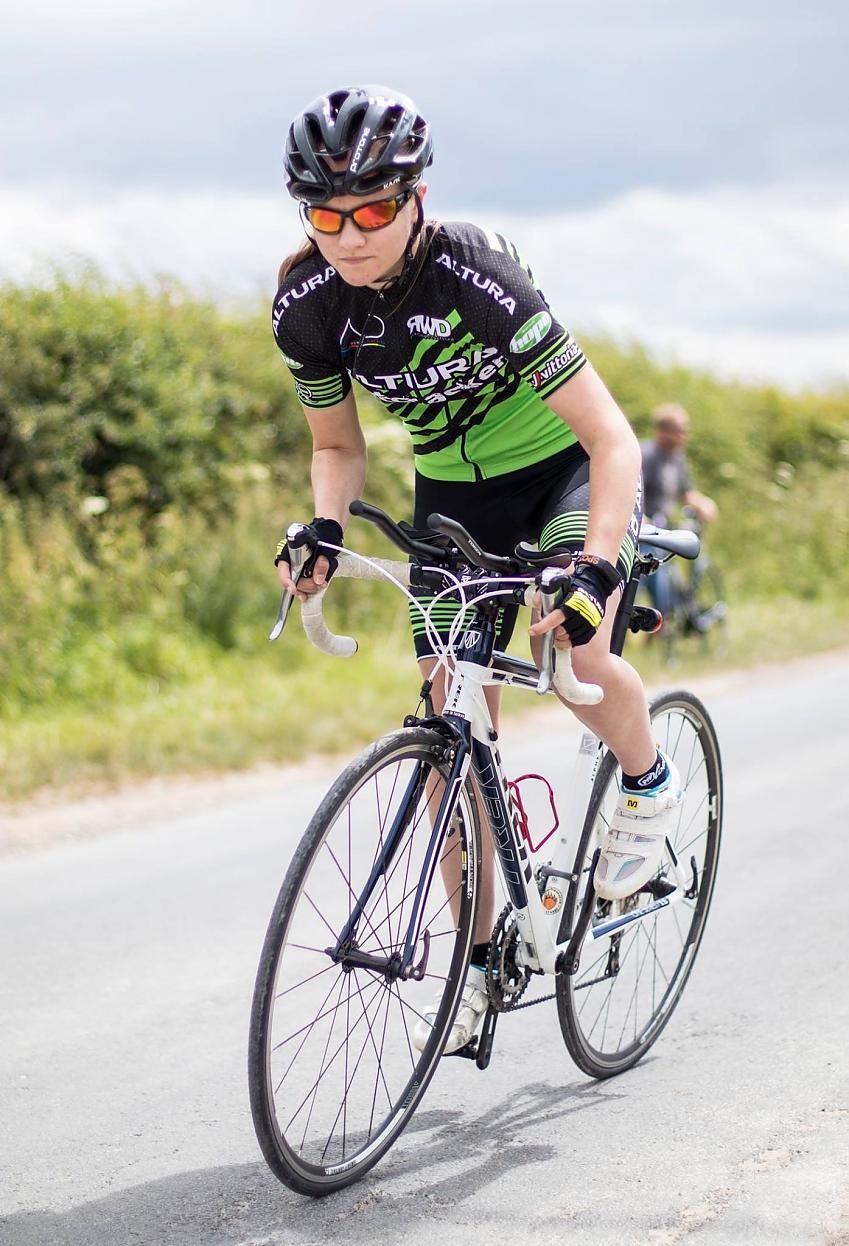 “When I was old enough, I became a level 1 cycling coach and that linked in with my sport course and higher sports leaders course I did at college alongside A level biology which I’ve just completed. It helped build my confidence up and gave me the ability to teach others what experience I’d gained and make them better at the sport.

“I am now going on to do physiotherapy at university and hopefully work for some cycling teams.”

Megan was nominated for the 100 Women in Cycling by Bryden Simpson who said:

“18-year-old mountain biker Megan has now been on a level 1 cycle coaching course and has passed on skills and rider techniques to young children who were totally unconfident on bikes and could hardly balance into kids with confidence and competency at riding.

“She just connects and has the right attitude explaining and showing. This is a newly formed club and the cycling sessions were really taking off with inspirational coaching." 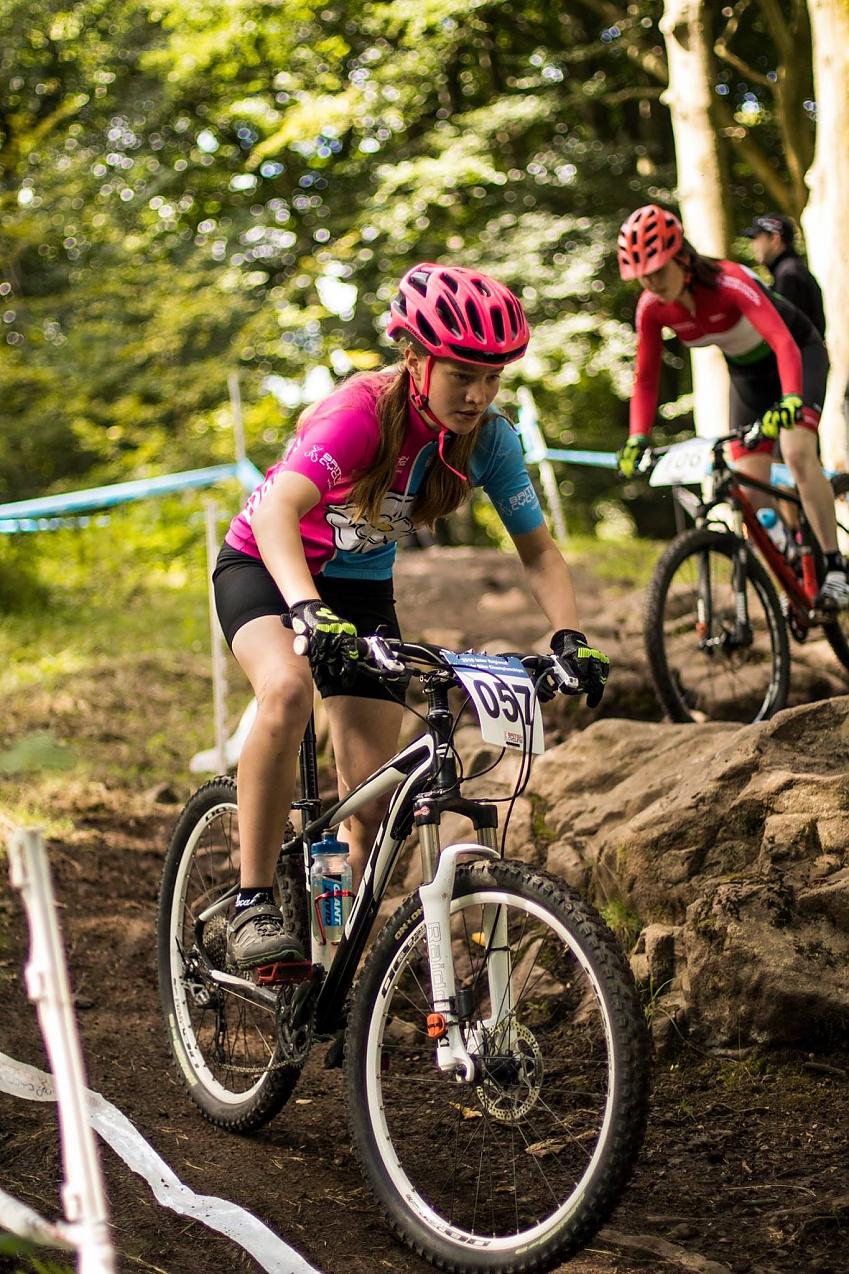