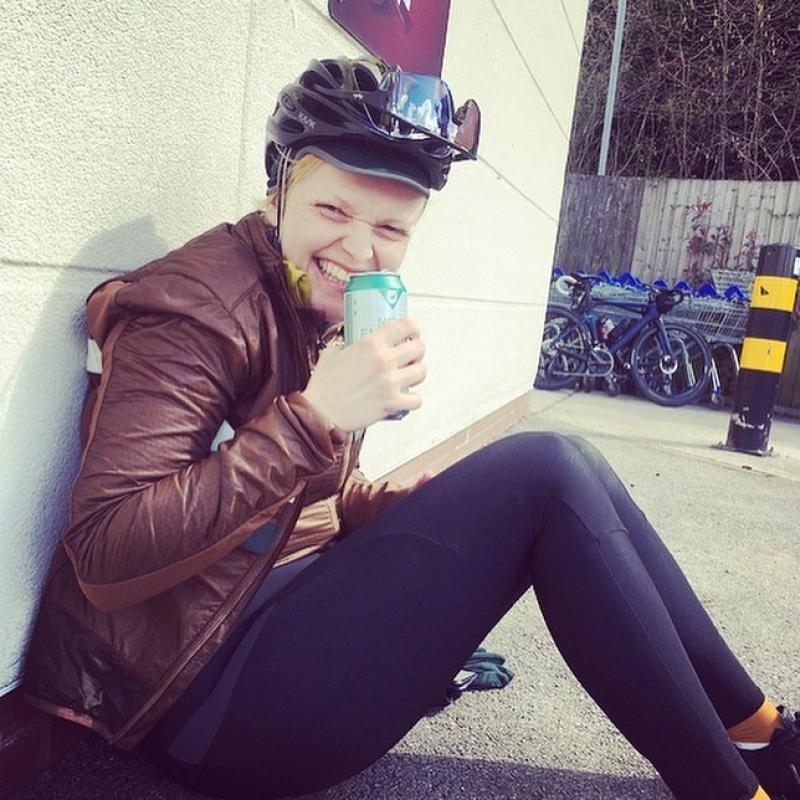 Born in Bolton, and best known for her performances in Dinnerladies, Silk and Shameless, actress, writer and director Maxine Peake has been a keen cyclist since writing a play about cycling legend Beryl Burton in 2012.

Maxine Peake on her acting career…

Maxine took a slightly unusual path to fame. Starting out in an educational theatre group that travelled the country entertaining and educating school kids. Then attending acting school at 21.

“Most people go at 18 but I didn’t get in, it took me three years to get in. There was lots of rejection from drama school and earlier from theatre and education. But it’s like anything, any profession, you stick at it. Half of it is about the dedication."

Maxine had decided that if she didn’t get into drama school on her third attempt she would find another path into acting. Luckily she didn’t have to, and after leaving she quickly found herself in the public eye.

“My first love though is theatre. I played the first female Hamlet in this country in over 30 years, so that was also a highlight, it was more that I was allowed to do it."

Just like any passion, Maxine is always looking for the next challenge.

“I think you’re only as good as the job you’re doing at the time. I’ve got lots of parts that I’ve played that I’ve really enjoyed, but I’m always looking for that next role." 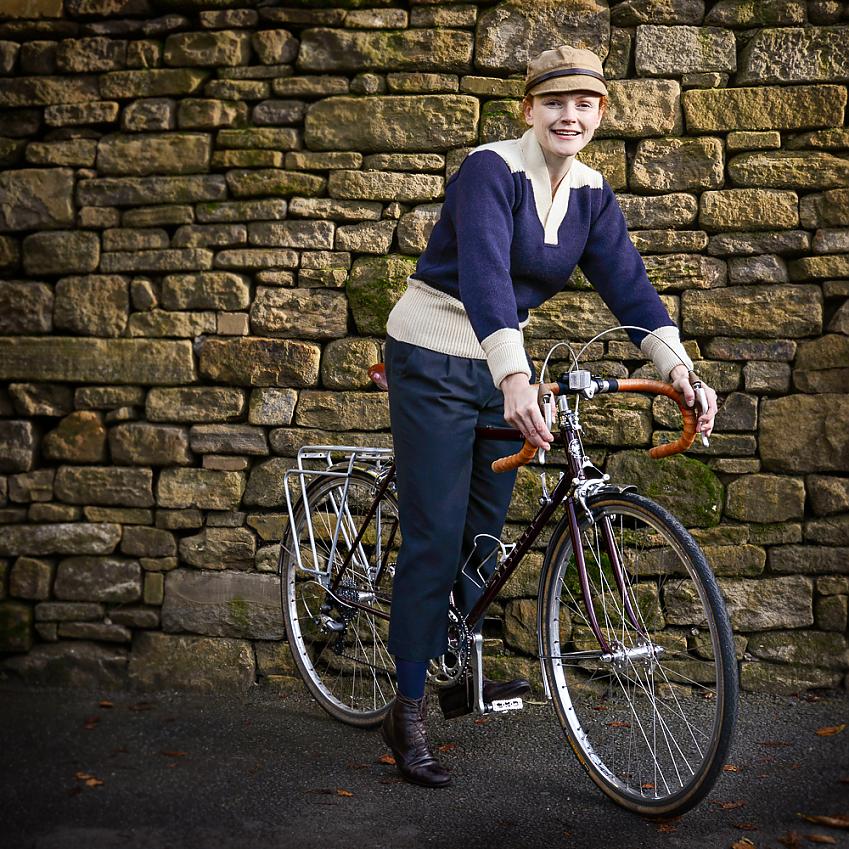 In Maxine’s downtime and in periods during projects she will often turn her hand to writing.

“The play I wrote about Beryl Burton was really one of the first serious things I wrote.”

Written initially as a radio play, the show was then taken to the stage.

“I have to credit my partner, [the art director Pawlo Wintoniuk], he started building up old vintage road bikes and he’d been on various internet sale sites buying bits and pieces. Then he bought me the book Beryl Burton’s Personal Best for my birthday that he’d found when he was looking for bike parts.

“I was always looking for female stories, female role models, people away from the norm. I was getting a bit bored of dramas involving women always being centred around relationships with men.

“I was intrigued from the off, Pawlo had put inside a note that said ‘get yourself a curly perm, there’s a film part in this for you.’ 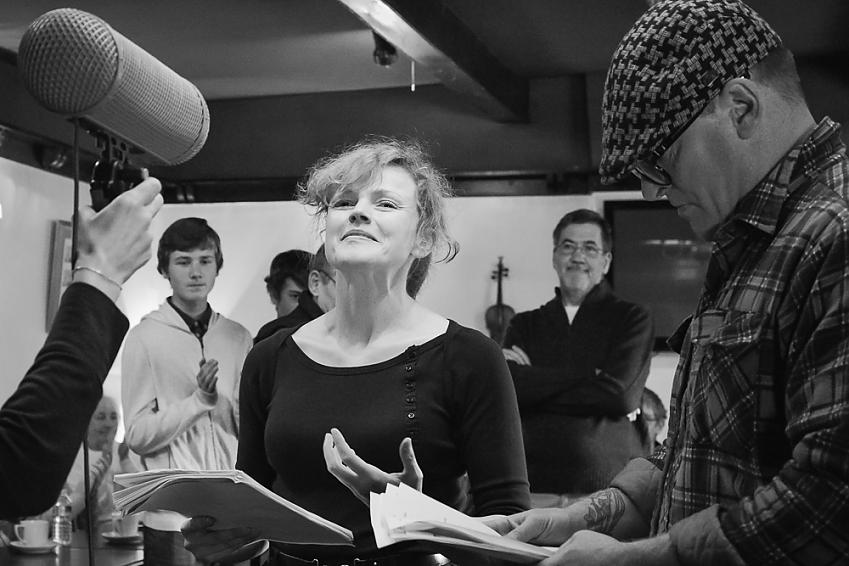 “I thought I’m going to write something about this woman, and initially I though it would be about a woman struggling in a male world, not getting supported by her husband. I thought I’d mapped out Beryl before I’d even read it.

“Then I read it and saw that Charlie [Beryl’s husband] backed her all the way and she was really highly regarded by the male cycling fraternity. It wasn’t the story I was expecting.

She [Beryl Burton] was so driven. The focus and dedication and determination I thought was astounding

“I was doing a Radio 4 play at the time and I approached the Director and said I thought the book would make a great radio play. The sounds of the wheels, cycling through the dales with the wind, Beryl in a monologue, what’s really going on, on the bike when she’s on her own, what is that relationship between Beryl and the bike, why did she love it so much. It felt like the only person she was really competing against was herself.

“She was so driven. The focus and dedication and determination I thought was astounding."

During the writing Maxine even got to meet Beryl’s husband Charlie and their cycling champion daughter, Denise.

“The interview was amazing, they were so generous and informative. It was inspiring to listen to them talk about Beryl.

“Drama is about conflict, and of course Beryl did have to battle and fight to get where she was, but it was not the battle I expected." 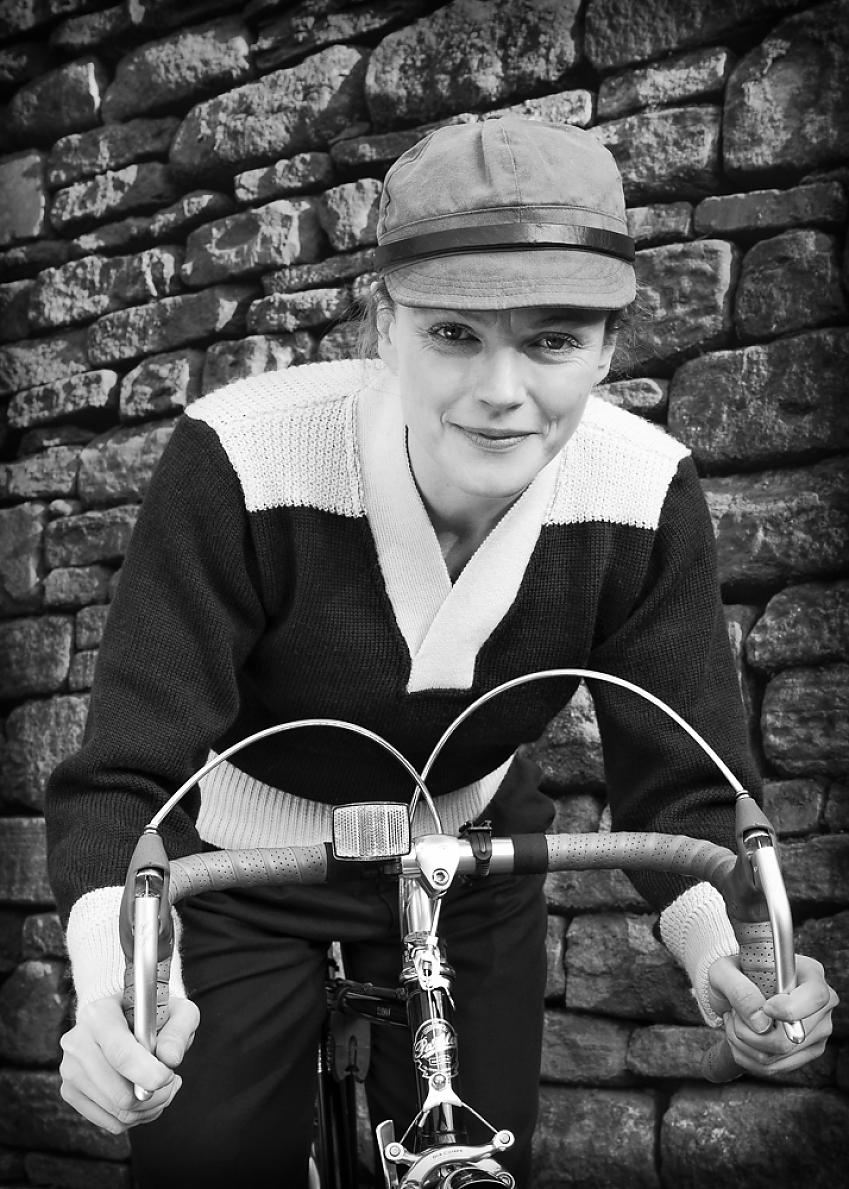 Maxine’s play is very much about Beryl competing against herself. Suffering with health problems in childhood and then discovering she had a heart arrhythmia and told that sport would not be possible for her.

“Beryl's drive and the focus and the commitment is what’s impressive. When people are at the top of their game it's assumed that they’re just naturally talented, but it’s just the same as acting, you have to keep doing it, keep training and learning.

“I could relate to Beryl, I’m no where near as dedicated to my profession as Beryl was to cycling but as a woman, I could relate to how much more you have to train at something and how difficult it is for a woman because of all the other commitments in life, it’s doubly hard. And the criticism you can get for being that focused and single-minded about something.”

The play is a love story about Beryl and the man behind her, her husband Charlie. “They had such a unique dynamic,” said Maxine “even for today, that a man would support you and say 'you will become my focus, your sport, your talent, and I will support you all the way'. I still think that’s quite unusual."

Maxine’s play inspired many people outside of the cycling community and not just to start cycling, but as women to follow their passions. 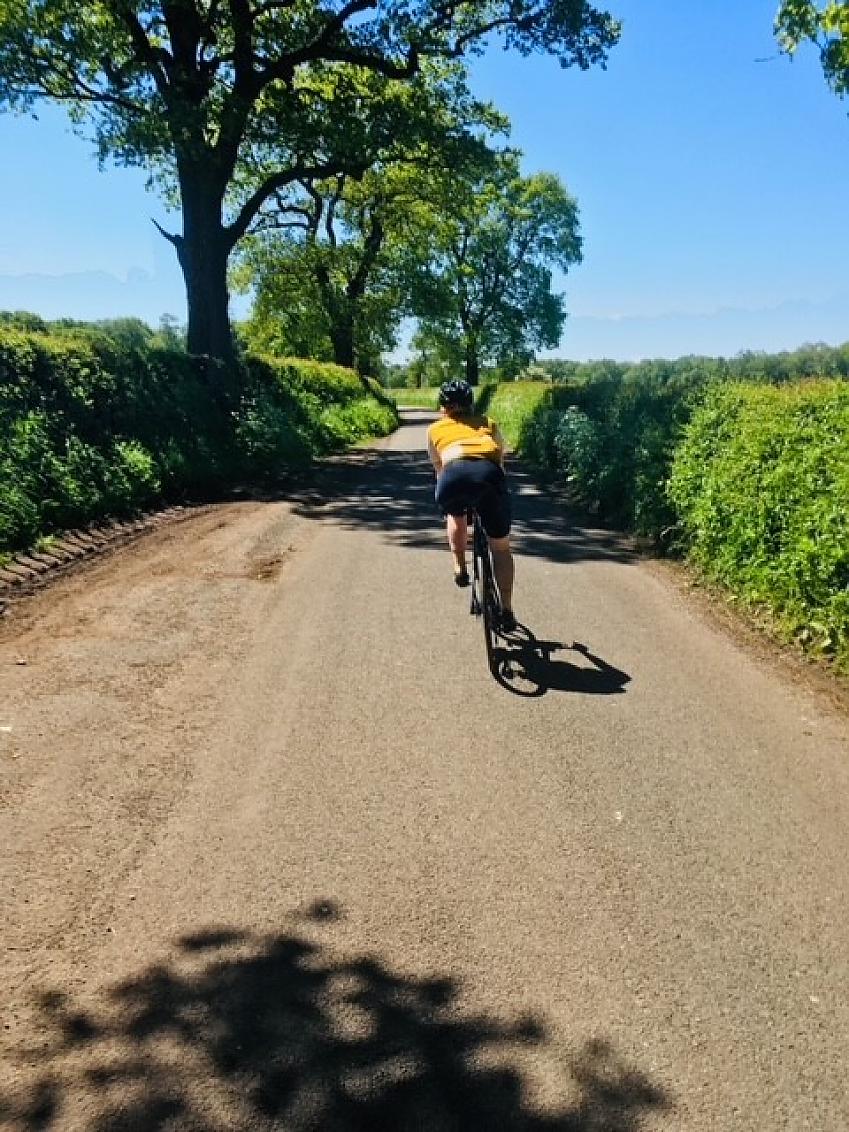 Maxine’s journey to cycling is one that many people can relate to.

“It took me quite a while after doing the Beryl play to start cycling. I kept going into the Rapha shop in Manchester to get some cycling gear and I would ask about the club rides, what level they were, if they were suitable for beginners. Then I would go away and come back six months later and ask all over again.

“I was so frightened of joining at the start. I thought it would just be loads of skinny young men in lycra going at 100 miles an hour, flinging themselves up hills and I’m just going to have no chance and feel really self-conscious.

“It was actually a friend of mine whose partner is a cyclist who took me out on a few rides just to get my confidence up.”

“And you need that encouragement, especially for women. We can feel a bit self-conscious sometimes and a bit judged. Cycling can seem very male-dominated and sometimes women might not feel completely comfortable, or feel it’s too competitive.”

You need that encouragement, especially for women. We can feel a bit self-conscious sometimes and a bit judged

“Now I just love it. I’m annoyed with myself that I didn’t start earlier and have the confidence. I think it’s all about confidence and saying to yourself you can do it.

“I’m addicted now. I’d like to pack in acting and just go out on my bike all day.

“Cycling is the first type of exercise that I’ve stuck at. I usually get very bored but cycling is addictive."

What’s hooked Maxine to cycling is “the sense of freedom and calm. It’s a brilliant way to exercise – it’s fantastic for your mental health to be able to get out into nature, experiencing it in a different way that being in a car. It’s the achievement and the camaraderie of cycling with people.

"The cycling community most of the time are so inclusive, friendly, and supportive. One of my favourite things is saying hello to other cyclists. I does feel like you’re part of something, there’s a community there.

"You can take it easy, pootle, coffee and cake, there’s no pressure. For me it reminds me of being a kid. It reminds me of going out on my bike, all day, getting lost, cycling for miles and then going ‘do you know where we are?’

For me it reminds me of being a kid. It reminds me of going out on my bike, all day, getting lost, cycling for miles and then going ‘do you know where we are?