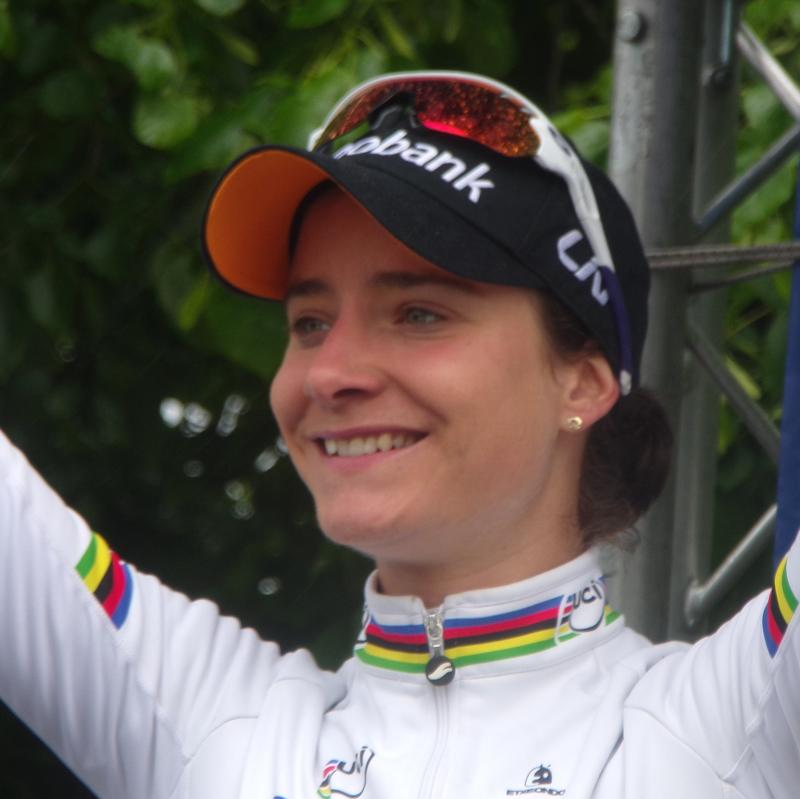 Marianne Vos is a Dutch multi-discipline cyclist widely regarded as one of the greatest cyclists of all time.

On 8 July 2021 she added a 30th career Giro d'Italia Donne stage victory to her list of wins.

She’s been my inspiration on so many levels, for so many years. The absolute GOAT (Greatest Of All Time)

On her achievements, Mark Cavendish wrote on Instagram, "Until we finally have the privilege of @letourfemmes next year, the Giro d’Italia Donne is the greatest stage race for our female colleagues. And @mariannevosofficial has just won her 30th stage of the race. This NEEDS to be big news. 30 is such a milestone.

"She’s been my inspiration on so many levels, for so many years. The absolute GOAT (Greatest Of All Time)."

She has also won Olympic gold on the track in the points race and won the cyclo cross world title and every major race on the women's calendar.

Marianne Vos was nominated for the 100 Women in Cycling by Terence Burnham, who said, "Marianne Vos is a very Determined lady. An inspiration to all cyclists."