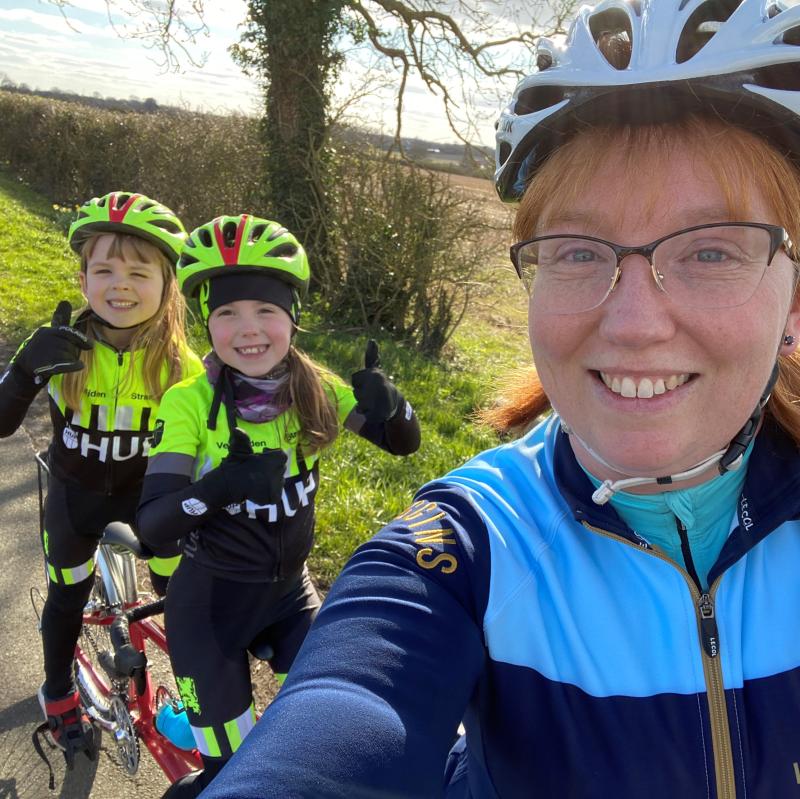 In June 2018 a video of four-year-old Rhoda Ivor giving a thumbs up to a lorry driver for passing the cycling family safely went viral. The clip was seen over half a million times and retweeted by Chris Boardman, Susan Calman, Jeremy Vine and police forces up and down the country.

A few months later both Rhoda and Ruth (aged five) broke LEJoG records. Through their Family ByCycle blog and social media they share their experiences as a cycling family. They have used the exposure that came from their rides to put family cycling in the mainstream media as a normal and accessible activity, particularly for girls. Ruth and Rhoda have just appeared twice on ‘Little Big Shots’ with Melissa McCarthy in the USA, as well as network television documentaries, entertainment features and news coverage.

"I never imagined, when I bought my first child bike trailer a decade ago, that my children and I would end up in the national media as cyclists (up until then, I was a rower!), but becoming the ‘Family ByCycle’, one pedal stroke at a time, has been an enriching experience I want to share with other parents and children.

"We’ve cycled together as a family since Rhoda was four months old, beginning with a self-supported tour of the Outer Hebrides. I blamed post-natal sleep deprivation for agreeing to that one, but it was fun – and we kept on doing it. Before long we crossed Brittany and were adventuring in Denmark. We were hooked.

Rhoda and her ‘thumbs-up’ thanking a kind lorry driver for giving us space on the road, went viral and gave us a valuable opportunity to use mainstream media to place stories about cycling with children

"Rhoda and her ‘thumbs-up’ thanking a kind lorry driver for giving us space on the road, went viral and gave us a valuable opportunity to use mainstream media to place stories about cycling with children. Later that year, having ‘live tweeted’ our 22 days cycling the length of Britain, we arrived at John o’ Groats. Rhoda (a new record holder) was just four, Ruth only five, and I was a few weeks pregnant!

"Both girls have recently joined a cycling club (with Rhoda joining her sister on the start line in her first race just before lockdown began), and between their big adventures they enjoy everyday cycling for local trips, shopping and errands. Their enjoyment is infectious; I’m really proud of them as little riders, sportswomen, advocates and encouragers. Ruth is particularly anxious that there should be a Tour de France for her to enter.

"The girls and I get stuck in to bike maintenance, as part of teaching them how bikes work and how to look after them, building confidence and skills for them to become independent riders.

"We love sharing our adventures on two wheels on social media, to help encourage others to get out on a bike and enjoy time together. Our story shows you can achieve big things, whatever your age or cycling ability.

Our story shows you can achieve big things, whatever your age or cycling ability. 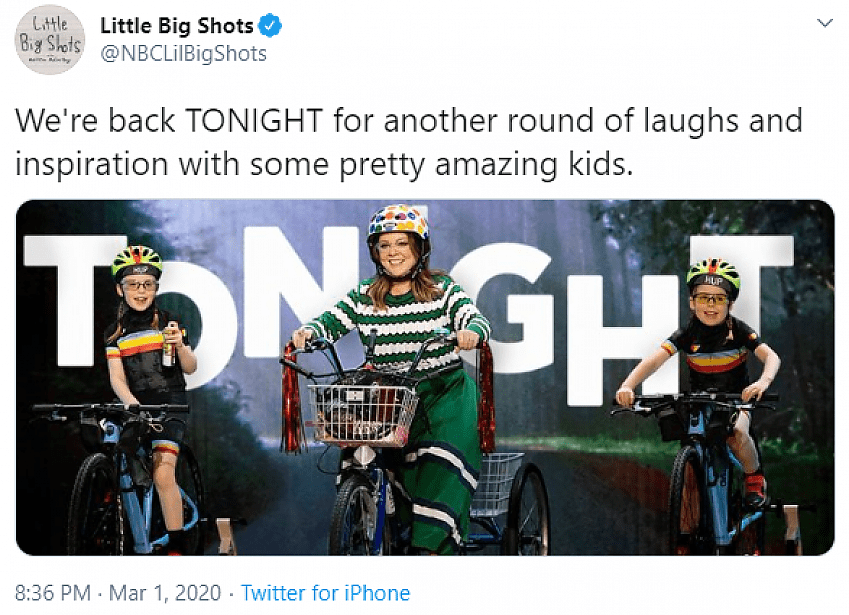 "We’ve continued to use the exposure that came from our ride to put family cycling in the mainstream media as a normal and accessible activity, particularly for girls. Ruth and Rhoda have just appeared twice on ‘Little Big Shots’ in the USA, as well as network television documentaries, entertainment features and news coverage for adults and children alike.

"I believe that children need to be active; cycling is a great way of building lifelong healthy habits. As a school governor, I’m the PE lead and have encouraged and supported the school’s participation in events like The Big Pedal, advocating for safe bike parking for children to be able to start their day riding to school. The girls and I are now campaigning for School Streets and making local journeys safe for young cyclists."

Ruth and Rhoda’s proud dad Tom nominated his daughters and wife for the 100 Women in Cycling. He said: “Ruth and Rhoda have raised the profile of families, women and girls cycling and adventuring by bike, over the course of several years, from Rhoda’s viral video giving a thumbs-up to a considerate lorry driver, seen by millions, to sharing adventures large (the LEJoG age record) and small (camping in the garden) with audiences on social and mainstream media.

“Their exuberance, enthusiasm and sheer hard work has placed family cycling, and girls in particular having long distance adventures by bike, in the mainstream media as well as online.

"Katie, aka @MummyByCycle, loves helping children to get riding, encouraging people in the local park and online. She is in advocating for girls in sport, for active travel and road safety as a school governor and as Ruth and Rhoda’s ‘domestique’, nutritionist, kit lady and number one cheerleader and inspiration. She has ridden LEJoG while towing a trailer bike, ridden through Brittany and the Hebridean Way with two children in her trailer, and written about cycling adventures to inspire other families, in particular to give touring a go.

"Together, Mummy and daughters have now formed a triplet crew, on which they are planning another big trip, very soon.”

Another nomination said: “The girls are the loveliest, cheeriest cyclists who cycle at every opportunity whether on their own bikes or on a triplet bike with their mum or dad! They show that families really can go out and cycle and they also promote safe and mannered cycling etiquette.”