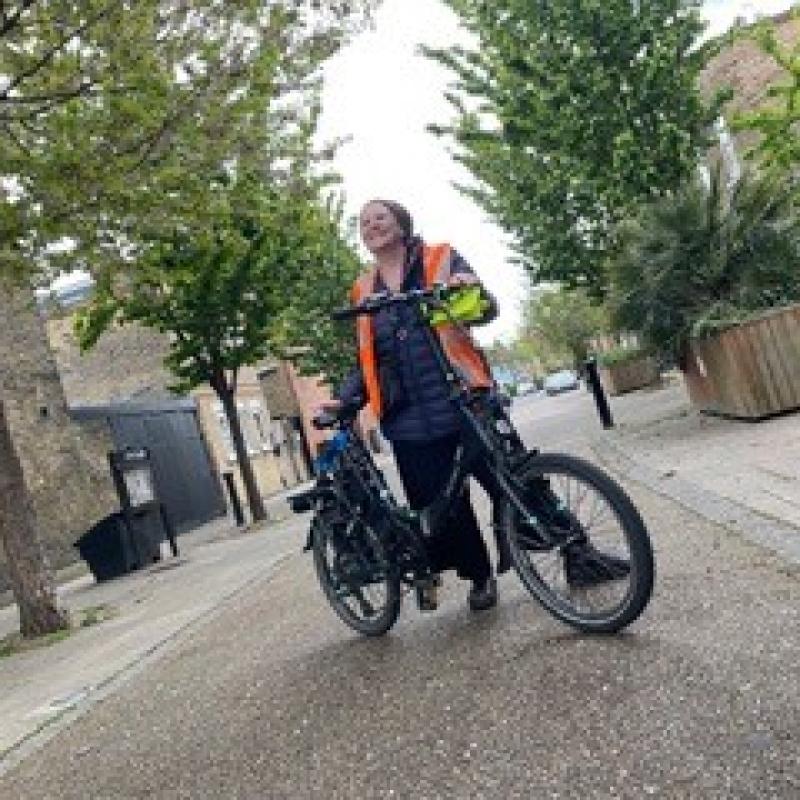 Josie founded Cycletastic in 2005, a community not-for-profit bike shed in London aimed at increasing bike use in the local area. Josie and Cycletastic aim to provide cheaper access to cycling by fixing many bikes for free or low cost (including for Cycling UK's Big Bike Revival), providing led rides and training for the community as well as allowing local people to join the team and develop skills.

"I set up Cycletastic in 2005 in my local community with location help from a local councillor called Mary Arnold and and grants from London Cycling Campaign and Brent Neighbourhood Funding.

"Cycletastic is a not for profit, voluntary community bike shed founded along the lines of 'The Bike Church' in Santa Cruz Calfornia which I discovered when visiting my sister in the USA. Like Bike Church (but physically much smaller) Cycletastic aims to assist and increase bike use in a local area (Kilburn London).

"The project acts as a local tool and parts resource and a place to get basic repairs done at low cost whilst being shown how to by one of the projects amazing volunteers.

"The best thing about it is that it shares people’s skills and knowledge in a cross generational way.

"I wanted to improve my local streets for my son and for all. At the time my and surrounding streets were nose to tail car parks that made everyone feel low. To improve the situation for local wellbeing through an improved local environment I set up a resident’s association called Brent Eleven Streets and we had on street consultations with the help of ‘London Play’. I organised visiting on street bike mechanics with a London Cycling Campaign grant and I realised how popular these were both socially and practically for adults and children alike.... hence the making of Cycletastic.

"Happily, for us the consultations resulted in a one and a quarter million pound grant from TFL to put bike infrastructure, green trees and open spaces into our local 11 streets."

Josie was nominated for the 100 Women in Cycling by Toby Edwards, who said:

"Josie founded Cycletastic, a community cycling project in London, in 2004 and has headed up the running of the project since. Her commitment to change the lives of others is outstanding. Her honest, determined approach to positive change is highlighted in everything Cycletastic has achieved in the last 17 years; fixing many bikes for free (including for Cycling UK's Big Bike Revival), providing led rides and training for the community as well as allowing local people to join her team to develop their own skills.

"I hope Josie will be considered because I believe the work she has undertaken in London has been fantastic and deserves to be celebrated."