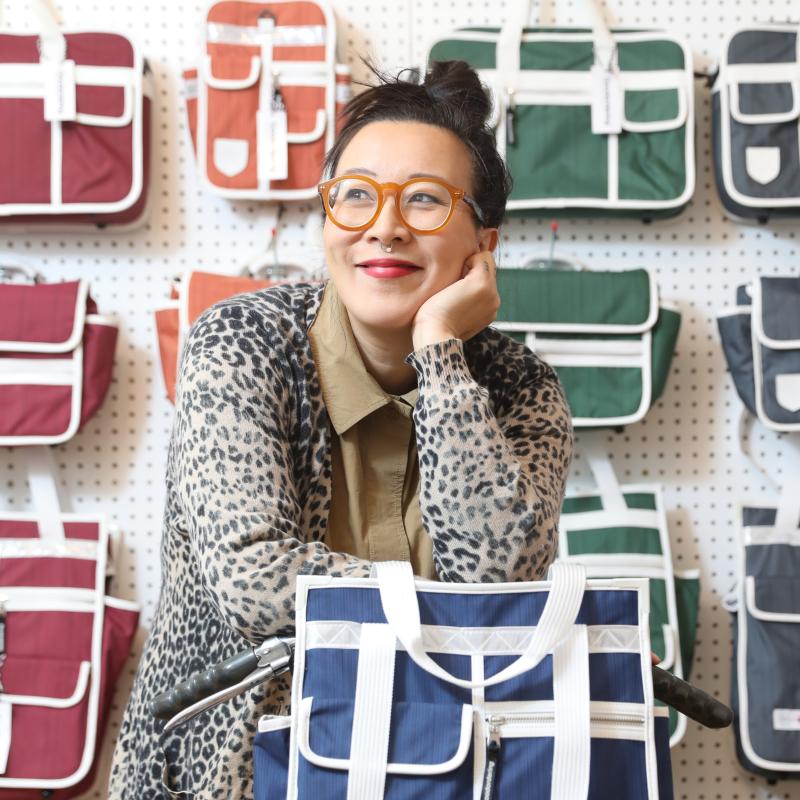 Jacqui started her company Goodordering over eight years ago and since then has helped over 5,000 people get back into cycling. Goodordering provides colourful, functional cycling accessories with the aim of making it easier to commute and ride bikes.

“In 2012 I was on maternity leave when I started Goodordering. Prior to that I was working as a designer at Puma and started cycling late in life to work from Hackney to Soho.

“Since I started the company in 2012 I have sold over 15,000 bags. These bags have encouraged people to get back onto their bicycles as many of them had not cycled since they were children.

My bags have been sold in over 30 countries through 40+ stockists and also online reaching to the far corners of the UK and the rest of the world. 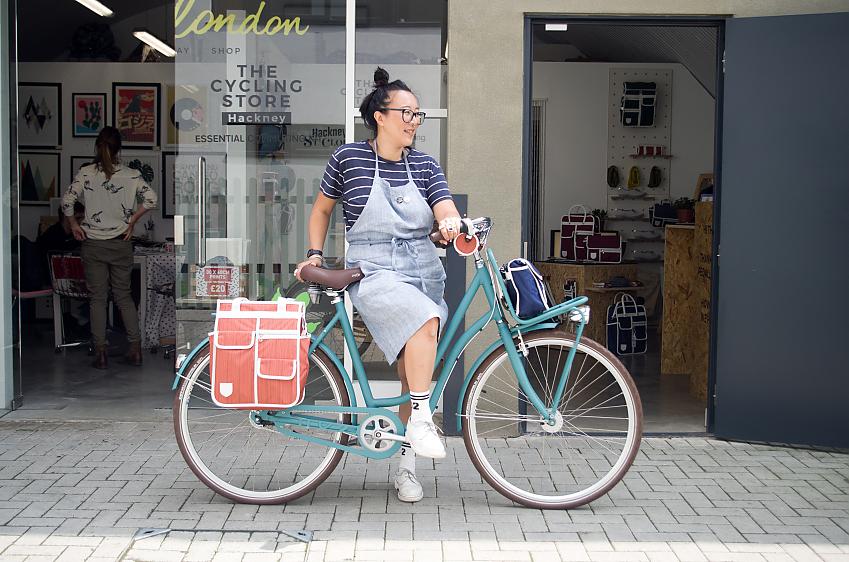 “As I myself am a mum of two young children and a commuter cyclist who cycles with my family, I have been able to relate to the thousands of women and families who want to cycle but are intimidated by the technical aspect of a lot of kit that is required to cycle.

“Goodordering aims to be an accessible and friendly brand that will continue to encourage and inspire non-cyclists to get cycling. Since starting the company, I believe we have helped over 5,000 people to start cycling again and to ditch public transport for this healthier and more environmentally friendly way of getting to and from work and appointments.

“We have been featured in many high-profile campaigns including for Facebook, the department of international trade and Xero. This publicity has further increased exposure of the brand and increasing the impact of the brand on inspiring people to ride bicycles.”

The person who nominated Jacqui Ma for the 100 Women in Cycling said:

“Jacqui has been running her company Goodordering for eight years. She designs colourful, functional cycling accessories that make it easier to commute and ride bikes.

“She works closely with other cycling brands, women run cycling businesses to get her bags out to people who need them in the community. She is an inspiration as someone who has built a successful independent business based around the growth of cycling.”