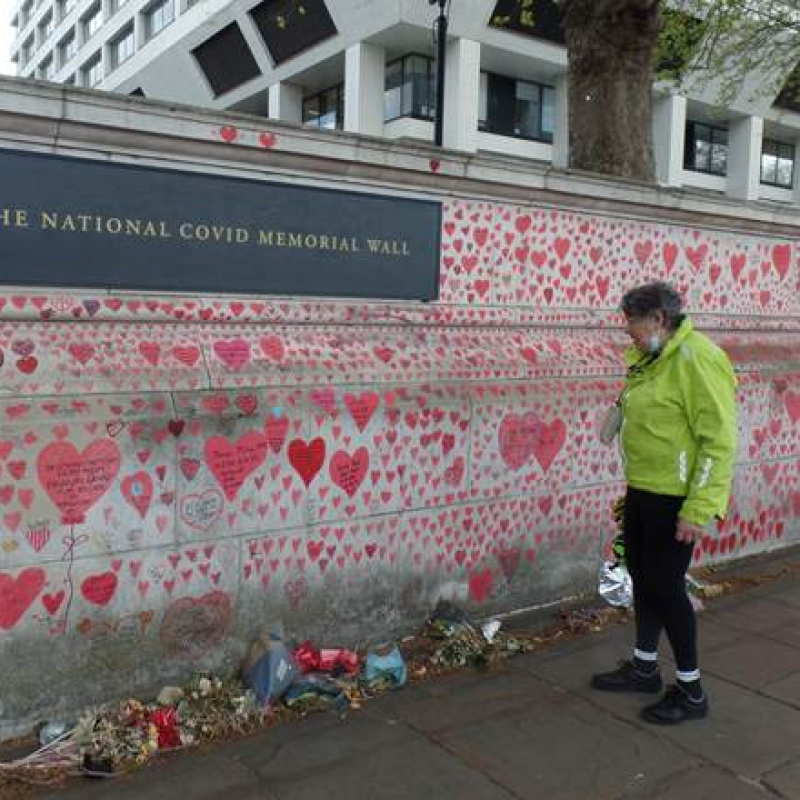 At 80 years young, Hilda has cycled at various points in her life. In the 1990s the London Cycling Campaign persuaded her to volunteer, but life events and bike thefts paused her cycling. Hilda considered herself too old to cycle - it took the 2020 lockdown to motivate her to join a local cycling group and make cycling her passion. With the aid of an e-bike Hilda is unstoppable, regularly cycling around London with no qualms when a hill approaches.

"Although I have been cycling on and off all my life, it has been no more than a happy adjunct to whatever activities I was involved in. However, in the 1990s the London Cycling Campaign had more of my attention as a volunteer. We began the serious fight for cycle lanes.

"But then life changed and after yet another stolen bike incident and a few years abroad, I considered myself too old to indulge in the strain of being a cyclist when my wonderful Freedom Pass took me everywhere.

"However, in 2020 I decided to escape the lockdown inertia by joining a local community which focused on all kinds of activities for the elderly. None of the pilates/aerobic/yoga classes via Zoom drew my attention, but by the time the first lockdown was over I had decided to join the cycle group for exercise.

"It is possible to cycle with a group when keeping socially distanced throughout lockdown and the only downside was that there were limited cycles to borrow on a first-come basis.

"I had never heard of e-bikes and the ones they lent us were a total revelation! No longer an internal sigh when a little uphill loomed. I could just press the electric button and zoooom, my bike would take the strain. How could one not want to fall in love with such a miraculous invention?! 'I want one!' my motivated body screamed.

I had never heard of e-bikes and the ones they lent us were a total revelation! No longer an internal sigh when a little uphill loomed. I could just press the electric button and zoooom, my bike would take the strain

"How fortuitous then that the enforced isolation had allowed me to save some money which would normally have gone on indulgences like the theatre, cinema or exhibition outings. And my birthday is in October. The family wanted to know what the old lady wanted as a present. Problem solved: I could not have asked for a better 80th birthday present."

Hilda was nominated for the 100 Women in Cycling by David Fennelly, who said:

"Hilda has hardly cycled very much through her life. At the age of 80 she has started to and cycles frequently around London. She is an inspiration to our community group."