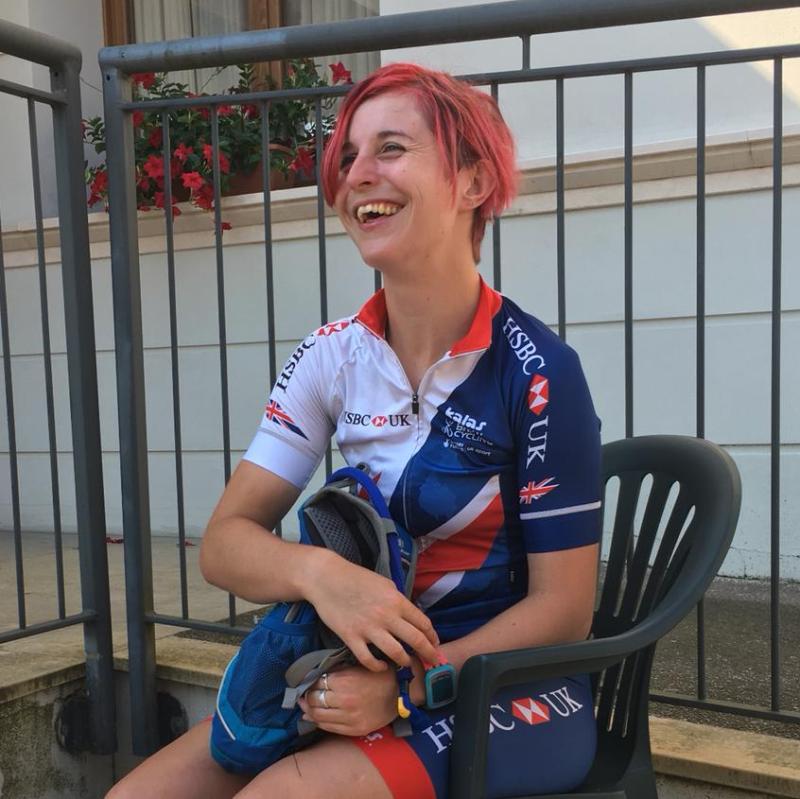 Paralympian Hannah Dines has had a successful trike racing career but it hasn’t come without sacrifice. In 2019 her saddle injured her so much she needed vulva surgery. Despite saddle-related injuries being common amongst female cyclists, it wasn't until Hannah shared her story that the conversation really began.

“I fell in love with the sports RaceRunning and cycling seven years ago, having never done any exercise before.

“My catchphrase is ‘If it doesn't go well at least it'll make a great story’.

“Life has been a trampoline: I have come fifth at the Paralympic Games in 2016 in the trike racing time trial and road race (big up). I got my honours degree and a Master of Science, too (boing). I realised that the link between co-ordination impairment and exercise physiology needs a lot more scientific research, which is what I’m now qualified to do (cloud nine!). Thieves melted my trike and I found out I wouldn't be getting UKSport funding just months after I came back from Rio (big downer).

“I now race for the community who convinced me that my time wasn’t up yet. I became the first significantly disabled Paracyclist to join a UCI women’s racing team in the UK, thanks to Dame Sarah Storey and Storey Racing.

It is such a common thing for female cyclists, and no one ever talks about it… I called out to all the scientists and they are now working to solve our saddle problems 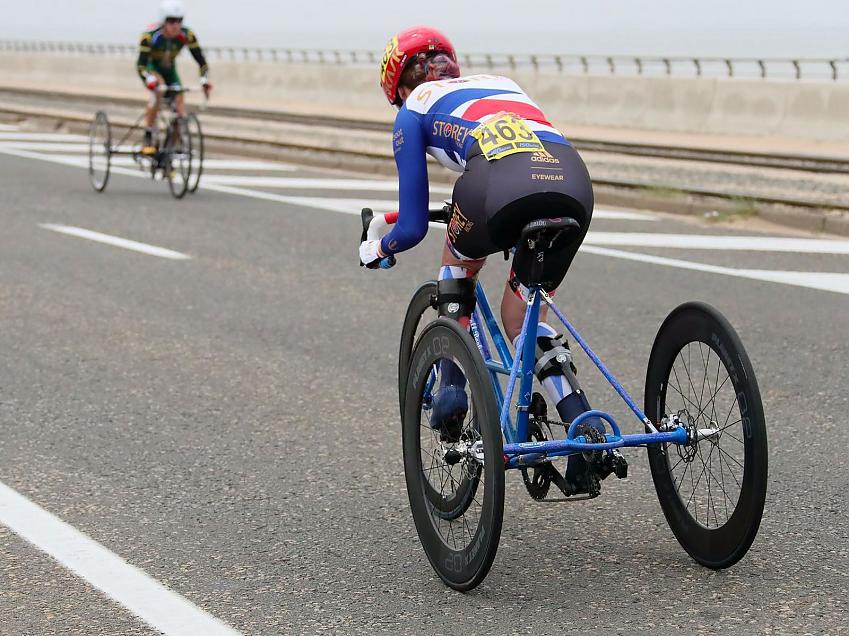 “I won the 100m at the Para-athletics European Championships in 2018 (so high) but my saddle injured me so much I had to get vulva surgery last year (very low). It is such a common thing for female cyclists, and no one ever talks about it. But then I did, in a national newspaper. It was scariest thing I’ve ever done, and racing trikes are notoriously dangerous! I called out to all the scientists and they are now working to solve our saddle problems at Dundee and Manchester Universities, it’s brilliant.

“I crashed at last year's Paracycling World Championships, so it wasn’t the glorious comeback I had imagined, and due to the pandemic have had no chance in 2020 to redeem myself.

“I have no idea what life will look like come 2021 but the race in Tokyo is at the base of Mount Fuji on a circuit for racing cars – a race to die for, if there ever was any.

“I've been published in the Guardian and the Scottish Herald, the iNewspaper, BBC Sport and now I have columns in Cycling Weekly and on ParalympicsGB's website.

“I co-host the BBC podcast 'Stumps, Wheels and Wobblies' and was recruited to make it naughty and interesting, a task at which I think I’ve been successful.

I'm a reverse swan, pedalling hard above the surface trying to give a more honest representation of women in sport in the media and to keep representing people with cerebral palsy on international start lines, of which there are very few.

“I'm a reverse swan, pedalling hard above the surface trying to give a more honest representation of women in sport in the media and to keep representing people with cerebral palsy on international start lines, of which there are very few. I won a bronze medal at the Paracycling World Cup in Belgium last year and when we can race again I have big plans for three-wheeled world domination”

Hannah was nominated for the 100 Women in Cycling by Cycling UK’s Sam Jones, who said:

“She's a Paralympian who a couple of years ago wrote an incredibly open (and painful) piece about the labial surgery she had had to undergo due to saddle pain caused by her professional cycling.

“Since that original article, her outcry has helped drive a shift towards more female-friendly saddles and increased awareness of the need for this. A definite candidate for our 100 Women in Cycling!"

Read the follow up article in The Guardian about Hannah Dines and how going public with her labia surgery started a "big conversation".