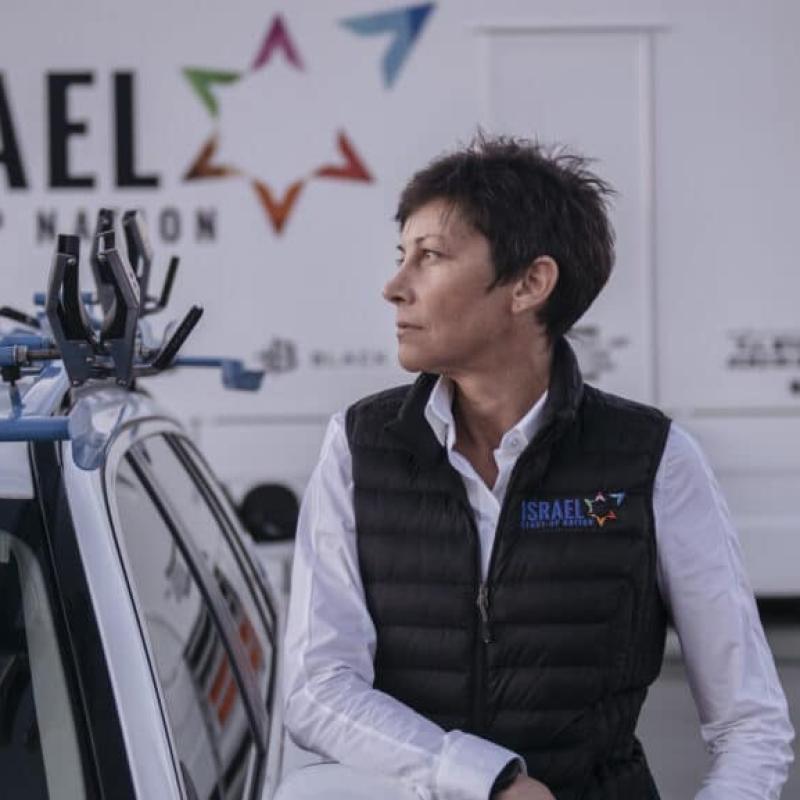 After a successful career as a pro-rider, Cherie moved towards managing and directing. In 2011, she became one of the first female sports directors in Britain, and a few years later a team owner. Pridham also gained experience on the track, managing three world champions. In 2020 she was appointed as the sports director for Israel Start-Up Nation, the first female to hold such a position at WorldTour level.

"I really look forward to a day when I am not the only female DS at the top level of the sport and that all the WorldTour outfits have men's and women's teams - it will happen soon. I am sure. Hopefully, it will just become the norm.

"It was always my dream to work at this level and I feel so blessed that I have managed to achieve my goal.

"Wouldn’t it be nice for all women to have similar opportunities in a world based on equality and values? Where people are simply judged and rewarded in terms of their ability to undertake a role”"

Cherie was nominated for the 100 Women in Cycling by Diane Jeggo, who said:

"Cherie Pridham inspires me tremendously as she is trailblazing and breaking new grounds as the first woman to serve as a sports director (Director sportif or DS) at WorldTour level, the highest level of professional cycling. Her appointment as DS at Israel Start-Up Nation is a significant development in what is traditionally a male dominated sport. She has earned this position through her experience and success in various roles on both women’s and men’s teams.

"After a successful 15-year career as a pro rider (cut short by a hit-and-run accident in 2006), Cherie pivoted her career towards managing and directing. In 2011, she became one of the first female sports directors in Britain, with local team Raleigh, where she served as manager and director. A few years later, she became the owner, leading the team to victories in races all over the globe. Pridham also gained experience on the track, managing three track world champions.

"The cycling media went mad with a tremendous amount of media coverage when Cherie was appointed in Dec 2020. She herself was staggered at the media attention, she said the thought that a professional cycling team had offered a job to a woman, based on ability, shocked a lot of people!

She realises that she has a responsibility on behalf of other women to succeed in what she does, and she carries the torch for those who are not as fortunate and for the next generation

"She realises that she has a responsibility on behalf of other women to succeed in what she does, and she carries the torch for those who are not as fortunate and for the next generation.

"I am proud to say I know her personally as amongst other things, I am an event director of elite/pro races, and I am fortunate to have worked with Cherie, when she was managing Team Raleigh and then again at Vitus Pro Cycling. I always found her to be very encouraging and collaborative on our events, she has a pragmatic, ‘can do’ attitude which is admirable."