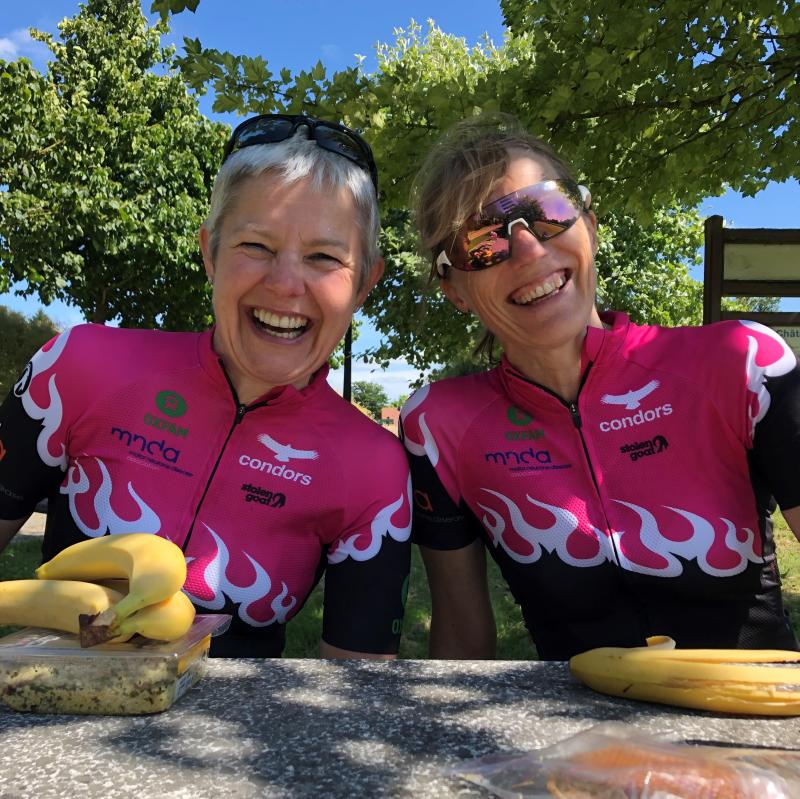 Catherine Dixon (Cat) and Rachael Marsden (Raz) – known as TandemWOW – had an ambition to raise £1 a mile as they cycled around the world on a tandem bicycle. After 263 days they arrived back in the UK at the end of March this year, just before lockdown. After cycling 18,000 miles they raised a massive £37,000 for charity.

They also set a new world record, beating the previous men’s record by more than 17 days. Always with a smile they cycled through storms, monsoon rains, brutal headwinds and fires. They endured emotional and physical hardships, hunger and exhaustion and, through their incredible determination, have shown us all that anything is possible.

"Our journey took us through 25 countries and into five continents covering 18,263 miles.

"We were unsupported, which meant that we carried all our own kit. We experienced extreme weather – getting soaked in monsoon rains in India and Southeast Asia, avoiding the bush fires in Australia in temperatures pushing 50°C and riding hard to return to the UK just before the lockdown as coronavirus was sweeping across Europe. In fact, we caught the second-to-last passenger ferry back to the UK on the day of the travel ban in France – making it back in the nick of time.

"We road for 263 days 8 hours and 7 minutes – this is the fastest ever on a tandem and we beat the current men’s record of 281 days 22 hours by more than 17 days. We raised over £37,000 for two charities, the Motor Neurone Disease Association and Oxfam and have sought to raise awareness of women’s cycling particularly for older women (we are both in our 50s). We believe that you are never too old to get on your bike and follow your dreams.

"We met a few years ago on a charity London-to-Paris cycling event. We started riding together, taking on bigger challenges including the Etape du Tour (stage of the Tour de France in the Alps) and Liège-Bastogne-Liège. Cat has always had the ambition to ride around the world and we said well, why not, and why not on a tandem? And let’s try to do it the fastest ever and break the world record – so we did!"

We raised over £37,000 for two charities… and have sought to raise awareness of women’s cycling particularly for older women (we are both in our 50s). We believe that you are never too old to get on your bike and follow your dreams.

Cat and Raz received numerous nominations for the 100 Women in Cycling with many commenting on their good humour, resilience and strength of character.

One person wrote that Cat and Raz were “cheerful and fun while doing an incredible journey round the world. They have inspired me to take on some multi-day rides and enjoy all parts of it. Not about the speed, but the experiences. Their daily updates were brilliant, always fun and smiling, sharing their experiences.”

Another nomination from Raz’s daughter Pieteke Marsden said: “Not only is Rachael my wonderful mum, she is also an inspiration. They documented their whole travel on Facebook and other social media and smiled the whole way around, however tough or whatever the world threw at them.”