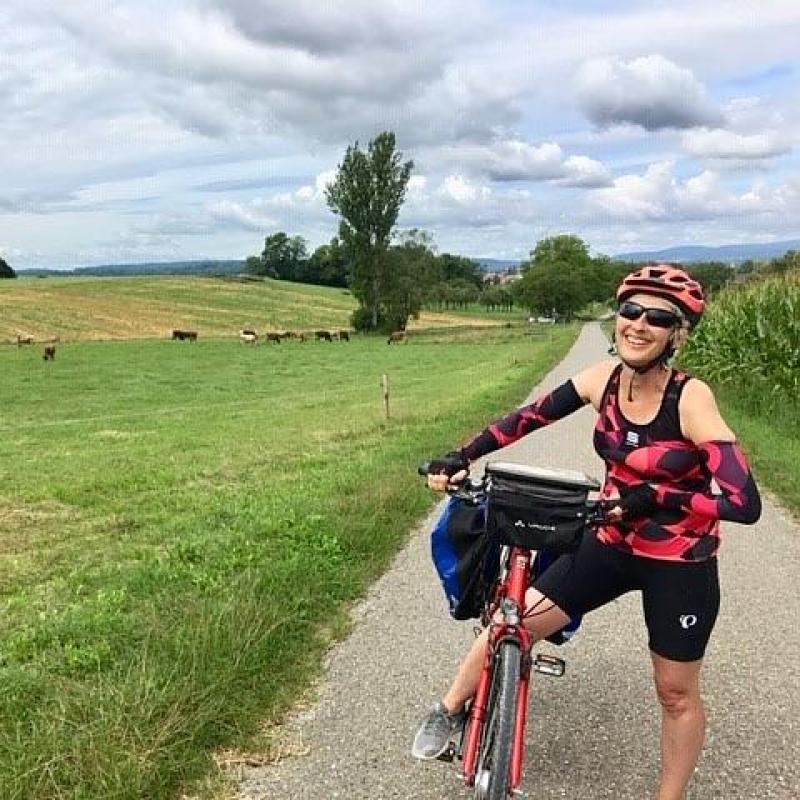 In August 2018, just a few years after she took up cycling, Candy was diagnosed with breast cancer and after her first chemo session she went out for a ride and was knocked off her bike, breaking some bones in her foot.

As she was bed-ridden for several weeks, her cycling friends visited her weekly and one sent her a book on touring. Inspired and determined to "seize the day", Candy is now planning a cycle touring trip around the world and hopes to inspire others.

“I feel powerful on a bike. I can’t explain why exactly, but when I’m cycling it feels as if anything is possible. And as the last five years have been a bit tricky – divorce and cancer not high on the list of anyone’s wants – cycling has become ever more important.

“Having been an intractable non-exerciser all my life, priding myself on 'not needing to' because I just rushed around with nervous energy, when the truth was I was too lazy or scared to try, when middle age loomed I had to think of something. The thought of the gym or running was monstrous, but I like being outside, I’ve always enjoyed being on a bike – so I bought one. Nothing fancy, but a start.

“First, I got (vaguely) fit, going on Sky Social Rides, with kind people who told me to look three trees ahead while staggering up hills. I did, it worked, and I’ve never forgotten that. Thank you Brian.

“Next I joined the wonderful women’s cycling network, Breeze, just as it got going in my area. Starting with short gentle rides around the lanes (I’d come home and have to nap in the afternoon), we soon wanted more. London to Brighton, Ride the Night, Coast to Coast – each ride more challenging and more exhilarating than the last. And we started to go abroad – Mallorca, Italy, Sweden and Germany. That’s where I realised my heart lay in cycle touring. 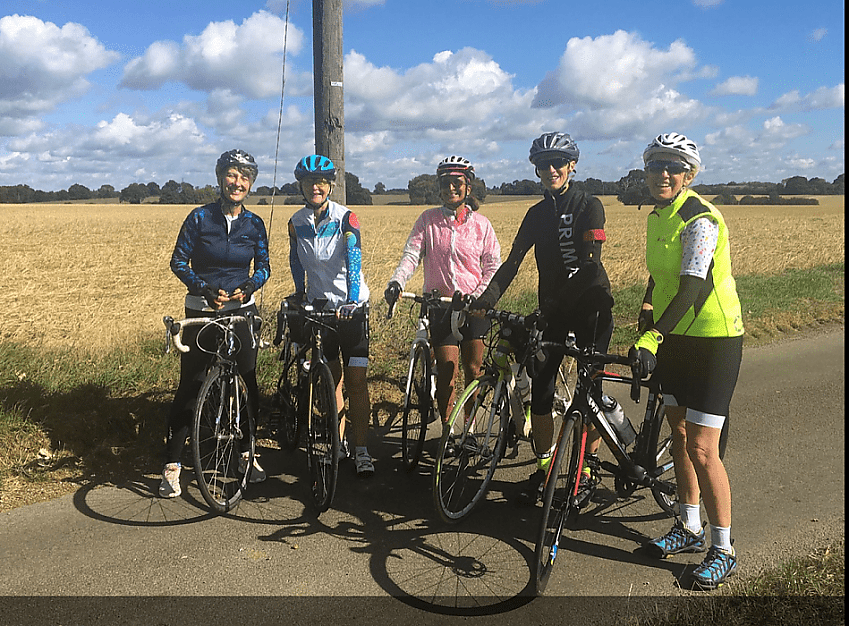 “There was a slight hiatus last year – breast cancer and being knocked off my bike, being bald and bed-ridden (well, on crutches) was frankly dull.

An old friend sent me ‘A Bike Ride’ by Anne Mustoe. Anne was a 54-year-old headteacher, unfit and unwilling/unable to mend a puncture. I could relate to some of that – so why not? I’ve always loved travelling, I can do most of my job online, what was there to stop me?

“But strange things happen. An old friend sent me ‘A Bike Ride’ by Anne Mustoe. Anne was a 54-year-old headteacher, unfit and unwilling/unable to mend a puncture. I could relate to some of that – so why not? I’ve always loved travelling, I can do most of my job online, what was there to stop me?

“So last autumn I went on the Royal Geographical Society’s Explore weekend, met some brilliant, encouraging and interesting people there, then bought a touring bike (thanks to Richard from Oxford Bike Works), and was all set to go this summer. Ha! The best-laid plans.

“Never mind, a few months' delay won’t hurt. So, next March I’m off, and hoping my oncologist will join me for a leg – turns out she’s a keen cyclist. My 60th birthday will, I hope, be in Tbilisi.

“In the meantime I get on my sturdy (aka heavy) new bike, puff my way up the local hills, think to myself 'How will I ever do this with panniers?', and then put my head down and climb, three trees ahead.

“As one of my dear cycling friends said (she was only half-joking), 'You’ll never get round the world, you cycle too slowly and talk to too many people!’ She’s right on two counts. But I will get round. Tree by tree by tree.”