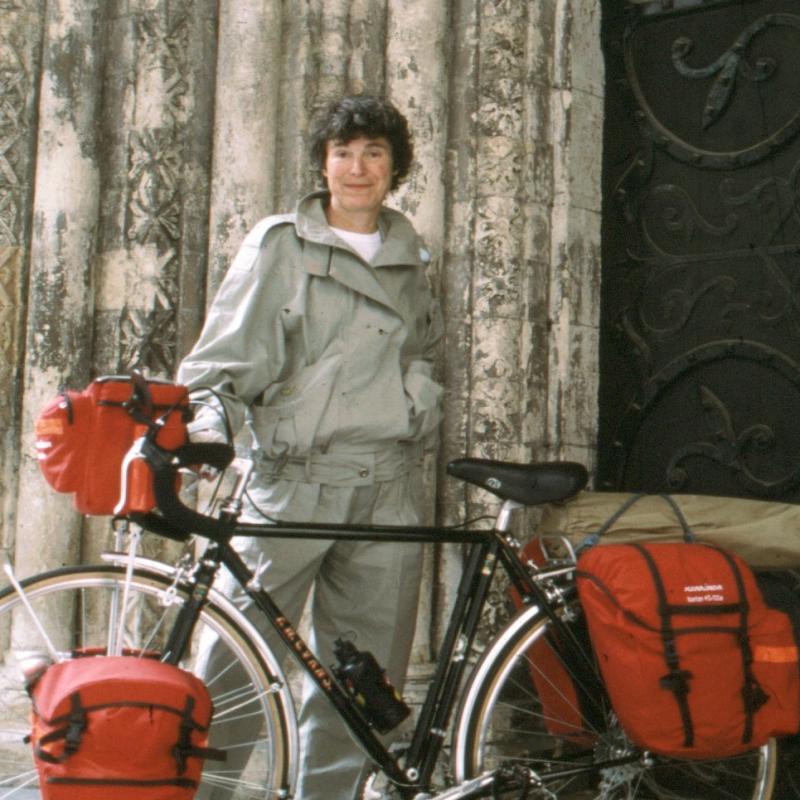 Now in her 80s, cycle tourist and author, Bettina Selby is still cycling every day. She is well known for her many cycle touring books traveling by bicycle in Asia, Africa, the Middle East and Europe from 1984 to 1996. Bettina's many travels include two journeys covering the full lengths of the Nile and the Niger from end to end.

“I still see the bicycle as the total transport method really. I shop on mine. I wouldn’t dream of taking the car out to go and get a loaf of bread.

Learning how to ride at 13-years-old Bettina discovered mountains and focused her time on climbing, cycling took a back seat. It was only when she was at university in her mid-30s that she started cycling again.

“I got an old bike out and it was like a road to Damascus, the freedom! It was a remembered freedom from my teens.

I got an old bike out and it was like a road to Damascus, the freedom! It was a remembered freedom from my teens.

Then some years later, Bettina decided it was time to go and see the world. She had already discovered how suitable the bike was for travel and exploration so she packed her bike and set off for the Himalayas.

“Cycling is so natural, it’s just a wonderful way to see the world. Seeing the world, exploring and getting to know the people and the history was the real thing that drove me, and the bicycle was the way to do it.”

After her adventures Bettina wrote about her experiences. And her books hit many best-seller lists. If you delve into the Cycling UK forum https://forum.cyclinguk.org/ you’re no doubt find her books mentioned in discussions about the best touring books to read.

“It’s nice to know my books are still read. They are important to me, it’s what I’ve done with my life. I’m glad the interest is still there.”

During her touring days Bettina also wrote for the Times and the Telegraph. Her books were translated in many different languages and she would often receive letters from keen cyclists and from non-cyclists alike

“One lady wrote that she felt as though she was sitting on my carrier with me.” 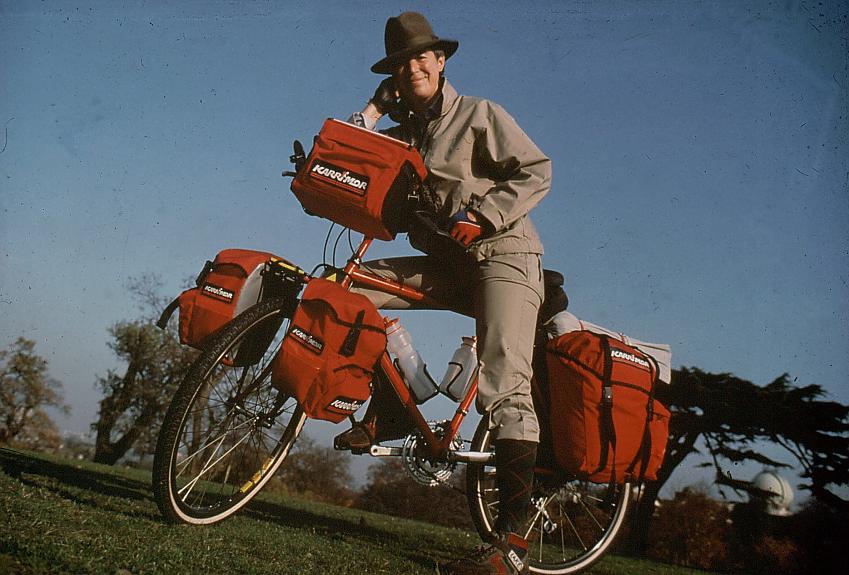 In addition to her writing, Bettina also had a foot in bicycle design. Each journey she went on required a custom bike build. Evans would often work with her on designing her bike to meet the specific requirements of her journey.

During the coronavirus pandemic Bettina hasn’t stopped cycling. Although living in hilly Shropshire Bettina has now switched to an e-bike.

“I wouldn’t be cycling Shropshire if I didn’t have an e-bike. On the rare occasions I come to London I have a Brompton, that’s fine for London whatever age but where I live is very hilly.

“It’s a good way in, quite a lot of young people will go to work on an e-bike where they wouldn’t on a straight bike. And it’s so cheap and efficient as a main means of transport.

I couldn’t live without a bike. All through the coronavirus, I’ve been in Ludlow surrounded by lanes. I can have at least a couple of hours a day to cycle and lift my spirits.

“I couldn’t live without a bike. All through the coronavirus, I’ve been in Ludlow surrounded by lanes. I can have at least a couple of hours a day to cycle and lift my spirits.

“The bicycle will outlast the car because of what it gives you. It’s an experience, you feel good pushing pedals. You’re alive on the bike.”