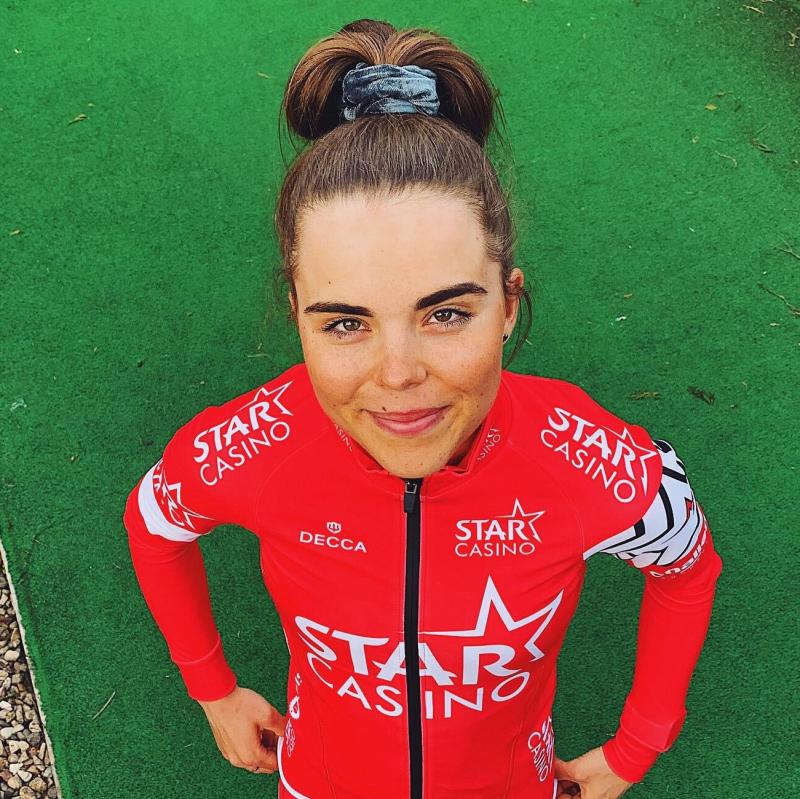 Anna's dad taught her how to ride at a young age, and after the pair cycled coast to coast on a tandem bike she was totally hooked. She started racing competitively at 14 and has continued to progress to become one of the UK's most promising elite riders.

“I first got into cycling because of my dad. He has always ridden a bike and taught me and my twin sister to ride at a very young age. As a child I would always play out in the street on a BMX or mountain bike, and just loved being outside on my bike.

“I think I fell in love with cycling when my dad and I rode the Coast to Coast on a tandem when I was 10. After that, we rode most weekends in the woods and when I was about 14 I did my first competitive race. After racing for a few years locally, I was hooked and continued to just progress from there, with the support of my family and my local club Hetton Hawks.

“When I finished my A-levels I made the decision to take a gap year to really try and focus on my racing and training properly for a year without school work.

“So, I worked at Decathlon and took my cycling very seriously. At the end of that year I had managed to have my most successful cyclocross season to that date – podiuming at the U23 National CX champs and riding my first European and World Championships!

“So obviously I took another gap year and the next Cyclocross season I was able to travel to race in Belgium and Europe a lot more and signed for the European CX team Experza-Footlogix. Christel Herremans was the female manager and really took me under her wing and showed me the ropes of European cyclocross.

“This season was a real breakthrough season for me as I was able to race alongside the best in the world. In the 2019/20 season I won the U23 National CX championships and was second in the Elites, and finished the World Champs in fifth place. I really fell in love with cyclocross that season and felt I could see a future for myself in the sport.

“That takes us to the most recent 2020/21 cyclocross season. I re-signed with the same team but decided to start with a new coach and mentor, Stef and Helen Wyman, who have been a massive booster in my development and still continue to be now.

“This season has been my most successful. Some of my results are as follows: numerous top-fives and podiums in European events, second in U23 at the European Championship, my first podium at an elite World Cup in Bern (third place) and top-10s in other World Cups. I finished the World Cup series in eighth place Elite and third U23, and came third U23 in the World Championships!

“I have re-signed with my team Experza-Footlogix for next season, but now as a pro rider and with a new team name of Starcasino Cycling Team!

Cycling really is my passion and now that I can pursue it as a job it really is amazing. I am going to make this summer, my first summer as a pro bike racer, count

“This is very exciting and allows me to pursue a career in what I love to do. Cycling really is my passion and now that I can pursue it as a job it really is amazing. I am going to make this summer, my first summer as a pro bike racer, count.”

The person who nominated Anna for the 100 Women in Cycling said:

“In every interview she has the perfect outlook on the sport, as typified by the last interview. She said it is not all about winning, it's about enjoying the bike and the ride and giving it your all."