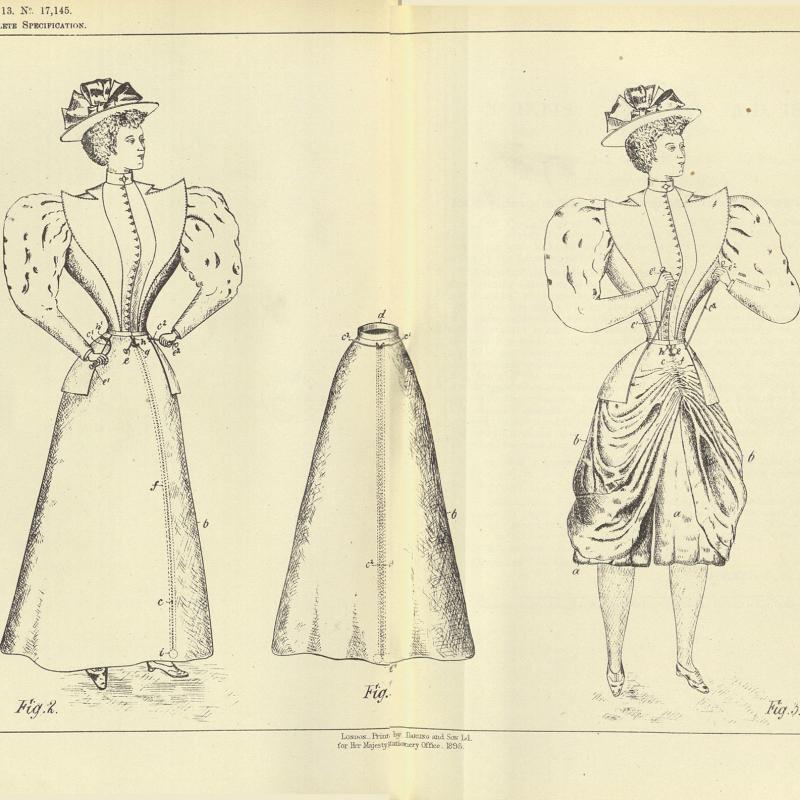 Brixton dressmaker Alice Bygrave registered four patents in the late 19th Century for a skirt with a dual pulley system sewn into its seams to help women cycle safely.

Alice's designs were inspired by the difficulties women faced when cycling. Ordinary fashions were both uncomfortable and dangerous for the female rider. Typical attire included tight corsets and long layered skirts. The skirts would flap in the wind, ride up over the knees and could get wrapped up in the spokes and pedals.

According to the British Library 'Bygrave details that when the rider is preparing to mount the bicycle, they would pull on two cords that would draw the skirt up at the front and back, revealing the knickerbockers underneath.'

"My invention relates to improvements in ladies’ cycling skirts and the object is to provide a skirt as proper for wear when the wearer is on her cycle as when she has dismounted."

To honour the entrepreneurial spirit of Victoria trail blazers like Alice Bygrave, Cycling UK is asking women today to share their real 'bicycle face', and tag their friends, to demonstrate the fun and freedom cycling really brings.