Val Ravenhill is part of Cycling UK's 100 Women in Cycling 2018 list for a lifetime dedicated to cycling.

Val Ravenhill started riding with her local club at the tender age of 11 in 1971, completing her first time-trial aged 12.

Val says, “That year a club member took me out for my first all day ride, 80-plus miles around the Forest of Dean. I came home totally exhausted. Concern was expressed by my parents and other club members, but the general consensus was ‘it will either make her or break her’ – well, it didn’t break me.”

As the only female in the club, Val’s passion for cycling flourished. She toured and time-trialled more, then after moving to the Birmingham area met more women cyclists and ventured into road racing, tandem racing and mountain biking. Over the years Val has organised and helped out at events, rides and social occasions for her club and women only groups. In the 1990’s she started women-only rides in the Warwick area and is now involved in Breeze and is a Bikeability instructor.

I hope I have encouraged everyone, especially women to achieve their goals and ambitions.

In 2016 Val became a tour leader for SunVelo in Majorca and last year rode her first 12-hour time-trial, rode coast-to-coast along the Pyrenees, as well as completing her first sportive abroad.

Val says, “At 58 I don’t see an end to new adventures and opportunities.

“I hope I have encouraged everyone, especially women to achieve their goals and ambitions. I am especially proud of my niece in New Zealand; I took her on her first ‘long ride’ and now she holds the women’s record for four laps of Lake Taupo – 400miles! I hope her ‘Aunty Val’ gave her inspiration.” 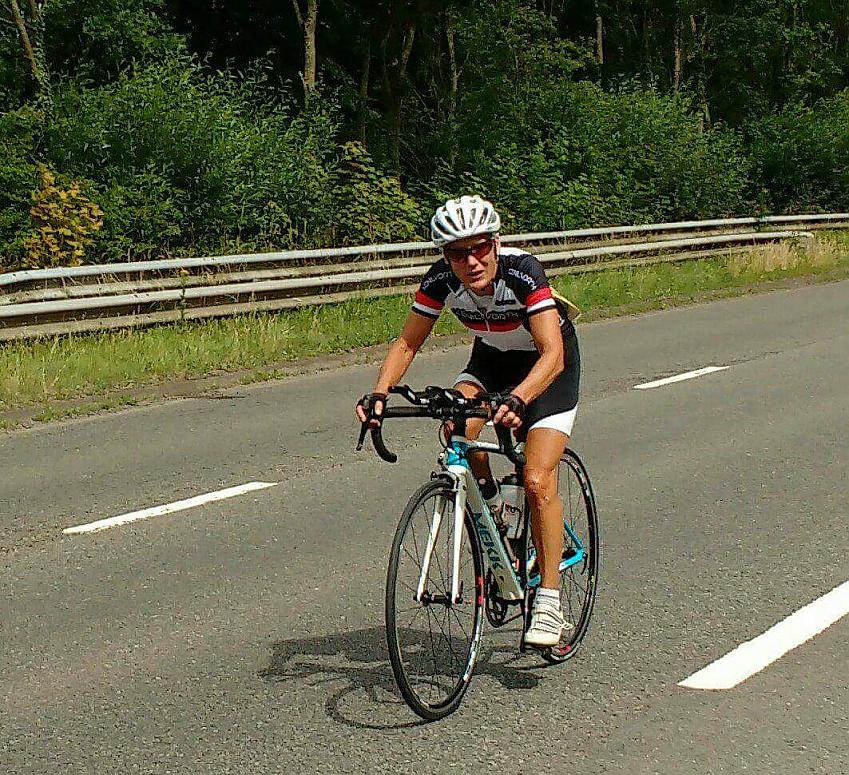