Cycling UK have long been calling for a review of roads policing in England and Wales, with traffic deaths plateauing over the past 10 years after years of declines, and a 44% decline in traffic policing numbers between 2007/8 and 2016/17 (excluding the Metropolitan Police).

However, alongside the drop in officers, recent years have also brought forward a vast array of new technologies with the potential to alter roads policing methods significantly – such as increasingly high quality and affordable dash, helmet and handlebar cameras.

Where an incident occurs on the roads, whether that’s a collision or a near miss, impartial high-quality footage from the scene ought to revolutionise enforcement, especially in two-vehicle incidents where questions of fault – and fact – can rapidly boil down to one person’s word against the other.

These cameras, now available for as little as £30, turn that on their head, and offer the police a huge array of ‘extra eyes’ (to steal Essex Police’s dash cam op’s wording) to monitor and enforce dangerous or careless driving. 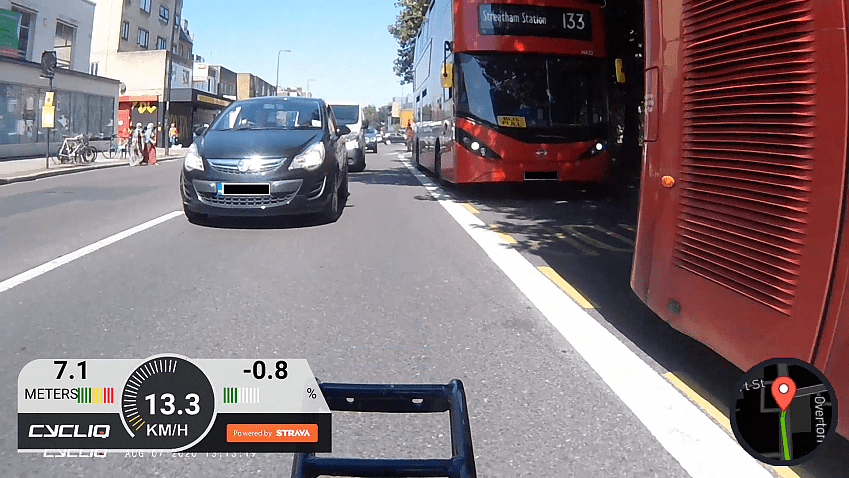 Camera quality is increasing rapidly, while prices are dropping

However, despite the huge potential on offer, a Cycling UK investigation has revealed that police forces across the country are failing to effectively monitor their management of this new stream of work, and that road users’ faith in the police to deal with evidenced reports of dangerous driving is staggeringly low.

Cycling UK submitted freedom of information requests to all English and Welsh police forces to identify which forces were making the most effective use of this technology, but found that out of 43 forces asked, just 11 were able to answer our questions at all. For the 32 others, their data was not recorded in an easily retrievable format – or they failed to respond altogether.

This speaks volumes – surely any force that is on the ball would be keeping a watchful eye on this workstream and closely monitor the outcomes. It appears that for many forces, technology isn’t being embraced – it’s being ignored.

Across the 11 forces which did provide information, police indicated that 33% of reports resulted in some action against the driver, representing more than 1,000 drivers facing prosecution or some form of warning for their dangerous driving over the past year – confirming the huge potential offered, if effectively adopted.

We submitted freedom of information requests to all English and Welsh police forces to identify which forces were making the most effective use of this technology, but found that out of 43 forces asked, just 11 were able to answer our questions at all

On the other side of the process, we asked our members and supporters to share their experiences reporting dangerous driving to the police, and the responses will, unfortunately, not surprise you.
63.6% of respondents had reported dangerous driving to the police in the past year, most with video evidence attached. Of those who didn’t make a report, 60% said this was because they had no faith that the police would take action. Where the police do not inspire confidence in the public that they will respond to reports of crime, it’s inevitable that people don’t even bother making reports.

One of the key problems when it comes to video evidence is the inconsistencies between forces, with a postcode lottery often the deciding factor in whether taking the time to record, edit and submit footage is worthwhile. There’s undoubtedly a divide between those which see the technology as a benefit and a burden, with a group of forces who clearly consider it the latter failing to make any investment in this area, with cumbersome systems to upload footage and, critically, a deafening silence when it comes to updating individuals on the outcomes of their report.

This lack of communication is a core problem – only 30% of respondents received communication back following a report, which means that most of those who took the not inconsiderable time to submit footage never hear anything back. This is a huge disincentive, as it takes serious stoic determination to endlessly send reports and videos into the void of a police website with no indication of whether they’re helping tackle dangerous driving.

Some forces have wriggled around updating individuals on the outcomes by claiming GDPR forbids it or suggesting that they can only provide updates to victims of crime – and suggesting many cyclists suffering close passes or near misses don’t qualify as victims. The fallacy that road crime is victimless until someone is injured must end, and 92% of those who submitted reports to the police considered themselves a victim. In failing to let so many of them know the outcome of their case, they are being failed by the system.

Our findings also put to bed any suggestion that reports are made by handful of anti-driving vigilantes, cycling around on the prowl for close passes: 73% of those who told us how many reports they’d made in the past year had made between one and four reports. These aren’t people reporting every single minor driving infraction, but people reporting seriously dangerous driving. 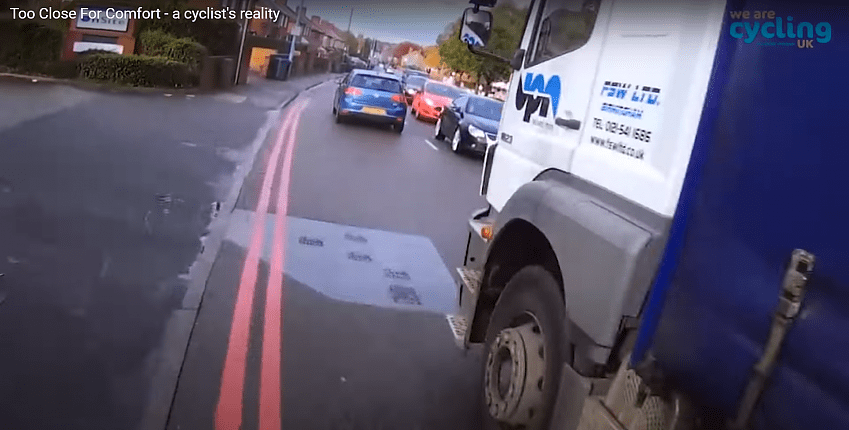 Overall, the damning assessment was that just 17% of respondents felt the police had thoroughly investigated and appropriately dealt with their complaints

Overall, the damning assessment was that just 17% of respondents felt the police had thoroughly investigated and appropriately dealt with their complaints.

The Roads Policing Review must address this failure. While no technology will be a substitute for roads traffic officers on the ground, it is absolutely vital that police forces nationwide are required to step up their action in this area.
Some forces are leading the way, with ‘Operation Snap’ in Wales and ‘Extra Eyes’ in Essex highlighting the benefits of dedicated staff to assess claims, but this needs to be reflected across the country, and faith will only be restored by police providing updates to the victims of road crime, and by monitoring and publicising their own data on video reports for public scrutiny.

That’s why the roads policing review – which closes on 5 October – is vital, especially given that its introduction specifically highlights the developments in technology. Cycling UK will be responding to the review in full in due course, but anyone can respond as an individual and, especially if you’ve had first hand experience of dealing with roads police following a dangerous driving incident, we’d strongly encourage you to do so.

The Roads Policing Call for Evidence closes on 5 October, and anyone can respond. There are 14 questions in total, but there’s no need to answer them all, and you may find many aren’t applicable to you - just pick those you have a response to.