Way back in the 1970s, when disc brakes were new to motorcycling and cycle brake performance decidedly sketchy in the dry, let alone wet weather, Oregon-based KoolStop began making brake blocks, or pads, that were a marked improvement on the bone-hard, low-friction offerings fitted as original equipment even on the leading rim brakes of the time. The day after scattering a crowd of spectators at a rain-soaked Worthing sea-front criterium, having failed to slow appreciably at the end of the first straight with my Campagnolo Super Record brakes, I went out and bought a set of KoolStop blocks…

Since then, OEM blocks have improved out of all recognition. But Kool-Stop brake blocks have also moved on since then and retain a significant edge in several aspects of performance over products from the major component manufacturers, while in many cases costing less.

The Kool-Stop range of replacement rim brake blocks is extensive, stretching to rod-pull brakes for old-school upright roadsters, and includes blocks made to match visually the originals of classic brakes by Mafac, Weinmann, Suntour and more, in addition those from Shimano and Campagnolo. And yes, there’s a version of those early ‘Continental’ blocks, as well as the original finned Air-Cooled Safety blocks. There are several compounds, for various climactic conditions and rim materials, although it’s hard to tell from the website which to choose since they are all, apparently, excellent in all conditions.

That aside, what’s so good about the ‘Salmon’ pink compound? Arguably the best known of Kool-Stop’s products, it is an ‘aggressive’ mix formulated for the wet but still, says the maker, superb in the dry. I tested it here as a replacement for Shimano’s Deore XT trekking V-brake pads. First up, it works much as claimed; in this installation, in very wet conditions, it is progressive, sensitive, and powerful after a slight delay of perhaps ½ second.

In the dry, it is very powerful and requires care, but there’s some squeal when braking hard downhill at speed. Importantly, and unlike the OEM pads, there’s no obvious tendency to pick up abrasive grit in the wet. Nor do Salmon pads seem to generate much grey sludge, so rim life should be improved. The pads themselves have barely worn in well over 1,000 miles, with moulding lines still showing, which is useful given the generally short life of thin V-brake pads. At the very least, these are a significant improvement in all areas over the original equipment – and inexpensive. 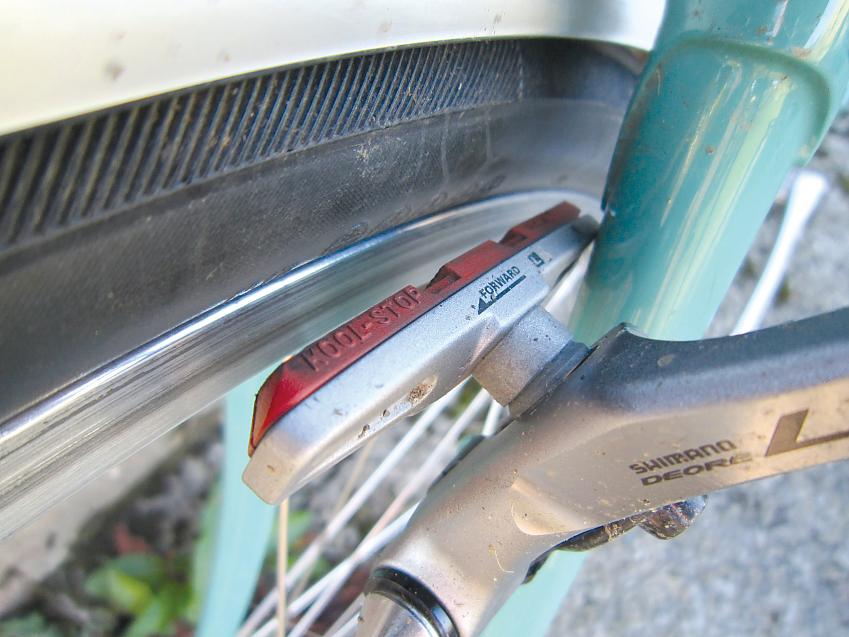 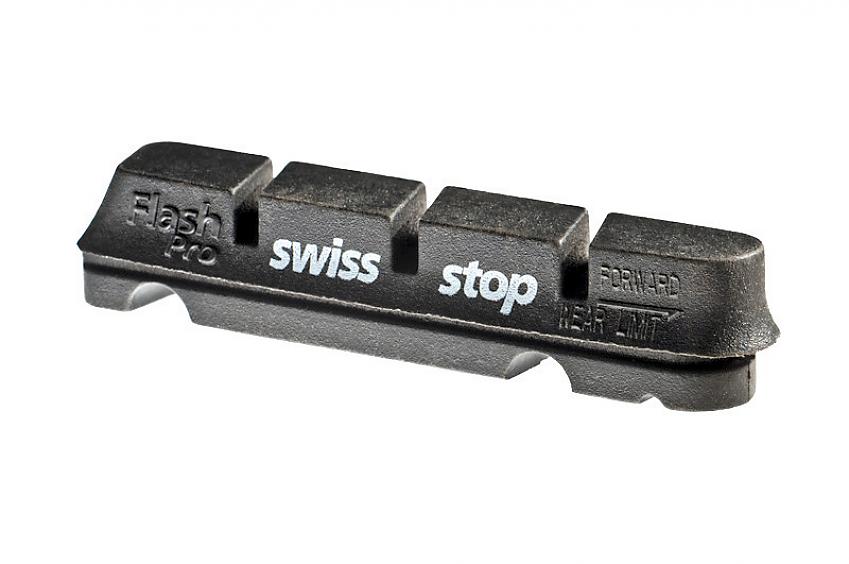 Excellent performance from a selection of compounds to suit aluminium and carbon rims, for sidepull callipers, V-brakes, and cantilevers. swissstop.com 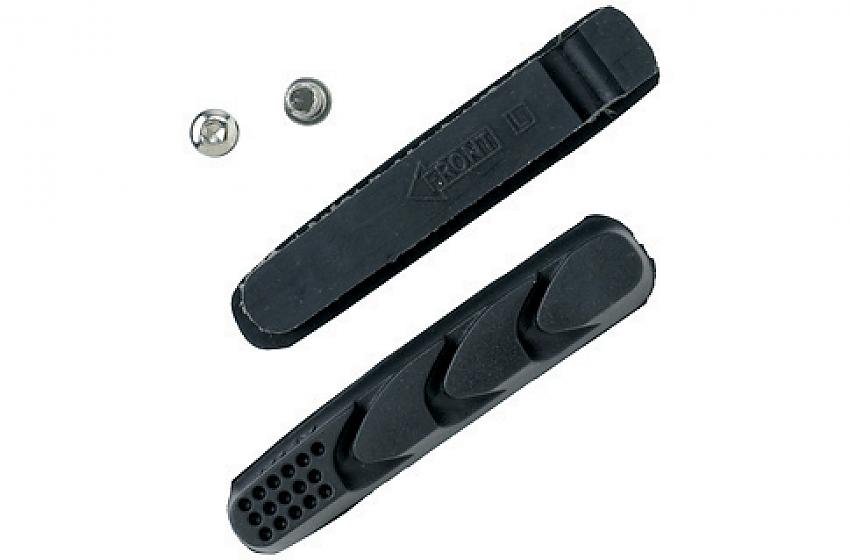 Inexpensive brake pads that work well and come in designs to suit a wide range of brake and rim types. madison.co.uk