Jenn Hill, who passed away in 2015, is part of Cycling UK's 100 Women in Cycling 2019 list for championing women's cycling during her time as Deputy Editor of Singletrack magazine.

Cycling defined Jenn Hill's life. Her relationships, her closest friendships, the way she saw and experienced the world. From 24 hour races through to the Tour Divide, or simply riding with friends, she did so with a smile and a hello for everyone she met.

In early 2014, Jenn and husband Tom sat in a room in St James’s Department of Oncology and both their lives changed in an instant.

Facing the prospect of much less time together, Jenn and Tom decided to pack in as many experiences, and as much love as they could in the short time they knew they had left.

Tom said: "We did way more than even we thought we would get to do. It will never be enough. I will always treasure each one of those days, every mountain top we stood on, every muddy smile, every sip of whisky before falling asleep in the back of a van or in a tent. 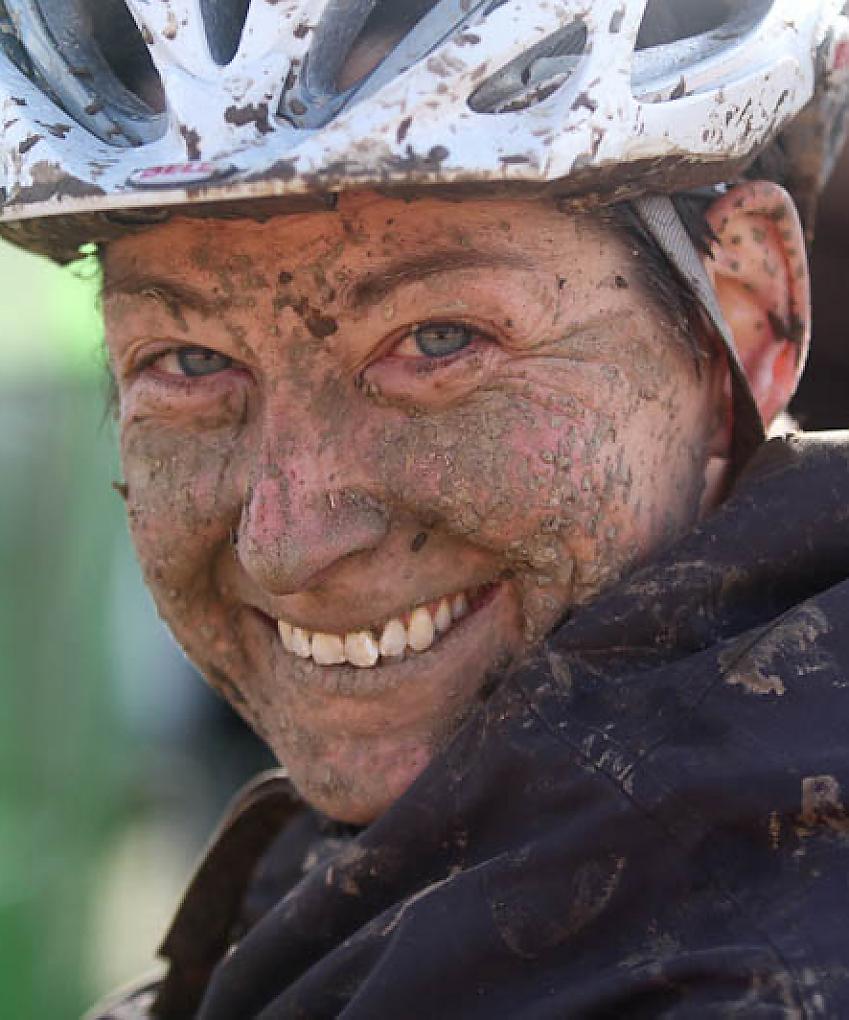 Jenn inspired in a very quiet way. She simply got on and did things. There was no shouting about it, no hint of an ego. It was just what she did.

"Jenn had no desire to be in the public eye, in fact she would actively avoid it if at all possible, and saw it as a necessary evil of what she did – racing and riding bikes, and writing beautifully about her exploits.

"She once told me that as much as she loved racing, she hated crossing the finish line (especially those regular times she did so in first place) and even more so, standing on the podium, all eyes on her.

"She struggled to balance her love for writing about riding bikes, with the recognition it brought.

"It was so typical of Jenn that while privately she might have felt a little baffled and embarrassed, publicly she always had a smile and the time to talk, whether that be at races or out on the trails.

"In the end, Jenn was able to rationalise this paradox by accepting that if she was inspiring others to try something new, to challenge themselves, to look at riding bikes in another way, or simply pick up their bike on a day that they otherwise may not have done, then it was more than worth being centre of attention every now and then (although it didn’t mean she had to enjoy it, thank you).

"Jenn inspired in a very quiet way. She simply got on and did things. There was no shouting about it, no hint of an ego. It was just what she did. What felt like sometimes superhuman exploits were conducted by this modest person with a wicked cute smile, the bluest of eyes and time for everyone. To me and many others, this made her exploits all the more powerful."

After she died in 2016, a multitude of #jennrides took place organised by people who wanted to remember Jenn, the impact she had on so many, and to carry on her legacy of inspiring others to get out for a ride. Many of the rides raised money for Cancer Research, MacMillan and St Gemma's Hospice, to help others who find themselves in a similar position.

Jenn was nominated for the 100 Women in Cycling by Sarah Ellis who said: "She was an amazing rider. She was a very down to earth everyday cyclist who was a mechanic in a past life and a great inspiration to all women. Someone who could inspire racers or just everyday riders who couldn't care less about sport. She fought a very tough battle with lung cancer and died much too young. She has always been my inspiration and always will be. She deserves a top place for being so human and so amazing, showing women what we are all capable of."