Since lockdown, there’s one trade where business appears to be booming: cycling. Cycling UK’s Sam Jones looks into whether this is actually true…

Last Sunday, the Transport Secretary, Grant Shapps MP told Sky News: "Active transport can keep people off public transport and get people to work under their own steam – and that can be a very important part of this [nation’s post-lockdown] recovery."

That was great news for Cycling UK's campaign to get the nation moving when we transition out of lockdown, but it was the Transport Secretary's comments on his evidence for the increase in cycling that was interesting: "There’s been a massive increase in active transport," he said. "In cycling we’ve seen hundreds of percent increase in a very popular scheme which means you buy a bike through your employer, effectively before tax, and then pay it back as a loan.”

If you’re not familiar with this scheme Mr Shapps was talking about, it’s called the Cycle to Work scheme and was introduced by the government of the day back in 1999.

It’s a fantastic initiative that has, and continues to, help commuters get to work by bike by helping do away with the upfront cost of a new bike, and breaking it down into manageable chunks, paid before tax, meaning the buyer saves even more money.

Active transport can keep people off public transport and get people to work under their own steam – and that can be a very important part of this [nation’s post-lockdown] recovery.

It looks as though during the lockdown it’s seen a real spike in interest. This is despite the fact that by and large the population aren’t actually cycling to work, given we’re all in lockdown.

So where’s this surge come from?

Cycling UK went to source and spoke to several providers of the scheme, including Adrian Warren, Chair of the Cycle to Work Alliance (CWA) and also Director at Cycle Scheme earlier this week.

The CWA has 85% market share of the cycle to work scheme and is made up of four companies which run their own separate versions: Cyclescheme, Halfords, Evans and Cycle Solutions.

According to Adrian and the CWA, the Transport Secretary was right and there has been growth particularly, but not surprisingly, among blue light workers (ie ambulance services and police forces).

“Where key workers are still needing to commute to work, we have already seen a significant increase in new scheme users,” said Adrian. “The number of employees using the scheme at some public sector organisations including police forces and ambulance services has increased by over 200% compared to the same period in 2019.” 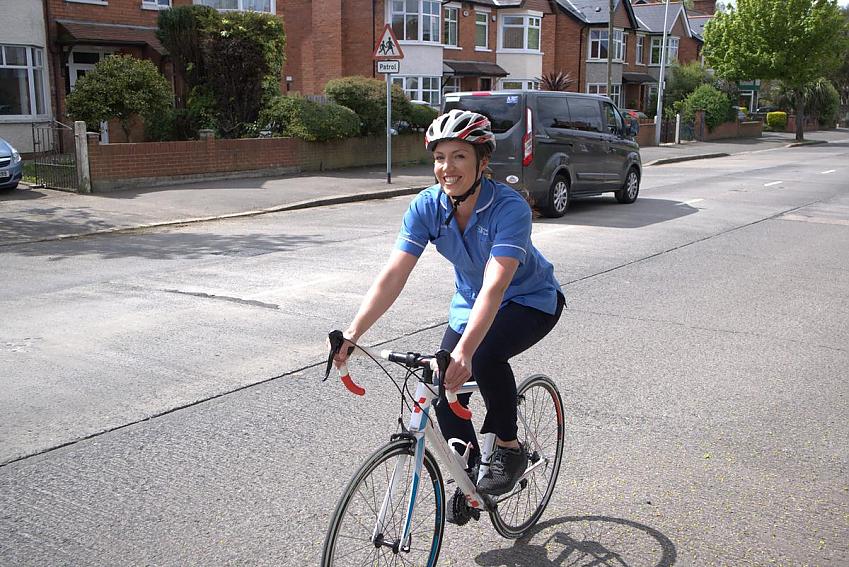 The reasons why more key workers are cycling will be manifold, but a reduction in public transport services will be one of the reasons, as will be the reluctance to use it – not so much for fear of being infected but for the fear of infecting others.

This week Cycling UK heard from one of our new members who has signed up for Cycling UK’s free membership for health and care workers – her reason for starting cycling is heart breaking.

Our new member told Cycling UK, “I have started cycling to work to avoid potentially infecting anybody when using public transport (I work in A&E and we are exposed to everything) so having this membership really helps me feel safer as a ‘new cyclist’ on the road.”

When every day heroes like this are turning to cycling to keep us safe, it’s no wonder there’s been a growth in this area – and the least we can do is try to make the roads safer for them.

The surge of interest is not just coming from key workers though, but also the wider public which is coming to terms with the idea that cycling is one of the best ways to maintain social distancing on shorter journeys as recommended by the World Health Organisation.

According to the alliance, when lockdown began, there was an initial drop in March but this soon picked up in April with a huge spike in website traffic compared to the same time in 2019, and large increases in both employee registration (ie looking to buy a bike through the scheme) and small and medium sized enterprises (SME) employer registration (meaning their employees can now access the scheme).

Adrian Warren explained where this growth has come from to Cycling UK. “In recent weeks we have seen significant interest in joining the scheme from employees across the UK, with people realising that this is a cost-effective and easy way to get a bike and cycling accessories," he said.

“We are seeing a significant increase in enquiries to scheme providers and employee applications to join, as well as a surge in employers, particularly SMEs, registering. We expect the data for new scheme users registered in May to show steady growth compared to 2019.”

The interest from SMEs is particularly significant, as an often-touted excuse for employers not taking part in the scheme is that the scheme is an impractical burden for a small business both in terms of admin and sometimes upfront cost.

Clearly employers of all sizes are looking to protect their most valuable asset – their staff – and that means giving them alternatives to get to work which will keep them safe.

That’s no surprise to Cycling UK’s Cycle Friendly Employer accreditation manager, James Palser, who has long championed the cycle to work scheme. He said: "The scheme not only allows employees to get bikes that will help them ride to work, but also will help employers.

The [cycle to work] scheme not only allows employees to get bikes that will help them ride to work, but also will help employers.

“Employers save money on their National Insurance payments, active commuters take fewer days sick on average and feel more productive while at work.

“The scheme also helps to support the thousands of independent cycle shops across the country, thus helping the local economy, and with the benefits of giving staff the means to practice social distancing on the commute it’s a win-win situation.” 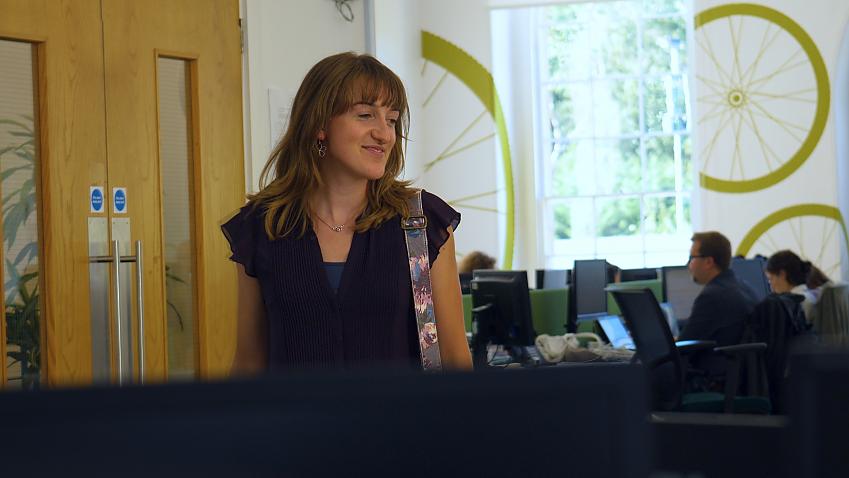 Since changes were made to the scheme last year, more specialist bikes can be purchased to support families wanting to buy cargo bikes, or adapted bikes for people with disabilities and also e-bikes – the game changing technology which flattens hills and turns a sweaty ride in to a leisurely commute.

E-bikes are increasingly popular, so if you have your eye on one, and your employer is signed up to the cycle to work scheme, don’t wait too long though to get your application in says Rob Howes, founder of the Green Commute Initiative (GCI).

The GCI is another cycle to work provider. Like the Cycle to Work Alliance members, after an initial sales blip in March, Rob has seen strong growth compared to the same time in 2019. All the early figures for May indicating this will increase – but with stretched supply chains for new bikes, there’s the risk customer demand could outstrip supply.

There must be a lot of disappointment when the bikes have been sold before they can be collected by the employee.

“Probably the most telling statistic is that it’s getting harder and harder to source bikes as demand accelerates,” Rob told Cycling UK. “We now advise all applicants to reserve the bike and place a deposit to make sure the supplier keeps the bike for them. There must be a lot of disappointment when the bikes have been sold before they can be collected by the employee.”

You heard it here first: if you're on the lookout for a new bike don't delay...or alternatively you can always check out Cycling UK's advice on how to buy a second-hand bike.

How can the Cycle to Work Scheme help you? View

Can we keep the bike boom on track? View

10 cities where pop up bike lanes could benefit millions: explore the maps View

What does the future hold for the cycle industry? View
Cycling UK continues to support the UK to cycle
This remains true during this difficult period with the ongoing threat of coronavirus Covid-19
Read our latest advice on cycling
Join Cycling UK to help us change lives and communities through cycling
Membership gives you peace of mind insurance, discounts in cycle shops, rides & routes
Join now