Bernard Newman, a British author, world traveller, rumoured spy and CTC member, lived from 1897 to 1968. He wrote twenty bicycle travel books, totalling more than 5,000 pages. But it is not only the quantity of his output that is impressive but the quality, breadth of information and their gripping stories, as Jeff Malter explains

Bernard Newman cycled in every country in Europe from the early 1930s through to the late 1950s. The cycle he used on his first journey, a Starley, was a very sturdy three-gear bicycle. He switched to riding BSA cycles for the rest of his travels. All he carried was a few changes of clothing, pyjamas, a toiletry kit, a local map and his trusty camera. Newman made a habit of always traveling as light as possible. 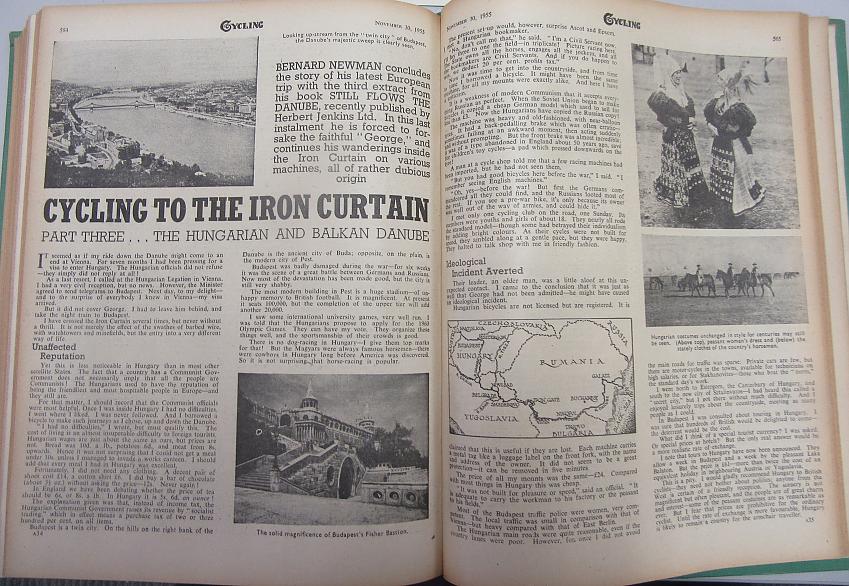 A Bernard Newman article. With permission from the Modern Record Centre at Warwick University.

Newman’s first book on cycling was suggested by his publisher Herbert Jenkins. In ‘The Trail of the Three Musketeers’, published in 1934, Newman follows the adventures of Alexandre Dumas’ characters throughout France, combining historical commentary with beautiful descriptions of the landscape. Sometimes Newman loved to start his journey at the headwaters of a river and follow it to its end at the sea. The Lazy Meuse which covered France, Belgium and Holland, is such an example. Albanian Back-Door, Ride to Russia and British Journey are just a few of his many published journeys.

But it was a walking journey, ‘Round About Andorra’, published in 1928, that was his first published work, and it helped to open this fascinating country to the outside world. In 1952 he published Both Sides of the Pyrenees, a cycling adventure made 25 years after his first sojourn in the beautiful land between France and Spain. During this trip he met a group of CTC riders at the Col du Puymorens, one of the higher mountain passes in the Pyrenees. He followed up this trip with an article in the CTC Gazette in November 1951.

Newman’s cycling stories were often surreal; in The Blue Danube, Black Forest to Black Sea, Newman recounts one such unusual experience. He was near Trnovo in rural Bulgaria, cycling on a dark moonless night on a country road. Pedalling quickly downhill, he fell into a river. Newman’s bike, affectionately named George, survived without damage, although Newman was rather bruised. Seeing a light up a gloomy path he cycled to the gate. It turned out to be the Monastery of Transfiguration. The monks welcomed him and helped to clean up his nasty bruises, offered him a place to rest.

Newman wrote a cycling book almost every other year from 1934 to 1960, selling in the many tens of thousands. Although most are out of print there are two that have recently been re-published in digital format: Pedalling Poland, 1935, and The Lazy Meuse, 1949.

In addition to his bicycle books Newman wrote another 120 books on a variety of subjects, both fiction and non-fiction, with many of them incorporating cycling as part of the story. Amazingly he wrote and published a book about every 12 weeks for 40 years! His most famous fictional work, Spy, published in 1935, sold hundreds of thousands of copies and went through 18 editions in English between 1935 and 1947. It was published in 12 foreign languages as well. In 2017 Spy was published for Kindle.

The intriguing aspect of Spy is that many reviewers in papers throughout the world took this book as fact and not fiction, as the main character in the book, Bernard Newman, a captain in the British army, becomes Adolf Neumann, a counter espionage spy in the German army. Later, writers of Newman’s obituaries in the Times and the New York Times imply that he was an extremely accomplished spy.

Given his remarkable achievements and wealth of written work, it’s incredible to think Newman was not formally educated beyond comprehensive school, as he was the right age to be shipped off to the Front. Newman was a decorated soldier in World War I and worked for the British government during World War II. Some research implies that he worked as an undercover agent for the Ministry of Defence. In any case he was considered to be one of the leading government experts on espionage, and worked for the Civil Service for thirty years.

It was during his time away from work that he travelled. He was very well disciplined and each night he wrote about his experiences of the day. These writings became his books, usually published within months of returning to his family home in Harrow a London suburb.

During World War II the Ministry of Defence sent Newman to France to boost the morale of the British Expeditionary Force soldiers. He gave hundreds of lectures to British, American and French soldiers, telling fascinating tales of his solo cycling adventures as well as true to life espionage stories. There were times when he would cycle between the various locations of the troops stationed in France. He was also sent to North America to talk to American and Canadian soldiers and elected officials, including President Franklin Roosevelt, on the state of the war in Europe.

Bernard Newman was an expert on the politics of Europe and the wider world. Many of his books explained the problems of Europe after the World Wars. One of his specialties was the countries behind the Iron Curtain; between the wars and afterwards he cycled throughout Eastern Europe among many other places. He endured primitive road and living conditions, often finding himself in precarious circumstances.

Newman influenced cycle tourism through his writings in the early days of mass travel.

He gave many lectures to CTC clubs talking about his bicycle journeys. They were advertised in local and national newspapers as well as in the Gazette and were very well attended. He gave talks to CTC groups in Southampton, London, Leicester, Durham and Manchester among many other towns and cities throughout the UK.

Indeed, Newman gave thousands of lectures worldwide. He was considered to be one of the best public speakers of his time and his audiences numbered in the hundreds and even the thousands. He spoke of war, espionage, travel, politics and recounted many of his often humorous experiences. He showed glass lantern photographic slides with his lectures and published hundreds of his photos in his books.

During his many travels over a forty-year period, Newman met and interviewed an amazing variety of world leaders, industrialists and cultural figures. The roll call of people he knew is a who’s who of the well-known and influential of modern history: Winston Churchill, Ghandi, Franco, King Zog, Ho Chih Minh, Nelson Mandela, Walt Disney, Franklin Roosevelt and John F Kennedy, Richard Attenborough, John Buchan, General Douglas MacArthur, Paul Robeson, the Prince of Wales and Princess Anne, and many others. 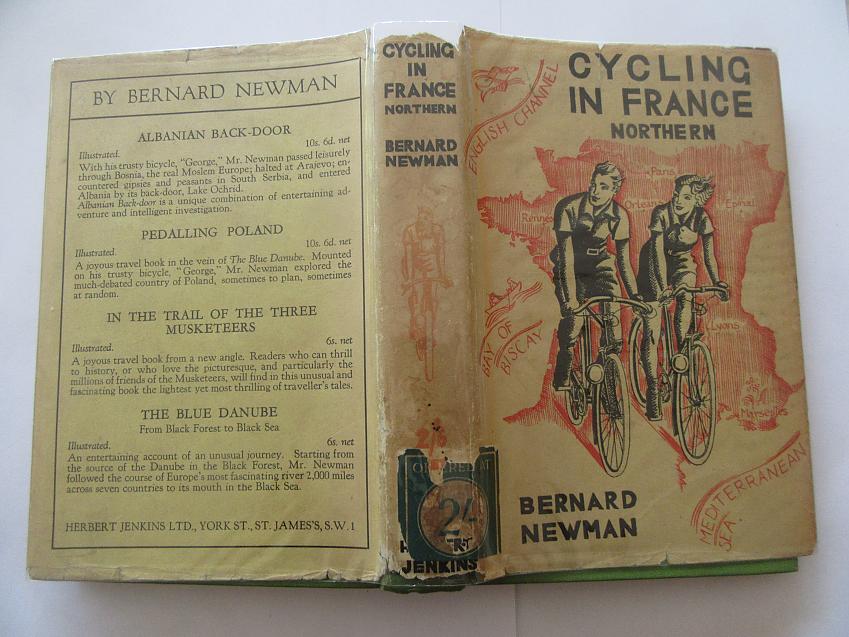 Bernard Newman's writings were inspirational to adventure-seeking cyclists. With permission from the Bernard Newman Estate.

Despite fame during his lifetime, Bernard Newman is now an almost forgotten person. Twenty-four of his books, mostly espionage and detective fiction, have recently been re-published in electronic format. He made analyses of European and world politics that have proved to be very insightful even fifty years after his death. Newman influenced cycle tourism through his writings in the early days of mass travel. Perhaps if his writings and accomplishments were better known, he would get the appreciation that he deserves.

If you have any comments or information about Bernard Newman the author Jeff Malter would be interested to hear from you.