Alison Salthouse is part of Cycling UK's 100 Women in Cycling 2018 list for sharing her cycling epiphany in her fifties.

Alison started cycling in 2013, aged 53, after not being on a bike for 35 years. Today, she is a self-proclaimed addict, having ridden 100-mile sportives, time trials and track leagues. She has become a Breeze Champion and is an accredited regular at Derby velodrome, where she is ‘track mum’ to many of the young people there.

Alison’s nomination reads, “She has inspired many women and kids to ride in the last few years because she sets such a great example and rides with a huge smile on her face. She is a shining example for women’s cycling because it has changed her life and she has encouraged so many other people.”

Alison says, “I sometimes can’t believe it is me cycling... I really didn’t set out to become hooked. I wanted to get a bit fitter as I was so unfit and overweight. I thought it would be easy as I’d messed about on a bike as a child, but was totally unprepared at 53 to find I couldn’t ride half a mile without getting out of breath and jelly legs. However, I persevered, met some lovely encouraging people and set small targets – 5 miles, 10 miles. Last year I rode over 3000 miles – 1000 of those on the velodrome! I also bought a BMX.

“Next year I will be 60 and plan on entering the World Masters Track Championship in Manchester. This June I will be competing in the UK Track Masters in Newport.

"People say they are drawn to my story because of coming late to the party and not being built like a racing snake." 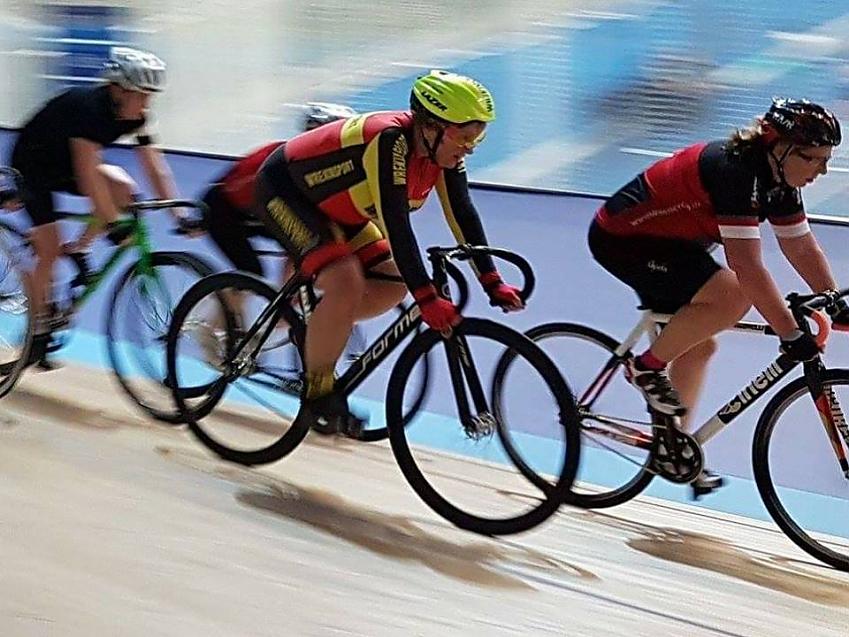 Alison Salthouse on the track

Find out more about Alison Salthouse