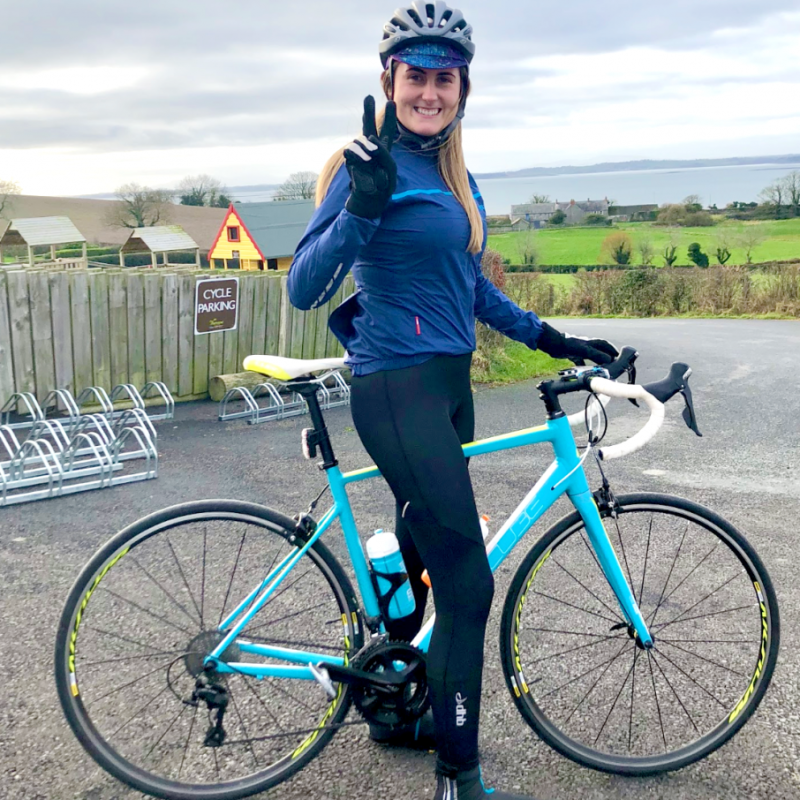 Jemma joined See Sense (cycling tech company) six years ago and now acts as the marketing lead, running Kickstarter campaigns and helping to grow the See.Sense community. Joining See.Sense reignited her childhood passion for cycling, the adventure and freedom it brings. Jemma is passionate about making cycling safer and accessible to others through her work, attending tradeshows, live events and cycling photoshoots. Jemma loves working in the cycling industry.

"I joined See.Sense (a cycling tech company) six years ago, and I have been lucky to meet some amazing colleagues and friends for life who are all big into cycling. That’s when I got back on the bike for the first time since being a kid, and I have never looked back once!

"So, as a female cyclist with a restored love for riding bikes in 2015, getting back on a bike for the first time since being a child brought with it a large helping of nostalgia, freedom - and so much more.

"As a kid, I remember cycling the streets with my friends and neighbours, going on adventures for what seemed like hours on end. This happened almost every day after school (and definitely every day during the summer months). You knew whose house your friends were in by the bikes sitting in their front garden. Carefree, pedalling filled days!

It really doesn’t matter if it’s an hour away from where you live, or right on your back door, I love discovering new places to explore on two wheels

"I am a bit of a creature of habit and enjoy taking the same route most times I ride, but changing it up every so often. It really doesn’t matter if it’s an hour away from where you live, or right on your back door, I love discovering new places to explore on two wheels! I feel very lucky to be working in the cycle industry where one day I will be doing a livestream, to jumping on a bike at a photoshoot to show off our reactive lights, no day is ever the same at See.Sense, and I really mean that!"

Jemma was nominated for the 100 Women in Cycling by Irene McAleese, who said:

"Jemma originally joined our team as an intern six years ago, and has grown and developed alongside our company growth here at See.Sense to become our Marketing Lead.

"Jemma has helped run six successful Kickstarter campaigns for our cutting edge cycling tech products and has also helped grow and engage with our amazing community of 70,000 cyclists today. From cycle tradeshows, to live events, to jumping on her favourite bike at a photoshoot, Jemma is always an inspiration. She tells us she loves working in the cycling industry and is especially inspired to see so many new cyclists joining over lockdown, especially women cyclists."