Jon Snow at the Get Britain Cycling inquiry
Thursday, 21 March 2013

Welcome to the March issue of CycleDigest, CTC's round-up of cycle campaigning news.

Spring is as good a time as any for visionary thoughts: the All Party Parliamentary Cycling Group has just wrapped up its Get Britain Cycling inquiry and a report will be out in April; funding for cycling in London has leapt up; and there's much promise for sustainable 'door-to-door' travel. That's not all that's on the horizon, so please click on.....

And - another new thing - this is the first entirely paperless edition of the CycleDigest and we hope you like it. If you have any feedback, please email me.

Want to keep up with cycle campaigning news from CTC? Subscribe to the CycleDigest and we'll let you know whenever a new issue is online.

How to Get ​Britain Cycling! 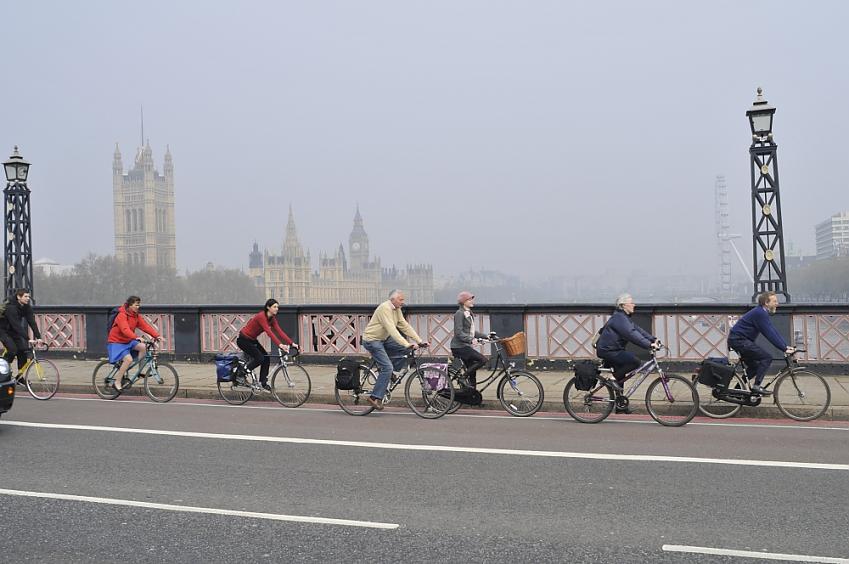 The All Party Parliamentary Cycling Group’s inquiry opened on 23 January, aiming to gather a body of expert evidence on how to Get Britain Cycling. A report will be published in the spring.

The inquiry closed on Monday 4 March.

Boris Johnson, the Mayor of London, plans to spend £913m on a new 'Cycling Vision' for the capital. Cycle routes named after Tube lines, better cycling infrastructure and increases to cycle parking at mainline stations are just some of the proposals. The Mayor is also keen to ‘de-Lycrafy’ cycling to broadening its appeal to a wider cross section of society.

Public transport, walking and cycling make ideal travelling companions, so the launch of the Government's vision for door-to-door journeys by sustainable transport is a welcome step forward.

Helen Grant MP, the Minister for Courts and Victims, has committed to support discussions about how to improve the legal system's response to road traffic offences.  Campaigners from CTC, British Cycling and RoadPeace met the minister in December, highlighting recent examples of derisory sentences given to drivers prosecuted for killing or seriously injuring cyclists.

Cycle use went up by 15% in 2011, according to official figures released in December by the DfT.  The uptake is mainly amongst young and middle-aged men.

The Department for Transport’s revised guidance on setting local speed limits (England) (i.e. limits that differ from those set nationally) is yet another boost for lower speeds and 20 mph in particular. It says, for instance:

“Traffic authorities are asked to keep their speed limits under review with changing circumstances, and to consider the introduction of more 20 mph limits and zones, over time, in urban areas and built-up village streets that are primarily residential, to ensure greater safety for pedestrians and cyclists.”

Fear of traffic can affect people's quality of life and the needs of vulnerable road users must be fully taken into account in order to further encourage these modes of travel and improve their safety. Speed management strategies should seek to protect local community life.”

It also states that traffic authorities can not only introduce 20 mph speed limits or zones in residential streets, but also on: “Major streets where there are - or could be - significant numbers of journeys on foot, and/or where pedal cycle movements are an important consideration, and this outweighs the disadvantage of longer journey times for motorised traffic.”

Determined to reduce cycle casualties and highlight the many distractions that can cause every road user to ‘take their eye off the ball’,  Road Safety GB Mercia region (Midlands/Birmingham area) has just launched its ‘What Matters Most’ publicity campaign. Taking a balanced approach to educating drivers about cyclists, two complementary web pages explain ‘What cyclists want drivers to know’ and ‘What drivers want cyclists to know’. CTC has endorsed the campaign.

Campaigners, including CTC representatives, have publicly protested against plans to allow taxis into Belfast’s bus lanes. Although not perfect, bus lanes are popular with many cyclists for their directness and lower levels of traffic, but changes to the way taxis are licensed in Northern Ireland could see thousands more vehicles using them.

The Welsh Government has proposed ambitious new legislation to place a duty on local authorities to map the walking and cycling routes in their area, make a plan and budget to improve them.

The Scottish Government is currently refreshing the Cycling Action Plan for Scotland (CAPS), with input from key stakeholders including CTC Scotland. A refresh is something that Cycling Scotland called for in its report on the progress of CAPS, along with improved leadership and more funding.

£62m for cycling in England

CTC and other cycling groups have welcomed a Government announcement explaining how £62m of cycling funding for England will be spent - including £30m for up to three 'cycling cities'.

The Government is inviting English local authorities in partnership with National Parks to bid for a Cycle Grant. The money, to be administered through the Linking Communities Programme, is for infrastructure improvements to enable more people to cycle in and around National Parks. Deadline: 30/4/2013. 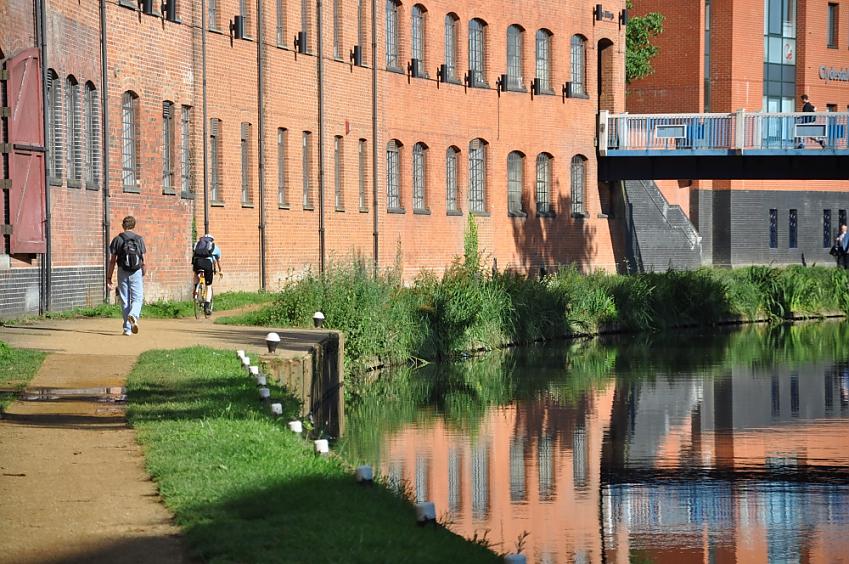 Code of conduct for shared-use paths

Cyclists and walkers have the potential to co-exist happily when they use the same routes, but mutual respect and consideration are a vital part of this. In response to the growing problem of speeding cyclists, Sustrans has issued a Code of Conduct to encourage responsible behaviour on shared-use paths. The Code was developed with input from CTC’s Roger Geffen and is also endorsed by British Cycling.

The first Drive to Work Day on 11 December last year saw thousands of cyclists in London exchange their cycles for motor vehicles. Dreamt up by cycle instructor David Dansky of CTUK, the initiative is designed to demonstrate the scale of the contribution that cyclists make towards easing congestion.

David, who took a taxi to work, said: “Great to see thousands of fellow travellers sharing the communal commute. We’ll be back again bigger and better next year.”  Next Drive to Work Day: Wednesday 11 Dec 2013

Cycle to Work scheme signs up even more commuters

The Cycle to Work Alliance reports that 2012 saw a 7.9% increase in take up of the Government supported ‘Cycle to Work’ scheme when compared to 2011. The initiative helps employees hire and, if they want, eventually buy a cycle tax efficiently.

Funding boost for Wheels for Wellbeing

Wheels for Wellbeing, together with partners, has been awarded £468,000 from Sport England to further build cycling resources for disabled people across London over the next three years. 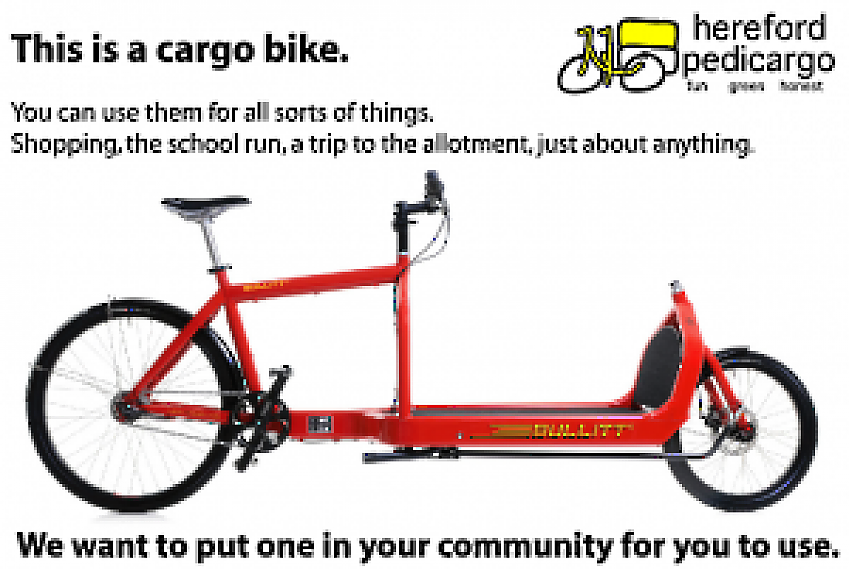 With the help of CTC, Hereford Pedicabs and Pedicargo are launching an innovative community cargo bike share scheme in the St James area of the city. If successful, this type of scheme could be rolled out in other towns and cities in the UK.

Children who cycle to school have more focus

Denmark’s Mass Experiment during School Science Week 2012 examined the link between diet, exercise and the power of concentration. It found that children who walk or cycle to school rather than being driven are able to concentrate better, and the effect lasts all morning.

Thanks to lobbying coordinated by the European Cyclists’ Federation (ECF), the European Parliament has agreed to include cycling and the EuroVelo network of cycle routes in its infrastructure guidelines. While the move has the potential to realise “billions of Euros in cycling investment” across the EU region, the campaign to keep cycling included in EU budgets is ongoing.

New York City’s Department of Transport has decided to make good use of its defunct single-space parking meter poles – they’re going to be upgraded into bike racks. 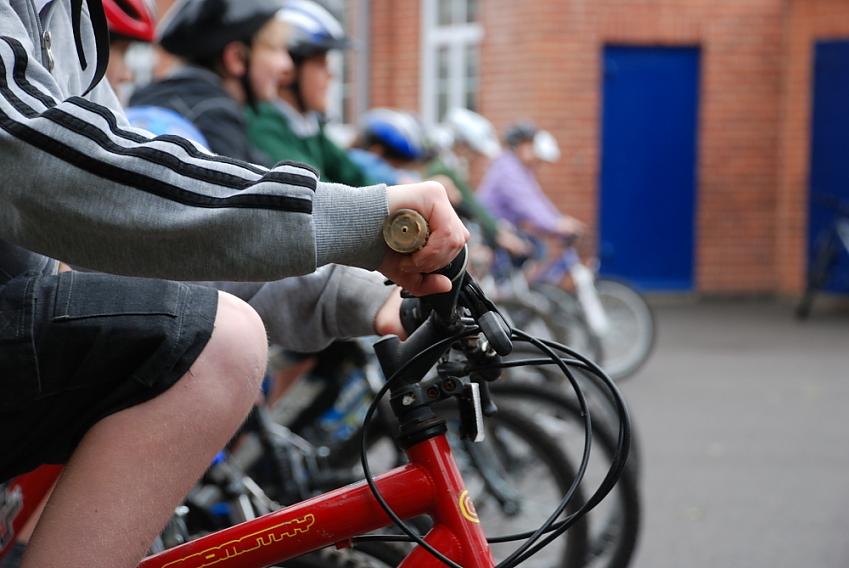 A consultation on the content of the National Curriculum for England is a good chance to call for the education system to pay more attention to cycling. Swimming is on the curriculum, so why not cycling? Add your voice to the call.

The Spanish cycle campaign group, ConBici, is on high alert after finding out that the National Traffic Authority is planning to introduce measures that, the group says, seem designed to push cyclists off the roads and undermine green tourism. Find out what they are and act now to help ConBici fight off the proposals.

Report presented in the European Parliament by Prof Becker, Chair of Transport Ecology from the University of Dresden. Main findings:

Includes detailed national figures for each of the EU-27 Member States.

The results gathered from the 77 people who took part in the first of CTC’s two Shop by Bike trials last autumn. Includes findings on the facilities offered for cyclists and their bikes (varied and inconsistent); how people carried their shopping (panniers mostly); and the sort of goods they transported (not just shopping…).  Almost all of the participants enjoyed the shopping experience  – only one of them said they were unlikely to continue.

The trials were part of CTC’s involvement with the CycleLogistics project, which is funded by the EU's Intelligent Energy Europe programme and aims to promote energy efficiency and a more rational use of resources.

Defying Poverty with Bicycles: How to Succeed with Your Own Social Bike Business Program (Sue Knaup)

'How-to' manual from the US setting out a simple social enterprise model for using cycles to help people struggling from deprivation, with advice on launching new careers. The author draws on her own experience as a bike messenger in San Francisco in the 1980s, bike shop owner in Arizona, and as the founder and executive director of One Street, an international bicycle advocacy organisation working to connect non-profit and business leaders to help people through cycling-related initiatives.

Meet the experts to discuss how to implement strategies that encourage more cycling in British cities. For representatives from government, employers, consultancies, suppliers, 3rd sector and public health bodies. See Cycle City website for fees and to book

NSI is the qualification which enables you to deliver Bikeability in schools and adult cycle training to the National Standard.

We can also deliver bespoke courses for local authorities.