Welcome to the August issue of CTC's CycleDigest.

Congratulations are due to the eight cities and four national parks who've been awarded significant central government funding for cycling.

Although the amount each city has to spend on each of its citizens varies, between them it amounts to around £10 per person per year and, happily, this is the sum recommended by the All Party Parliamentary Cycling Group's (APPCG) 'Get Britain Cycling' report, published in April.

This is good news for the cities, of course, but the new cycle funding only covers one tenth of Britain's population for two years, so an enduring commitment to spend £10 per person annually wherever they live would be far better - and just think what could be done with double! £20 per person per year is, after all, the APPCG's long-term ambition.

One way of helping reach that goal is to urge your MP to attend the 'Get Britain Cycling' debate on Parliament's first day back on 2 September. It's really easy to send them a letter!

Demonstrating the political leadership that CTC has long been calling for, Prime Minister David Cameron announced earlier this month that the government in England is investing £millions in cycling.

This government wants to make it easier and safer for people who already cycle as well as encouraging far more people to take it up and business, local government, developers, road users and the transport sector all have a role to play in helping to achieve this.”

The Highways Agency will also be spending £4.8m on upgrades to its network to help cyclists and a further £15m on ‘cycle-proofing’ in 2015/16.

MPs to debate cycling on first day back 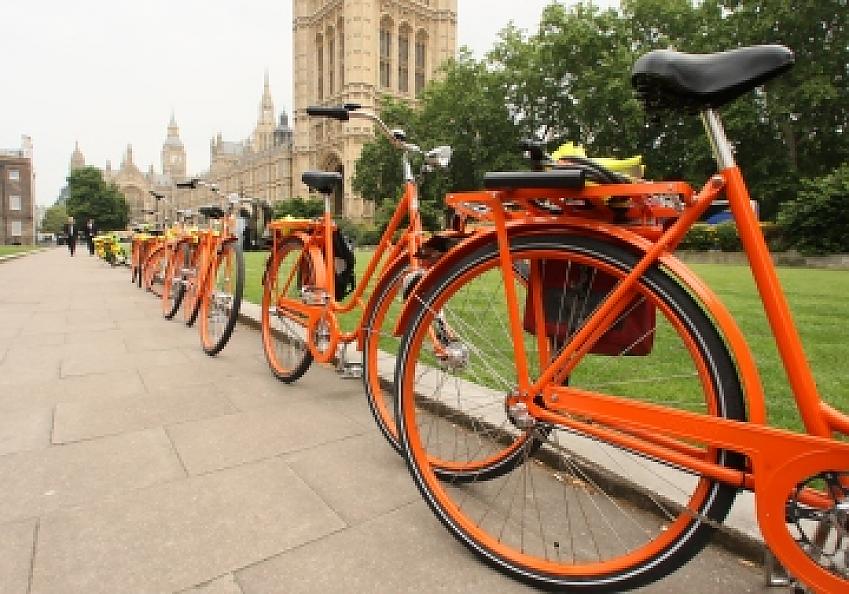 As mentioned in last month’s Digest, the House of Commons will be debating the All Party Parliamentary Cycling Group’s 'Get Britain Cycling' report on 2 September.

It’s the MPs’ first day back after the summer recess and we hope they’ll be refreshed and keen to back the report's calls for new cycle-friendly design standards, for the positive promotion of cycling and for long-term funding that will get all of Britain cycling, along with the eight cities already favoured with a cash injection (see above).

Make sure your MP is there!

Cycling officially on the rise 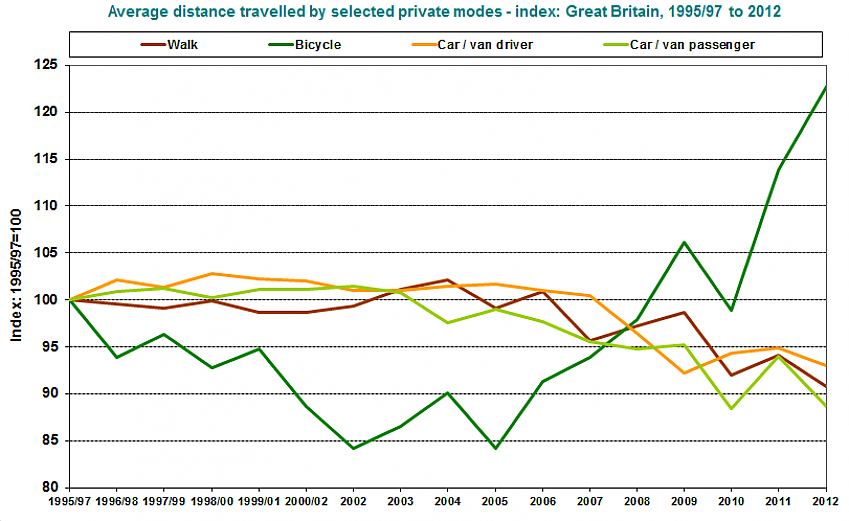 According to the Department for Transport (DfT), cycle use has gone up in the last two years, from 49 miles per person in 2011 to 53 miles in 2012. Most of this seems to be down to people making longer journeys by bike - the average cycle trip is now 3.2 miles long, 45% longer than it was 10 years ago.

Gary McCourt, the driver found guilty of causing the death in 2011 of cyclist Audrey Fyfe in Scotland, was back in court on 13 August to face an appeal against his ‘unduly lenient’ sentence of a 5-year driving ban and 300 hours’ community service. Mrs Fyfe's family and CTC believe that a lifetime prohibition should be imposed on McCourt instead.

Solicitor General Lesley Thomson told the court that the original trial sheriff had not given enough weight to the fact that McCourt’s driving caused the death of another cyclist in 1985; that he failed to consider public protection properly; and that he had erred in applying sentencing guidelines, notably by wrongly reducing the sentence because Mrs Fyfe hadn't been wearing a helmet.

A written judgement is awaited from the three judges who heard the appeal.

A fixed penalty notice (FPN) for careless driving came into force on 16 August. CTC welcomed the move (and the associated 50% increase in all motoring fixed penalties), but warns that it mustn’t lead to any further downgrading of dangerous driving to careless driving. Acts of driving that cause death or injury, CTC believes, must still end up in court. More traffic police are also needed to make best use of the new FPN.

Young, new to driving and far from risk-free - it's time to act

Inexperience and overconfidence are what makes new drivers such a risky group of road users, according to a website poll from IAM (Institute of Advanced Motorists). 86% of respondents highlighted both, while 67% rated peer pressure, 52% immaturity and 45% shortfalls in the learning process as other important risk factors.

Given that 68% of IAM’s respondents lacked faith in the current driving test’s ability to produce safe motorists, the awaited appearance of a green paper from the Government on the safety of newly-qualified drivers will not be before time. Options mooted are: a minimum period of learning before the test, increasing the time on driving probation, making the test more rigorous and incentives for additional training post-test.

London police get tough on ASLs 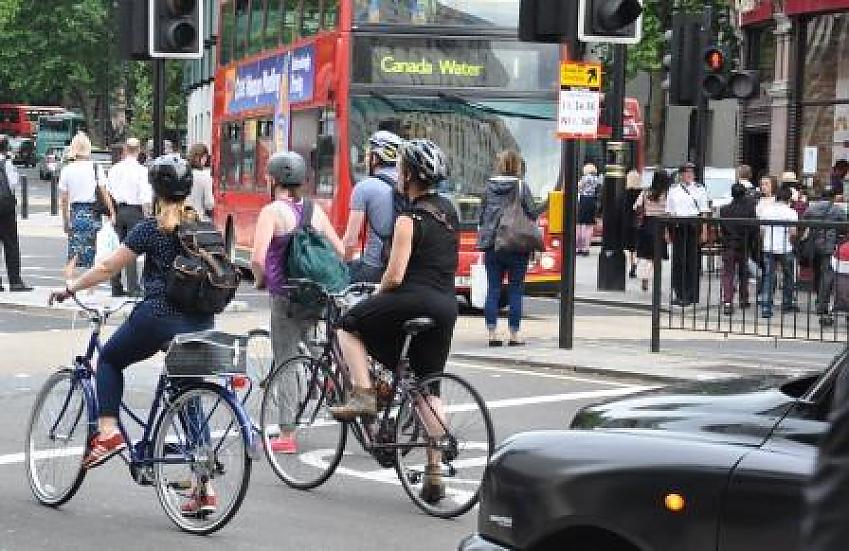 Transport for London (TfL), the Met Police and City of London Police have been cracking down on motorists who break the rules of Advanced Stop Lines (ASLs) or ‘bike boxes’. Drivers caught crossing the first or second lines on red are liable for a fixed penalty charge and three points on their licence.

The Mayor’s Cycling Commissioner, Andrew Gilligan, said: "Bike boxes are a really important way to keep cyclists and vehicles at a safe distance. They have already saved hundreds of drivers, particularly truck drivers who have blind spots in their cabs, from the anguish of unintentionally harming a cyclist, and of course saved hundreds of cyclists from serious accidents."

The start of the crack-down was heralded by seven weeks of engagement and education, including speaking with drivers and cyclists at key junctions and handing out flyers explaining why and how ASLs work.

Lib Dems to confer about cycling

The Liberal Democrats have put time aside for cycling at their forthcoming party conference. They will be looking at a policy motion presented by Dr Julian Huppert MP on how to refor 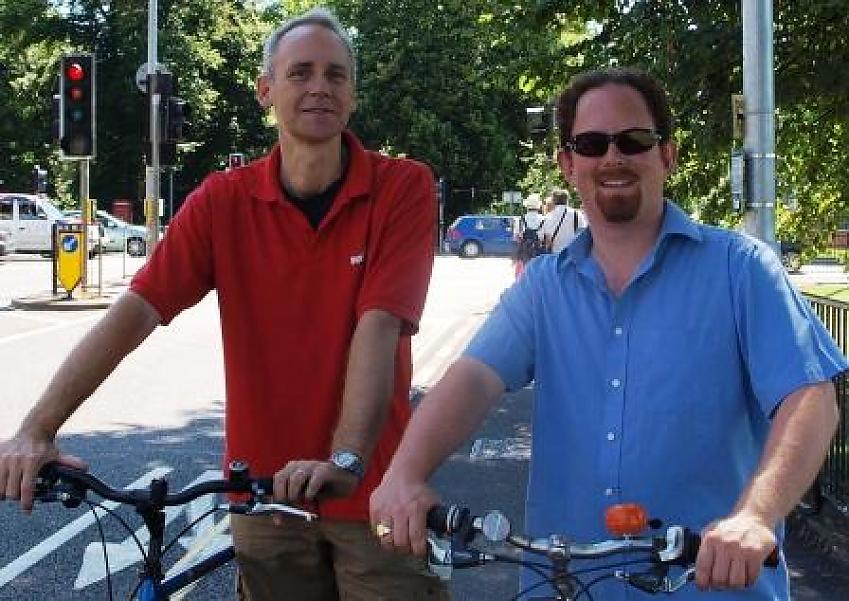 m cycling by making it safer and more appealing. It closely reflects the recommendations made in the 'Get Britain Cycling' report, due to be debated in Parliament on 2 September (see Headlines).

To highlight his campaign for cycle training to be on the curriculum in school, Julian Huppert has also recently enjoyed a two-hour introduction to Bikeability, the scheme designed to teach young people how to ride safely.

Translating international best practice in cycling provision to London’s streets is the subject of a benchmarking study just commissioned by TfL. A team of consultants will consider what works for cycling in 12 cities around the world – including New York, Dublin and Berlin. The report is due this September. 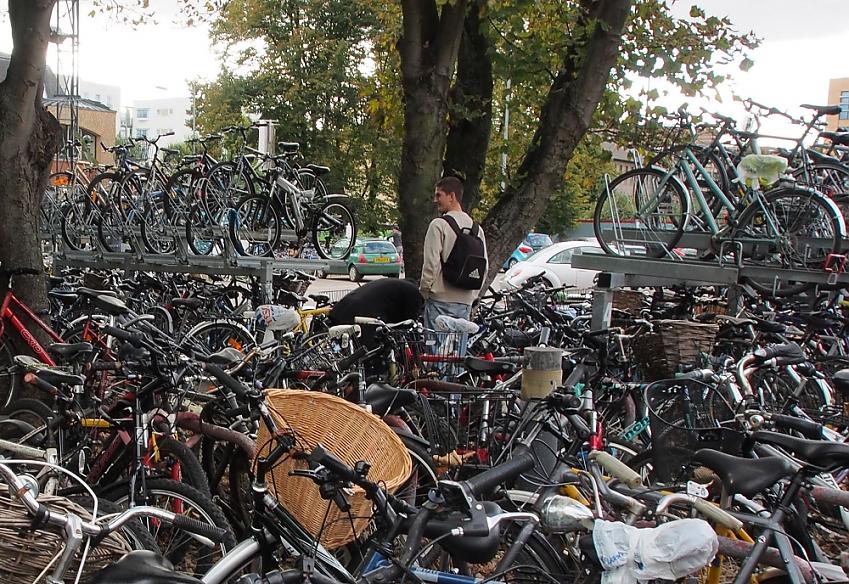 Overall, recorded theft and damage to pedal cycles at railway stations has dropped from 6798 (2011/12) to 5779 (2012/13) incidents, according to figures recently published by the British Transport Police.

Would you be able to help the British Transport Police to give out crime prevention advice to fellow cyclists? Contact Kathleen Barlow if you're interested.

There is a wide range of astonishing cycle facilities in the world and there can't be many cyclists who haven’t found something to marvel at on their travels, either in the UK or elsewhere. This is an interesting, but doomed, supplement to a cycle path, for example, from São Paulo, Brazil.

Call on your MP to debate cycling!

Let’s pack the House full of MPs eager to speak up for cycling at the major debate on 2 September!

It's easy to get in touch with your MP via our website - we've produced a template letter, which you can amend if you like, and it’ll only take a few minutes to send off.

Join the 8,500 people who’ve already put their names to CTC’s Road Justice petition calling on all police forces in England and Wales to implement the recommendations on our first Road Justice report on the  role of the police.

CTC’s currently inviting comments to help inform a brand refresh - perhaps a new way of describing the organisation and our services, a new look and feel, a new way of using the name - or even a new name altogether. Send us your views via our survey.

The presentations from Velo-city in Vienna (June 2013) are now on-line. Browse for an insight into all sorts of cycling stuff from all sorts of countries. For those who can’t decide what to look at first, delegate Chris Peck lists his top five presentations, plus his own one!

Active Travel to Work and Cardiovascular Risk Factors in the United 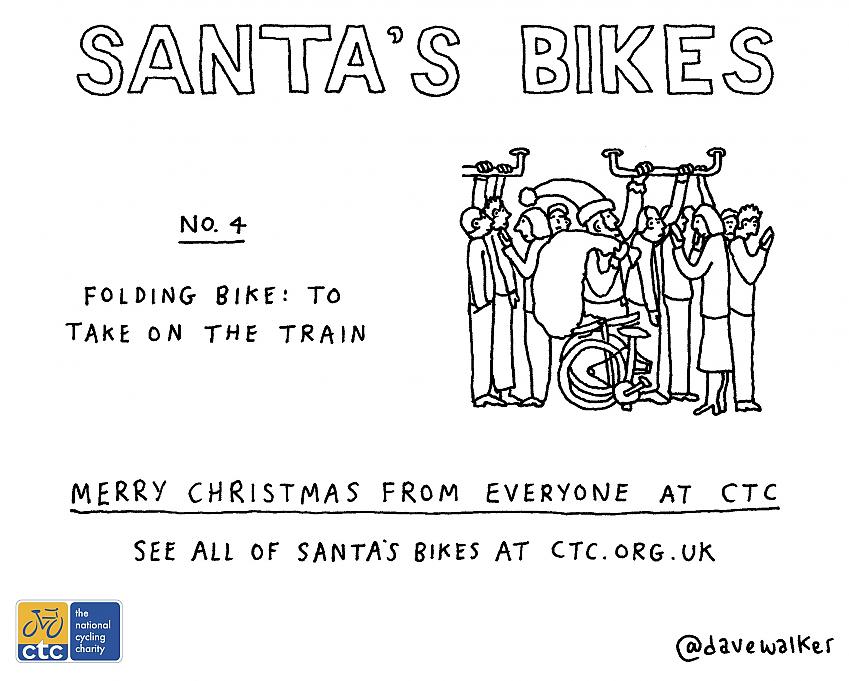 Results of a nationally representative study adding to the evidence backing up the need for a concerted policy focus on promoting active commuting  (i.e. walking and cycling) to tackle obesity and diabetes, and reduce cardiovascular risk factors.

Study by UK researchers looking at the impact of acute cycling on the brain-power of 18 children with an average age of just under ten. Their spelling improved irrespective of intensity, and moderate levels of exercise made their reading better – but the children's arithmetic suffered at both moderate and high intensities.

The Socioeconomic Gradient in Physical Inactivity in England

Based on detailed data on over one million individuals in England, this paper reports high levels of physical inactivity and concludes that education, household income and local area deprivation are all independently and strongly associated with lack of exercise. Says that: “About 8 per cent of the adult population that can walk do not even walk for five minutes continuously in a four-week period” and that “Nearly 80 per cent do not hit key national government targets.” 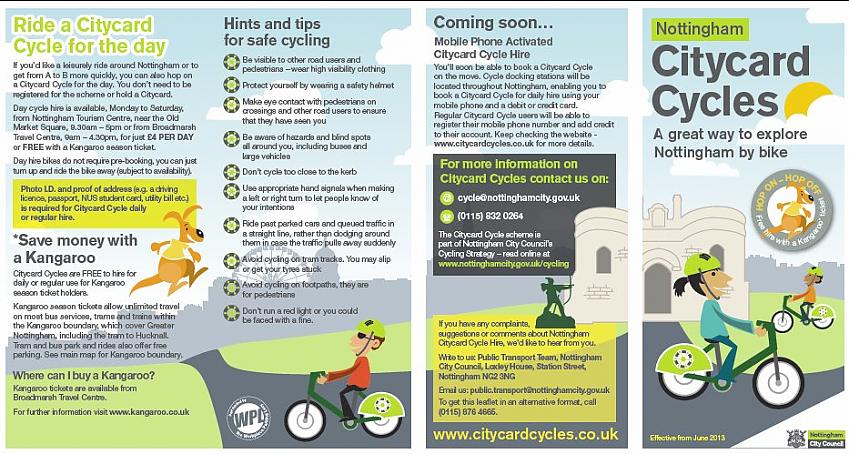 New leaflet from Nottingham City Council advertising the city’s cycle hire facility. The scheme is one of the services offered to resident and non-resident holders of a ‘Citycard’, a plastic smartcard covering travel, libraries and leisure activities in Nottingham.  The 300-bike strong hire facility has experienced a slow start, but the council intends to build on it over the next two years.

U.S. Bicycle Route System: Surveys and Case Studies of Practices from Around the Country

For some time now, the US has been developing a national network of cycle routes to connect urban, suburban and rural areas using a variety of cycling facilities. This report looks at how state departments are getting on.  With case studies from Michigan, Ohio, Minnesota, Louisiana, Oklahoma, Wisconsin, Maine and Kentucky.

Moving by Bike: the Book

More of a project at the moment than a book you can easily purchase (you’ll see why if you click on the link), if you’re moving house and reluctant to employ a massive removal van or two, you’ll be entertained, informed and intrigued by what goes on in Portland, Oregon, USA.

Scheduled to take place the day after the Parliamentary debate on ‘Get Britain Cycling’, this conference is designed to help delegates understand the changes taking place in policy and funding, and the impact they will have at local level. It will also be an opportunity to learn from successful cycling schemes and gather new ideas and practical tips for delivering interesting and engaging cycling and road safety campaigns.

Book now to join DfT, CTC and a panel of cycling enthusiasts and experts for the day.  Fees from £175 (for information on concessions/special offers, please email Max Steckelmacher).

Launched by the UK Cycle to Work company, Cyclescheme, Cycle to Work Day is a national event, championed by multi gold medal winning Paralympic cyclist, Dame Sarah Storey. The aim is to encourage people to commute by cycle on the day itself and to cycle more often afterwards.

Supported by a variety of organisations, including CTC.

This is your annual opportunity to mingle with professionals and activists who share (or challenge) your own cycling advocacy goals. Don’t miss out – come along to air your views and listen to people immersed in the field! The programme should have something for everyone – advice, tips, updates, plus a Leeds infrastructure safari.

Booking is now open – early bird fee of £20 per person online until early September; £22 per person by post and cheque.