Opening up more trails for cyclists in Wales could well help boost cycle use, and we think that the Welsh Government's current consultation on outdoor recreation is the perfect chance to press the case. You can show your support by taking online action through Trails for Wales, the campaign we’ve launched with Open MTB. The deadline is 2 October, so do be quick!

Also this month, MPs have debated dangerous driving in Parliament, many of them armed with a briefing from CTC. The debate was a good opportunity to find out what’s going on with the long-awaited review of driving offences and penalties, and to highlight the road safety impact of dwindling numbers of traffic police. Both of these subjects were aired, we are pleased to report. See 'Headlines' for more.

We’ve also analysed the latest National Travel Survey statistics and it looks like there may (just possibly) be more cycling going on in England. We're pleased about that too.

CTC and Open MTB (the new Welsh and English National Trail Organisation) see the Welsh Government’s current consultation on improving access to responsible recreation outdoors as the perfect opportunity to urge Wales to adopt the kind of rights now enjoyed in Scotland, thanks to the Land Reform Act 2003. As this would help open up more off-road routes for cycling, our Trails for Wales campaign is gathering support for the idea through an online action. The Welsh Government is now actively seeking the views of young people, and there’s still time to get involved (deadline 2 October). 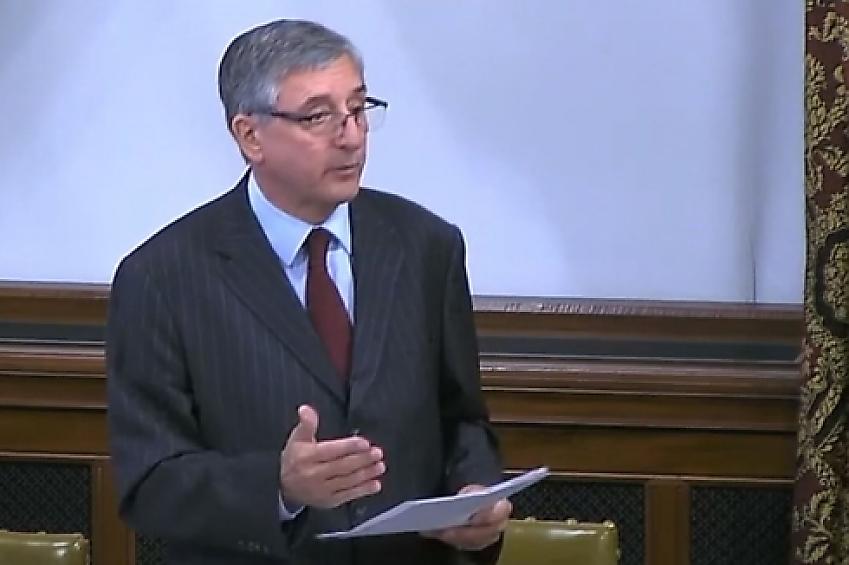 Westminster Parliamentarians were recently given the chance to focus on dangerous driving at a cross-party debate called by Alok Sharma MP (Reading).

CTC was glad to see MPs press the Government for an update on the long-awaited review of driving offences and penalties, but only partly reassured by the answer. Apparently, Ministry of Justice officials are working on the review “in earnest”, but all we discovered about the public consultation is that it will be “soon” - a response that makes us fear further delays.

The review was one of the subjects we covered in a briefing paper prepared for MPs taking part in the debate. This also helped prompt Jim Fitzpatrick MP (former Labour road safety minister, photo right), to highlight the impact that dwindling numbers of traffic police are having on road safety - a matter that CTC will be stressing again in our response to the Transport Committee’s inquiry into road traffic law enforcement (deadline 12 October). 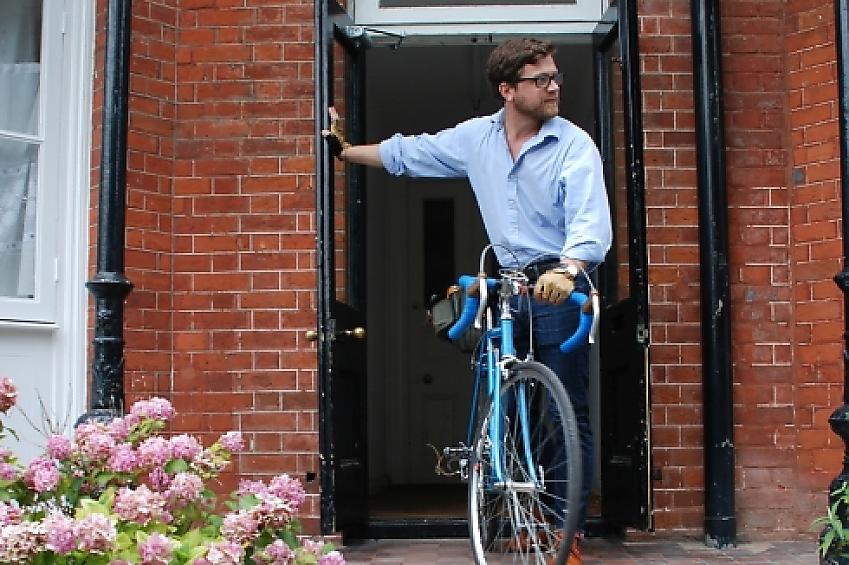 From a cycling perspective, the latest figures on England’s travel habits imply that a small revival in cycle trips may be under way, even though overall travel is declining.

The increase in cycle mileage is particularly interesting in road safety terms. If the number of miles cycled rises more steeply than the number of cyclists killed or seriously injured, it suggests that the risk of cycling per mile is decreasing. This does seem to be the case for 2014: the number of miles cycled per person on average went up by 18% from the year before, whereas the number of cyclists killed or seriously injured (KSI) went up by much less at 8%. However, as reported road casualty stats also suggest (see below), vulnerable road users (pedestrians, cyclists and motorcyclists) still seem to account for a disproportionate number of casualties when compared with other modes of transport. 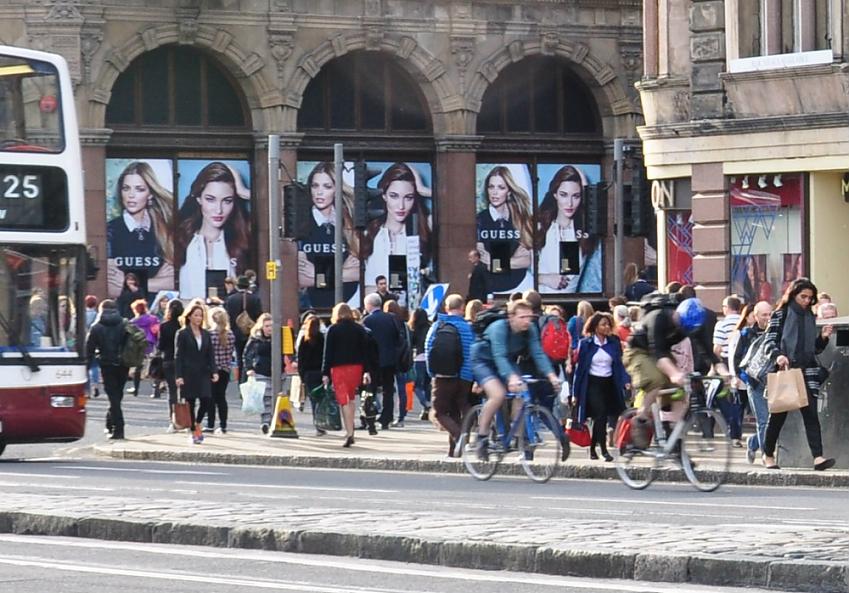 The results of the transport and travel related questions asked in the 2014 Scottish Household Survey have just been released too. These suggest that:

A road safety success in Scotland?

At face value, a drop in the number of recorded motoring offences looks like good news. Equally, however, it could simply mean that the police are less capable of catching offenders or less willing or able to carry out investigations. Which is the case in Scotland? CTC’s Rhia Favero scrutinises the latest statistics from Police Scotland.

The Department for Environment, Food & Rural Affairs (DEFRA) has launched a consultation on its draft plans to improve air quality at local, regional and national levels.

The UK certainly needs to take urgent action, and knows it. While it met almost all of its EU limits on CO and particulate matter in 2013, it failed badly on NO2. As a result of a case brought by ClientEarth, the UK has been ordered by the Supreme Court to consider a number of remedial measures. Investing in non-polluting active travel, such as walking and cycling, is one of the most obvious solutions, so it's good to see "upgrading cycling infrastructure" mentioned as an option.

CTC will be responding. 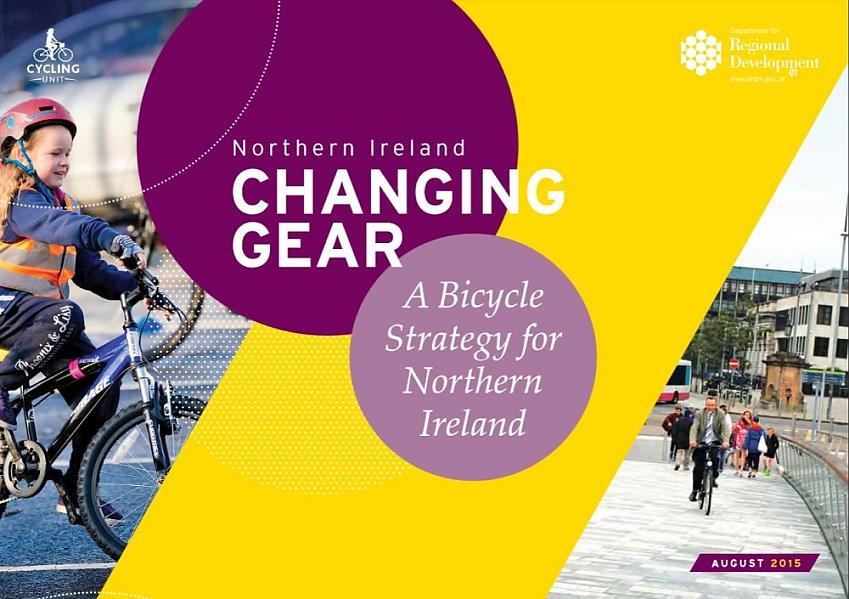 Northern Ireland now has a new high level bicycle strategy, ‘Changing Gear’. Its vision is to offer a comprehensive cycling network, support for people who choose to travel by bike, and a commitment to promote cycling as a mode of travel for everyday journeys. All three of these ‘pillars’ are very welcome, as is the recognition that “consistent, uniform signage and design format” is important for cycling infrastructure, something that CTC is pressing the Government to adopt in England.

What does a vibrant cycling society look like? It is a society which values, nurtures and celebrates cycling in all its forms - on road, off-road, commuter, recreation, journeys to education - every day and every way cycling."

However, CTC says that these objectives will only become a reality if they are accompanied by adequate funding of at least £10 per head per year, for a start.

According to the strategy, however, this figure would amount to around £12.5million p.a. within five years and £18million p.a. within ten years, or a “highly ambitious” spend given the “current fiscal constraints”. While the strategy does state that the minister behind it, Danny Kennedy MLA, “is committed to making the case for cycling investment in Northern Ireland both at the Executive table and in Europe”, he has, unfortunately, since resigned.

The Department for Transport's full report on road casualties for Great Britain in 2014 came out today (24 September).

Some of the headline stats for last year were published back in June and, as these suggested that vulnerable road users (which includes cyclists) accounted for “disproportionately more casualties than would be expected, given the distance travelled”, we’ll analyse this much more detailed report carefully, and cover it in the next issue of Campaign News.

Cycle to Work Day is totalised 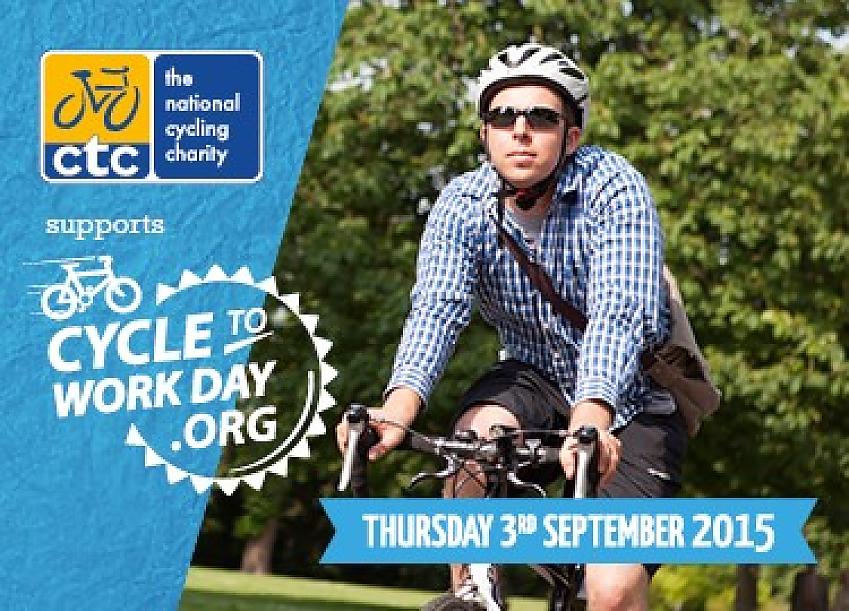 Liverpool Cycle for Health is ten years in

North Liverpool PCT has been celebrating the 10th anniversary of its Cycle for Health project, a big achievement given that it was only supposed to last for two years. To date the scheme has delivered over 2,500 cycle sessions and is now operating from seven venues.

The winners of the inaugural Cycle Planning Awards included:

Praising the winners at the presentations, the Government minister responsible for cycling, Robert Goodwill MP, said: “You’ve shown how it is possible to make a difference with a bit of inspiration, determination and motivation.”

The awards, organised by the Active Travel Network and Local Transport Today, attracted over 100 entrants. 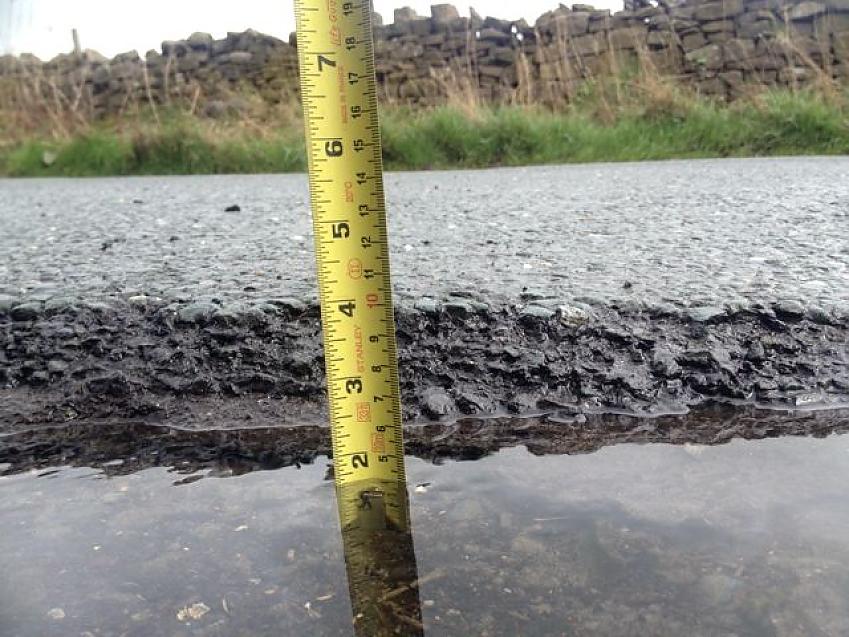 MPs are being invited to sign an Early Day Motion (EDM) on potholes and the need to invest more money in fixing them. The EDM notes the costs such defects impose on motorists and their danger to cyclists and motorcyclists.

Test your driving vision with Brake

Brake, the road safety charity, in association with Specsavers, has produced a free interactive e-learning resource to highlight the importance of making sure drivers’ vision is up to scratch. ‘Sharpen up’ can be used by anyone who works with drivers, including: fleet professionals and employers; driving instructors; road safety professionals and emergency services; teachers; community leaders; and by individuals directly wanting to find out more about driver eyesight.

Wherever you live, please support our calls for more trails for cycling in Wales. We’re urging Wales to follow the lead of Scotland’s Land Reform Act 2003 and enshrine the rights of responsible access in law.

Get involved by responding to the Welsh Government’s current consultation on improving opportunities for responsible outdoor recreation - we’ve provided a simple tool for you to use.

Campaigners say that “Bristol's narrow streets and roads in densely populated neighbourhoods or around parks are not suitable for 30 mph traffic”, and that “reducing the maximum speed makes a much more liveable city with pleasant streets, significantly improves safety of all road and pavement users, especially of children. It also has a huge positive impact on cycling by allowing cyclists to keep up with the main flow of traffic or, when this is not possible, making cars pass much more safely.”

20 mph is currently a hot topic in Bristol, and the petition needs 3,500 signatures by mid-December to trigger a full council debate. Anyone who lives, works or studies in Bristol can sign.

A detailed analysis of current trends in cyclist and pedestrian road casualties in Scotland, using a range of data from different sources. It also explores: the background to these trends; levels of walking and cycling; the policy context; and the sorts of approaches needed to reduce traffic casualties and encourage greater levels of walking and cycling.

Finds that, for cyclists: “there has been a rise in adult cyclist casualties in the last decade and casualty rates are consistently higher in the more affluent neighbourhoods, which is likely to relate to a greater number of cyclists commuting from these areas.”

Review from the USA examining evidence on “perceived aspects” of places that may attract children to be physically active. One of its findings suggests that: “Perceived safety from traffic is associated with the presence of sidewalks, footpaths, pedestrian infrastructure, street connectivity, controlled intersections, clearly marked street crossings, and reduced traffic speed and volume.”

A dossier on mobility research with recommendations for a sustainable mobility culture which considers bicycle traffic in European cities as an integral part of traffic policy and planning.

CTC is once again joining a vast number of other exhibitors at the UK's longest running cycle show. Come along to meet us and have a good browse.

Join Bricycles, CTC and Shadow Secretary of State for Transport Lilian Greenwood MP at the Labour Conference as the case for Space for Cycling is made at the Labour Party Conference

GMCC, CTC and supporters will be taking to Manchester streets and heading to the Conservative Party Conference to present a petition to Dr Sarah Wollaston MP, Chair of the Health Committee and Treasurer to the All Party Parliamentary Cycling Group. All welcome.

More and more people are enjoying cycling as a spectator sport and want to experience the activity for themselves. How can CTC harness this growing popular interest? Can we use the boom to turn would-be-cyclists into always-cyclists?

If you’re a CTC member, come along to Warwick to help answer these questions; hear about successes and challenges; and go home inspired with new ways to support CTC’s work at a local level.

Hosted by Merseyside Cycle Campaign, this event offers a unique opportunity for cycle campaigners to interact with each other and with professionals, and explore topical issues such as progress on the Cycling & Walking Investment Strategy for England; political leadership; the role of public health; cycle-friendly planning and design; inclusive cycling; effective local campaigning; and business engagement and funding. Offers a line-up of expert speakers.