Demand more that the price of two pints of milk for cycling!
Wednesday, 18 May 2016

Now is your chance to tell the Government that cycling and walking in England (outside London) needs to be properly funded. Only 72p per head a year by 2020/21 - the cost of two pints of milk - is simply not enough. Please take our #morethanmilk​ action now!

Also in this issue, find out: what people elected to various offices around the UK on May 5 promised (or didn't promise) for cycling; why changes to the driver testing and training system will take better account of cyclists' safety, but don't go far enough; and how local authorities now have more flexibility to introduce the latest thinking on cycle-friendly infrastructure and design.

And, finally, we're counting down to Bike Week coming up from 11-19 June. Celebrate with us! To register and organise an activity, or take part in one near you, check out the Bike Week website for all sorts of FREE resources and details of events all over the UK.

Other stories - Small steps, not strides for driver training and testing reforms; Green lights for (some of) the latest thinking on cycle-friendly design; New Cycle Superhighways in London - but what of the rest of the UK? Clean up every urban pollution hot-spot, MPs say; Moscow wins international award for tackling gridlock; Academic calls for views on cycle clothing.

Act now! - Demand more than the cost of two pints of milk for cycling!

As the DfT's consultation on its draft Cycling and Walking Investment Strategy (CWIS, England only) winds to a close on Monday 23 May, Cycling UK, working with Sustrans, is asking MPs to sign up to a joint letter to the Transport Secretary Patrick McLoughlin MP, outlining what the CWIS needs to be a success rather than a swiz -much, much more funding, in other words.

So far, over 40 cross-party parliamentarians have signed, and your help is needed to make it more.

Our action spells out the major discrepancy between funding for active travel (cycling and walking) and the planned investment for highways and trunk roads.

If nothing happens to change the Government's mind, it looks as if in 2020/21 cycling and walking will only attract a mere 72p per head per year outside London, or as little as two pints of milk cost today. Roads, on the other hand, will be getting £86 per head - you could buy some nice bubbly with that!

Whichever way you look at it, local roads and active travel are suffering, while our highways are gold-plated.

Vote Bike: who promised what for cycling?

In a truly pan-UK exercise in April and early May, Cycling UK’s Vote Bike campaign grilled thousands of candidates in national or Police and Crime Commissioner (PCC) elections on their level of support for cycling.

Our President, Channel 4 broadcaster Jon Snow, wrote to them all, while over 5,000 constituents used our online action to contact their own candidates – thanks if you were amongst them.

The task now at hand is to identify cycling’s supporters, hold them to account on their election promises and maintain the momentum to bring the gift of cycling across the UK."

Our questions to politicians focused mainly on funding, while we quizzed PCC hopefuls on whether they were prepared to treat road crime like real crime, and reverse the dramatic decline in roads policing.

Small steps, not strides for driver training and testing reforms

For example, although they don’t go into great detail, they intend to put more emphasis on responsible and safe driving behaviour towards vulnerable road users in the driver training and testing process. On the other hand, they decline to make practical cycle training to Bikeability Level 3 mandatory for lorry drivers - a measure that Cycling UK believes will reduce the risk that HGVs pose to cyclists.

Equally disappointing is the absence of any mention at all of Bikeability and the contribution it could make to giving learner drivers a direct insight into cyclists’ needs. 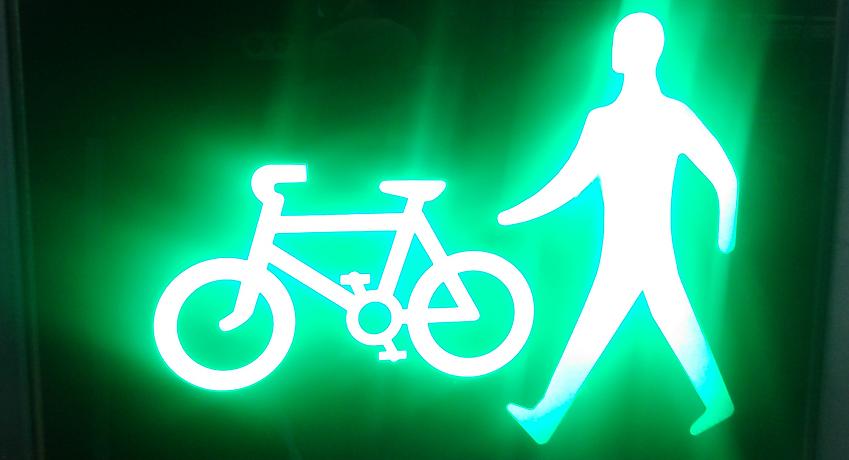 Thanks to an amended version of Traffic Signs Regulations and General Directions (TSRGD), highway authorities in Great Britain have more freedom to introduce (as we hope they will) a number of design options that are already making a positive impact on cycling in other countries.

For example, authorities no longer need the DfT's special permission to:

Unfortunately, not all of the improvements that campaigners wanted have appeared in the final version. For instance, authorities must still issue Traffic Orders for contra-flow cycle lanes and cycle exemptions at banned turns.

New Cycle Superhighways in London – but what of the rest of the UK?

The last chunks of two new Cycle Superhighways in London have been unveiled, a cause for celebration in the capital and testament to unwavering support from the now former Mayor, Boris Johnson. But what’s happening in the rest of the UK? Cycling UK's Space for Cycling campaigner Tom Guha investigates. 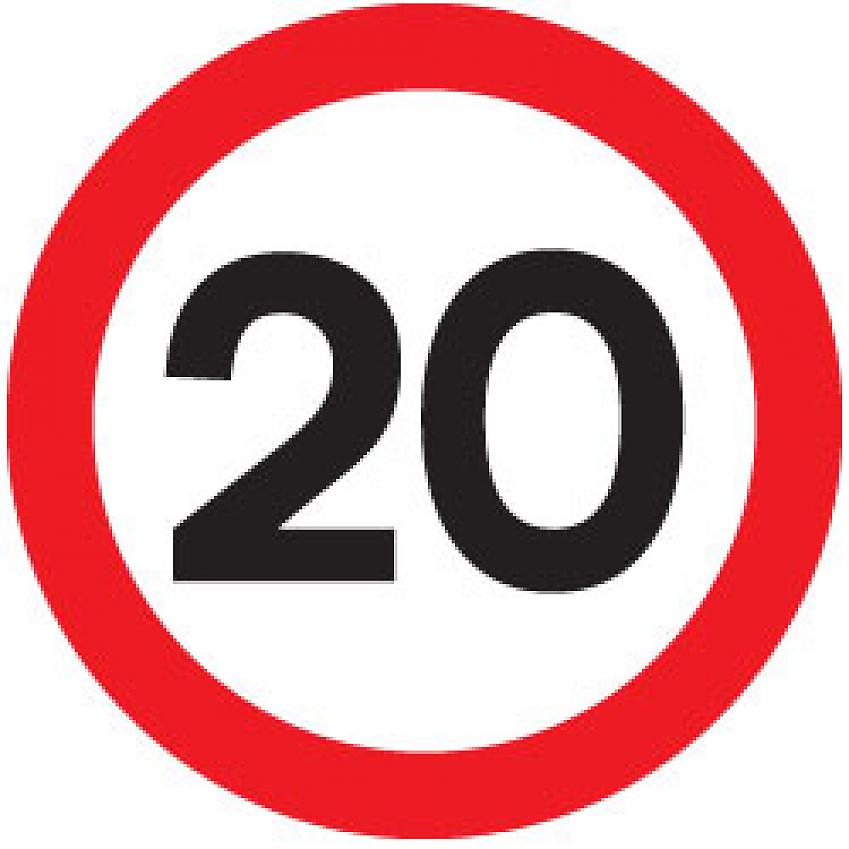 Lower speeds help make cyclists and pedestrians be and feel safer, so Cycling UK congratulates the new Mayor of London, Sadiq Khan, for his manifesto pledge to “Encourage the roll out of 20mph zones across the city by backing the '20’s Plenty For Us' campaign.”

The House of Commons Environment, Food and Rural Affairs Committee (EFRA) has called on the Government to take action and ensure that all pollution hot-spots can be tackled by councils and local authorities.

Under current proposals, only Birmingham, Leeds, Nottingham, Derby and Southampton will be able to charge polluting vehicles to enter new clean air zones, but the Committee says that all councils need these powers too.

Encouragingly for cycling, the Committee is also pushing for councils to be given the “support to implement programmes to encourage people to drive less and use public transport and cycle and walk more.".

The city of Moscow has been awarded the International Transport Forum’s (ITF) 2016 Achievement Award for its exemplary approach to overcoming traffic gridlock.

To tackle the detrimental effects of twenty years of almost uncontrolled development of urban traffic, the city has introduced a number of rigorous and comprehensive policies, including measures to boost cycling.

Moscow now offers a very popular shared bicycle scheme and additional cycle paths, and allows cyclists to use bus lanes and take bikes on surface transport for free. Car parking fees and investment in public transport have also helped the city witness a 25% drop in car traffic in the centre over the last five years.

Si Beales, Senior Lecturer at Nottingham Trent University, is conducting research into cycle clothing effectiveness and 'fashionability'. He's particularly focusing on visible clothing such as high vis and reflective jackets, and considering whether wearable technology may have a role to play in improving visibility, usage and safety.

By 2020, if the Government's draft Cycling and Walking Strategy (CWIS, England) doesn't improve, just 72p per head will be going on cycling and walking. Compare this to funding for highways and trunk roads, at £86 per head - that’s the same difference between the cost of two pints of milk and a magnum of Champagne.

Briefing based on the premise that “switching more journeys to active travel will improve health, quality of life and the environment, and local productivity, while at the same time reducing costs to the public purse.”

Sets out key messages, and advises on overall policy and practical actions, highlighting the importance of community involvement, building walking or cycling into daily routines, and targeting short car trips under five miles.

Written for transport planners, others concerned with the built environment, and public health practitioners.

Can air pollution negate the health benefits of cycling and walking?

A paper examining the risk v benefits of travelling actively at the same time as being exposed to polluted air. Concludes that the benefits “outweighed the harm caused by air pollution in all but the most extreme air pollution concentrations.” Also says that if cycling replaces driving, the trade-off would be even more beneficial.

A useful infographic (and inspiring reminder for Staffordshire schools), on the council’s cycle training programme. 68,820 school children in the county have been taught Bikeability since 2006.

One effective way both to reduce motor traffic volume and support cycling is to introduce ‘congestion charging’ and use some of the revenue to fund cycling measures.

Having found that this has had very positive results in London, Milan and Gothenburg, this report concludes that it is important to plan to support sustainable mobility like this right from the beginning, “ … both to make the reduction in car traffic more effective and permanent, and to win public support for the scheme. Cycling should play an integral role in this process.” 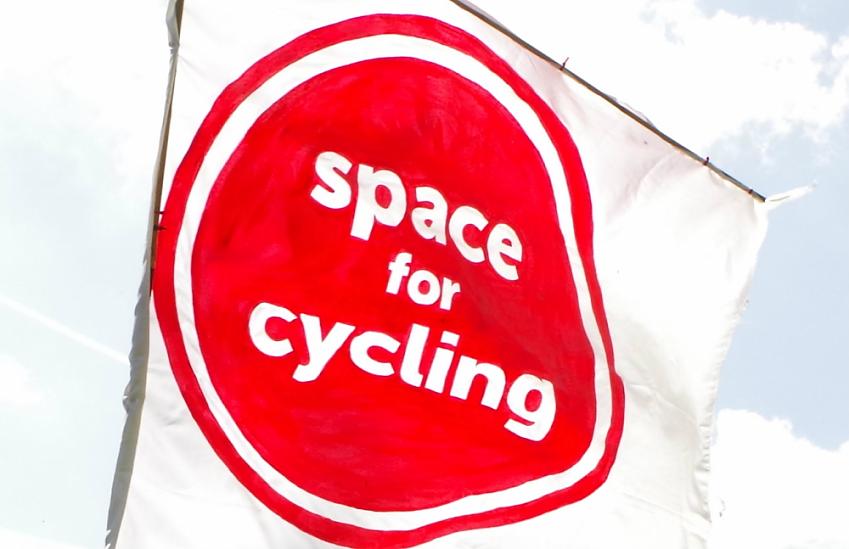 With new funding to revive the national Space for Cycling Campaign, we are looking to develop it collaboratively with local campaign groups, Cyclenation and the Cycling Embassy of Great Britain.

We look forward to your ideas, skills and passion at an event that is more about developing the campaign than a learning opportunity.

It’s aimed primarily at campaigners, but anyone with a professional interest in promoting cycling at local level is very welcome to join us and contribute from their perspective too.

The key themes of the day are:

Alongside many others, there will be input on policy from Senior Lecturer in Transport at the University of Westminster, Dr Rachel Aldred, and from Dr Robin Lovelace on the National Propensity to Cycle Tool.

We are also planning some activities for the Friday evening (20 May), for those wishing to stay on from the Cycle City Active City conference (see above) or travel the day before.

The agenda will feature presentations from both public and private sector operators, representing car, van, truck, and mixed vehicle fleets. Paul Kitson, cycle injury lawyer at Slater & Gordon and Cycling UK, is amongst the speakers.

With mandatory 20 mph speed limits across roads in Edinburgh planned from July 2016, this event will feature presentations from politicians, transport planners, public health experts and road safety organisations about the lessons learned from around Europe, Scotland and England.

Organised by 20's Plenty for Us, and hosted by Edinburgh City Council.

Bike Week will soon be here, and more people than ever before are expected to enjoy events all over the country. It’s the perfect opportunity to demonstrate what a fun, healthy and convenient way cycling is to get around, especially for commuting to work – which continues to be the central theme.

If you're organising a cycling event during Bike Week, remember to register it at www.bikeweek.org.uk so that you can benefit from FREE public liability insurance, promotional material and event registration on a national site that attracts thousands of visitors.