Campaigners are today (Tuesday 11 June) planning a demonstration outside the Scottish Parliament in support of plans to make 20mph the default speed limit for residential streets across Scotland. A grassroots coalition of active travel and environmental organisations alongside ordinary Scots will be marking the lives that would have been saved had this measure been put in place when the Scottish Parliament first sat in 1999.

Friends of the Earth Scotland, Cycling UK, Pedal on Parliament, Spokes Lothian, Go Bike and 20s Plenty have joined forces to organise the demonstration after the committee scrutinising the bill failed to recommend its passage, claiming that 'one size fits all' is not appropriate. Dissenting MSPs John Finnie, Colin Smyth and John Mason rejected this conclusion, pointing out that the current patchwork of different speed limits was confusing to motorists.

The demonstrators will place 60 chairs outside Parliament, one for every life that could have been saved, each one representing a ‘life interrupted’. They are inviting MSPs of all parties to come out and show their support for the bill. The first vote on the bill will be held on Thursday 13 June.

"This legislation presents a perfect opportunity to make our towns and cities safer right across Scotland, eliminating the postcode lottery of safer streets for children walking or cycling. If MSPs don't want to support this bill, we challenge them to tell us what measures they will enact that would reduce road danger for vulnerable road users as effectively as this."

"This Bill is vital to making our streets healthier and safer. Our politicians have a chance to show that they’re to take action to face up to the climate emergency. This means making our roads safer so more of us can walk and cycle safely, and leave our polluting cars behind. It is shocking that MSPs are planning to put the need for motorists' speed ahead of the need for public safety."

“Despite acknowledging the safety benefits of 20 mph limits, the Scottish Government seems to want to carry on regardless, leaving local authorities to decide whether or not to introduce lower limits. But had such a limit been introduced when the Scottish Parliament was founded, 60 families might have been spared the agony of losing a loved one in a road collision. They might ask, why won’t their Government lead and assume, rather than duck responsibility?” 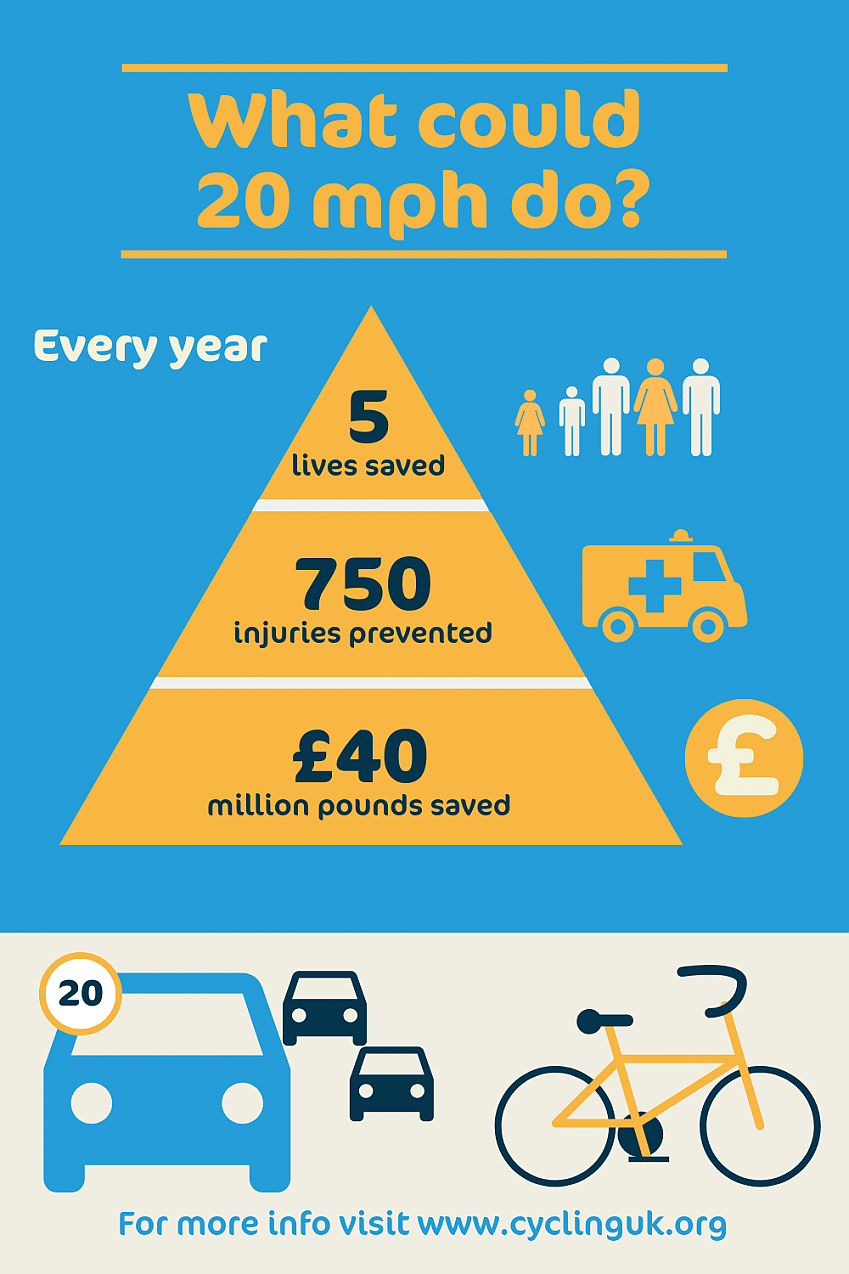 “The 20mph default limit in Mark Ruskell’s bill is no more ‘one size fits all’ than the present 30mph default limit - and both give councils the power to vary speeds up or down on roads they specify. However, what a 20mph default does fit is a safer and more pleasant place to live and to get around - for all.”

“Many of our local authorities have supported this Bill, including the SNP lead Glasgow City Council. The cost that would be incurred by the councils, to implement the 20mph limit, was highlighted as one of the reason not to support the Bill by the committee. However, Glasgow City Council has indicated the current approach, that requires them to go through the Traffic Regulation Order (TRO) process, is going to be much more expensive. Furthermore, it will take close to 15 years to enable the council to apply a 20mph across the city at the current rate.

“Analysis by Sustrans found that children in Scotland’s poorest areas nearly three times more likely to be injured by road traffic. With almost half of Glasgow’s residents living in the 20% of most deprived areas in Scotland, our children are at greater risks than many in other parts of the country. GoBike call on the Government to support this bill to make our roads safer for all, in particular those children who are already disadvantage by virtue of where they live.

“We are calling on local authorities and government to implement more widespread high-quality infrastructure and slower speed in streets to make children and young people safer, especially in Scotland’s most disadvantaged areas”.