In the build-up to Bike Week 2016, which starts tomorrow and runs until 19 June, Cycling UK commissioned polling agency ComRes to examine how much cycling is a part of everyday life.

The headline figures reveal that one fifth (21%) of Brits cycled in the past week. In fact, 30 minutes of cycling is on a par with playing football and the public are just as likely to report cycling as their top activity as running or going to the gym.

Jackson, who held the 110m hurdles world record for nearly 13 years, has a love of cycling and is backing Bike Week – the biggest mass participation cycling event in the UK.

Ride to Work is the theme of this year’s Bike Week and BBC athletics pundit Jackson said: “Cycling is such a great way to build in exercise to our busy lives – if you can cycle to and from work then there’s less need to find time to head out to the gym or go for a run.

“With the chance to ride through quieter streets, alongside canals and off-road, you can get a real sense of freedom and more progress in the saddle than you do stuck in a traffic jam or on a bus or train. Cycling can really easily become a part of your daily commute and Bike Week is the best opportunity to start!” 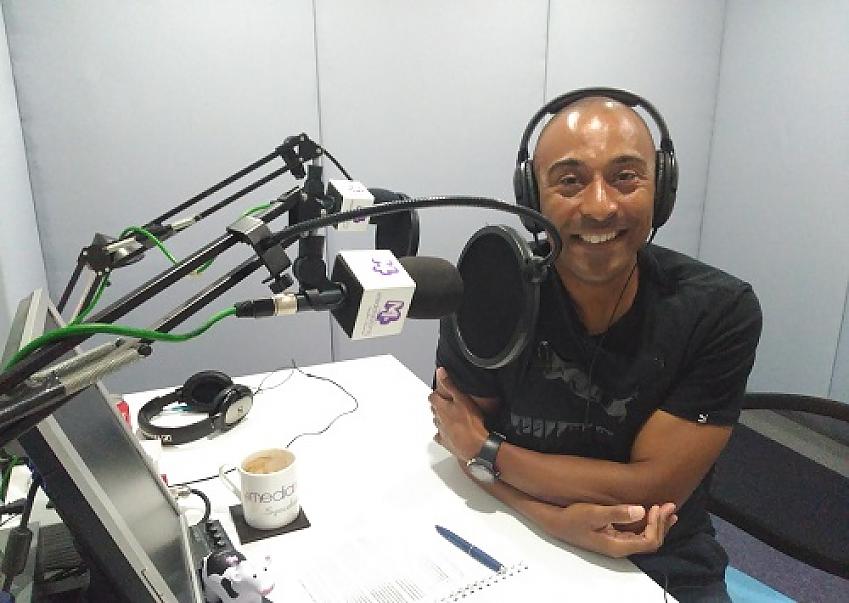 The headline results from the research reveal:

• One in five British adults (21%) report having cycled in the last week. This is similar to the proportion who say they have run (21%) or gone to a gym/fitness class (24%). It is significantly higher than those who report going swimming (16%) or playing golf (8%).

• Of the options tested, working British adults report improving their fitness as the biggest benefit they would get from cycling to work (57%).

• When asked to name the top three things that would make cycling to work more appealing to them, British adults list feeling safer/more confident on the road (35%), clear cycle lanes on the road (34%), and better quality road surfaces (25%).

• 14% of British adults report they have cycled to work at some time. Just 3% report cycling to work daily, and 4% report doing so at least once a week.

Commenting on the results of this research, Cycling UK Chief Executive Paul Tuohy said: “To see that cycling is as popular as playing football is a real sign of the rise and rise of cycling in the UK. Of course you can’t ‘football to work’ – but what is striking from these figures is that while so many people are riding bikes for fun and for exercise, many people have not yet added cycling into their commuting plans. That is where Bike Week comes in. Cycling can really easily become a part of your working week. From buddy rides to bike breakfasts, Bike Week brings together a host of simple ideas to help make cycle commuting an accessible and attractive proposition.

“Nearly half of all working people in the UK live within five miles of their employment, but only 800,000 cycle in for their commute on a daily basis. We want to swell that number by half-a-million during Bike Week – and encourage them to keep cycling after that.”

1.  Bike Week 2016 runs from 11–19 June 2016. For more information visit www.bikeweek.org.uk and follow us on https://www.facebook.com/NationalBikeWeek  and https://twitter.com/Bike_Week (using the hashtag #BikeWeekUK)

2.  Bike Week 2016 is delivered by Cycling UK, formerly CTC, the national cycling charity, as part of the European Union Intelligent Energy Programme. Bike Week also has funding from Cycling Scotland and Bike Hub. Other partners this year include NSPCC, Bike Radar, Cycling Plus, Cyclescheme, Love to Ride, The London Bike Show, and The Telegraph. http://bikeweek.org.uk/partners/

3.  Cycling UK commissioned ComRes to interview 2,054 British adults online between 1st and 2nd June 2016. Data was weighted by age, gender, region and socio-economic grade to be representative of all British adults. Full results can be found at www.comres.co.uk. ComRes is a member of the British Polling Council and abides by its rules.

4.  Cycling UK is the UK’s largest cycling charity, working to inspire and help people to cycle and keep cycling, whatever kind of cycling they do or would like to do. Over a century’s experience tells us that cycling is more than useful transport – it makes you feel good, gives you a sense of freedom and creates a better environment for everyone. Find out more at cyclinguk.org