It’s been a month when I haven’t known whether to scream, laugh or cry when I’ve opened my laptop each morning.

In Westminster, we have a new Government looking to make its mark, notably Liz Truss’ mission to ‘build roads faster’. Surely, this rhetoric goes against commitments to decarbonise transport, alongside our responsibility to global climate justice.

However, we do have allies in places of influence, eager to deliver modal shift and healthier, happier neighbourhoods. No one more inspirational than Chris Boardman, England Active Travel Commissioner. I recommend any campaigner feeling beaten down watch Chris (alongside Danny Williams, CEO Active Travel England) report to the Transport Committee on 7 September. Both provided an urgent reminder of the scale of the transformation required, encouraging local authorities to be willing and ambitious.

Elsewhere, reneging of election promises in Northern Ireland and a tough second album for the new Programme for the Scottish Government, reminds us that we can’t expect decision makers to act independently in the best interests of Active Travel.

It is our collective responsibility to be assertive, notorious and let politicians know that we will not nod and smile politely, but always demand a better deal than the one proposed.

In the run up to the election in May 2022, Cycling UK sought pledges from candidates to support an Active Travel Act in Northern Ireland. Despite repeated correspondence with John O’Dowd, who leads the Department for Infrastructure (DfI), the Minister is now reneging on his pre-election pledge.

On the 14 September, Cycling UK released correspondence with Minister O’Dowd, which highlights his failure to meet a pre-election commitment to enable more cycling and walking in Northern Ireland.

Including Minister O’Dowd, 53% of now sitting MLAs committed their support. Such an Act, mirroring similar ground-breaking legislation in Wales, would enshrine a commitment in government policy to enable more cycling and walking. 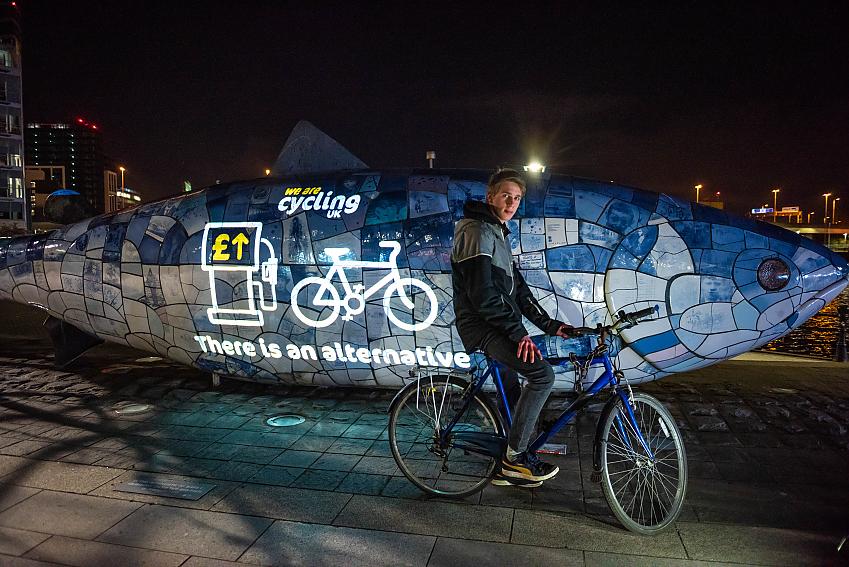 Cycling UK has raised a complaint with IPSO, the press watchdog over a MailOnline article, which suggests to readers that there is wide public support for specific measures to regulate cycling.

Cycling UK have argued it is disingenuous to suggest that the poll represents the views of drivers in general, as the article does not clearly inform readers who took the survey, or what they were asked. It is more than likely that poll respondents also support the views of FairFuelUK meaning results may be affected by self-selection bias.

We await a response from IPSO. 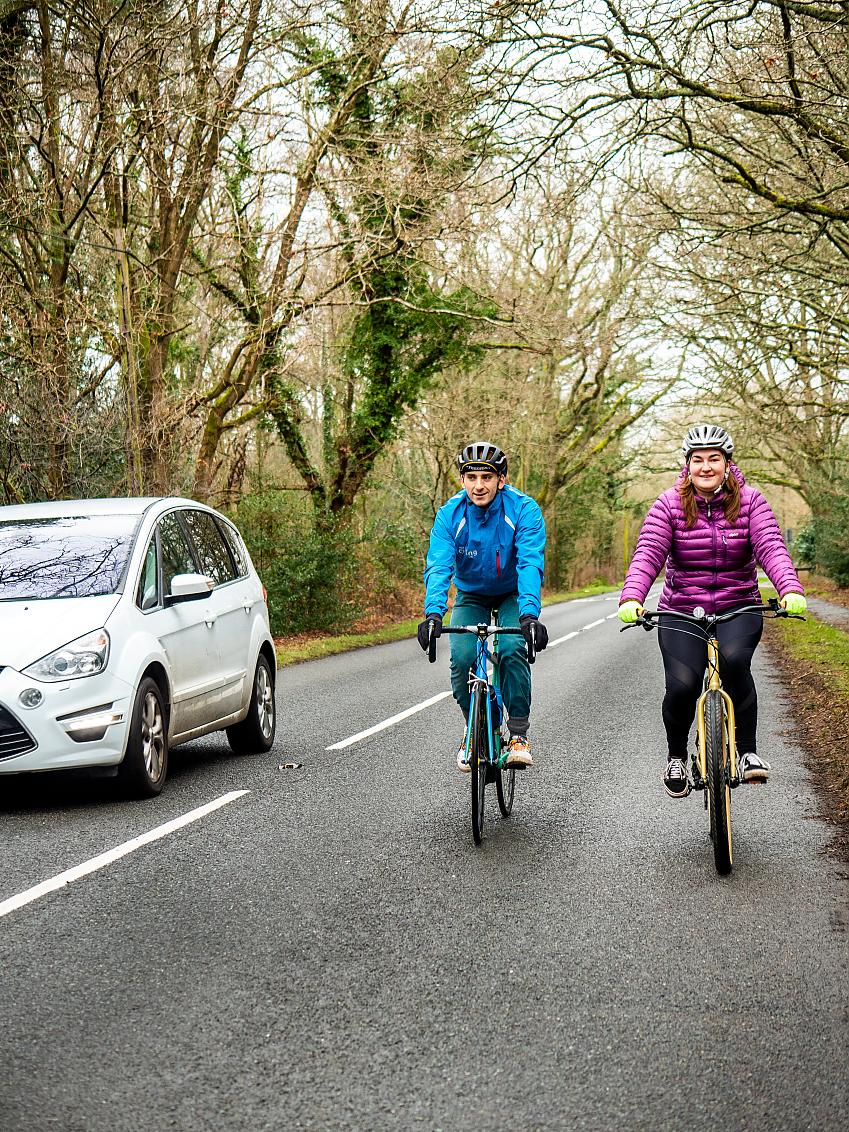 Cycling UK and The British Horse Society have written a letter before action to the Secretary of State for Environment, Food and Rural Affairs (Defra), calling on the Government to reconsider proposals that would effectively prevent people cycling or horse riding along the length of England’s next National Trail, the Wainwright Coast to Coast.

Defra announced on 12 August 2022 £5.6 million would be allocated to improve the 197-mile Wainwright Coast to Coast route, ahead of it becoming a National Trail in 2025.

The popular trail, which stretches from St Bees in Cumbria to Robin Hood’s Bay in North York Moors National Park, currently uses a combination of footpaths, which horse riders and cyclists have no recorded legal right to use, and bridleways, which they do. 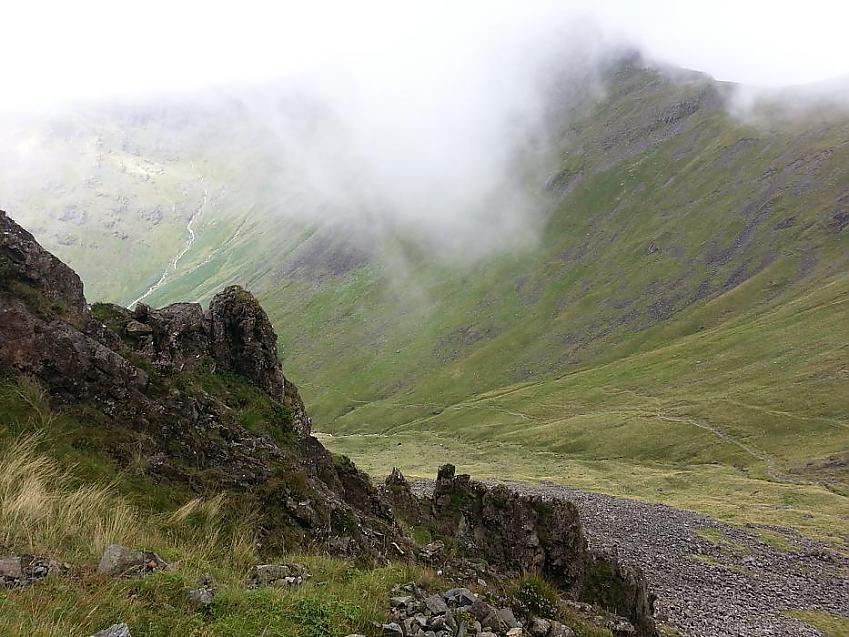 “Pick a crisis, this (Active travel) is the solution”

Boardman commented, notably, that £9-18 billion was the sufficient investment required to see 50% of journeys in towns and cities walked or cycled in England by 2030, dwarfing the current available pot of £3.8 billion.

How to: Write a letter to your local paper about cycling

Slay the myths about cycling and let your local paper’s editor know why life is better by bike, with some advice from Cycling UK Head of Campaigns Duncan Dollimore.

Being topical, timely, truthful, and concise are some of our top tips. Stuck in the hunt for statistics? Look no further than our Cycling UK statistics page, which we update annually.

Our recommendation for a perfect piece is 200 words, keeping the context relevant to your local area. And remember, a failure to be published first-time does not mean you won’t ever be published, so keep at it! 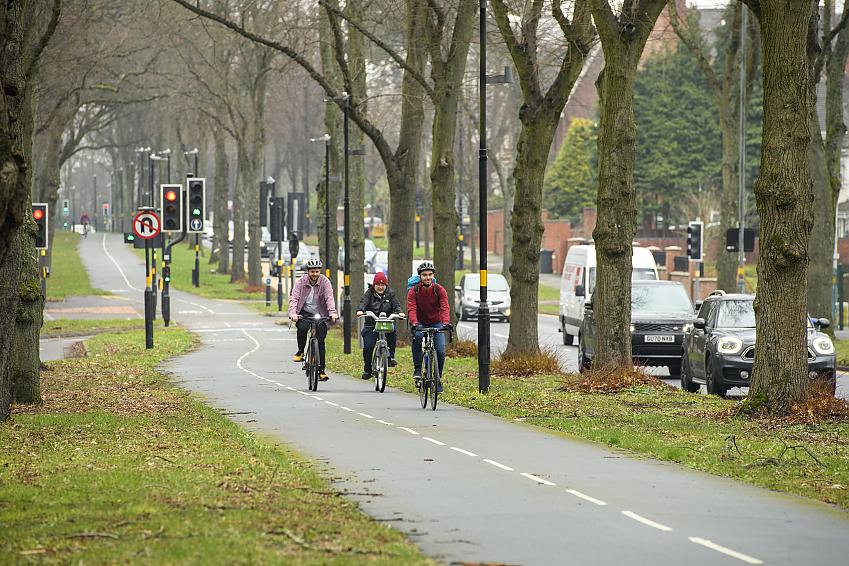 In September, Nicola Sturgeon outlined her new Programme for the Scottish Government (PfG). Cycling UK campaigns and policy manager for Scotland Jim Densham assessed at what the new set of priorities means for cycling and active travel.

Our take, the PfG fails to inspire, taking a steady-as-you-go approach that largely reiterates some existing commitments, such as record investment in active travel, promising to get them done this year. Schemes such as action on Active Freeways or Safe to School initiatives were unfortunately absent.

Danny Partridge is a local representative in Cycling UK’s Cycle Advocacy Network (CAN), who joined in October 2020 to make a difference in his hometown of Caerphilly.

He set up Caerphilly Cycle Campaign in his spare time – but with a full-time job and family commitments progress was slow going. Danny felt isolated and things were becoming frustrating.

With support from Cycling UK, he organised a public meeting, promoting the gathering on Facebook and Twitter, and a whole bunch of interested people turned up on a winter’s Saturday to find out more.

Some of these have stuck with Danny, and momentum is starting to build. They’ve set up a WhatsApp group to help the conversation develop. The campaign group is not only about bringing cycling issues to the people in authority, but also about education and fun. 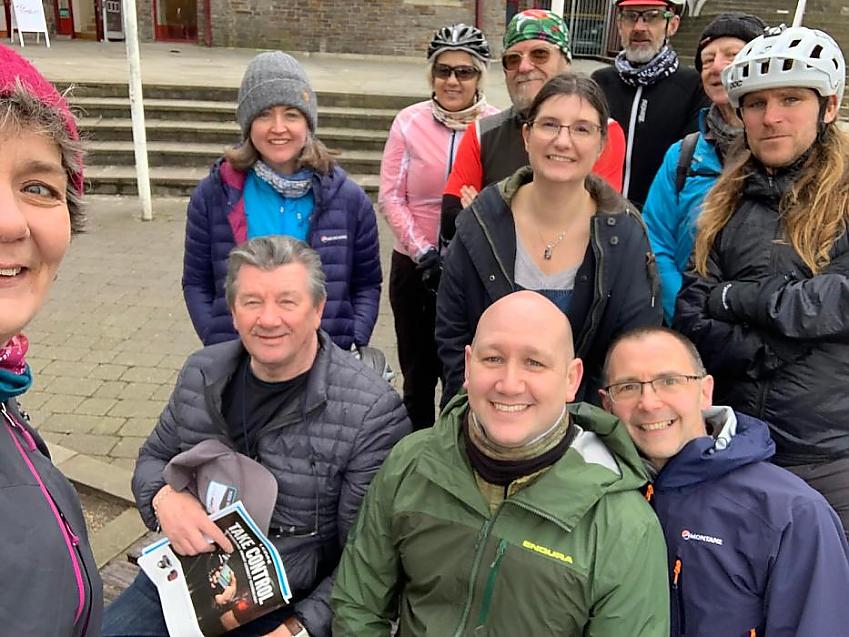 All children should be able to ride a bike to school and be safe – no question – and people are starting to show this is what they want for children in their community.

Bike buses are springing up all over the country giving kids a safe, fun way to get to school. Shawlands and Corstorphine to name a couple, the latter featured on the front cover of the Scottish Government’s key Programme for Government document.

This, coupled alongside direct action, notably a growing Kidical Mass Movement, which hosted their second global weekend of action on 24 & 25 September, with rides in many major towns & cities across Scotland.

A growing movement for change is happening and there’s plenty of ways to get directly involved. It’s time to speak up for the next generation. It’s time to tell decision-makers that our children need safe space on the roads so they can have the freedom to cycle to school. 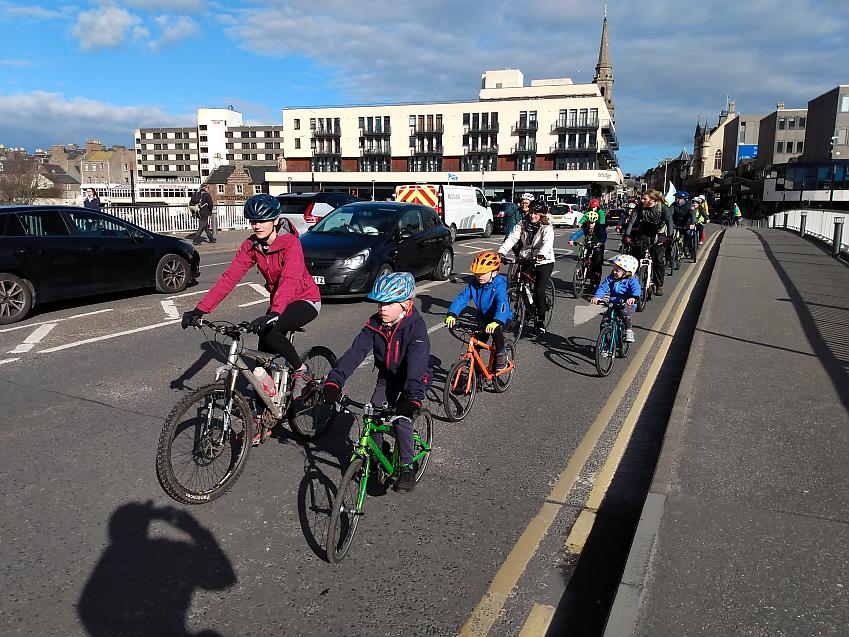 A 20-mph trial across 125 evaluation sites in the Scottish Borders has received the prestigious Chartered Institution of Highways and Transportation Road Safety Award.

Significant speed reductions were recorded following the introduction of a default 20-mph speed limit, mean speeds decreasing from above 25-mph to above 22-mph across evaluation sights.

As Cycling UK’s network to bring together all those who want to improve conditions for cycling turns two, campaigns officer Stephen Dominy considers how we’ve been supporting the people who are speaking up for cycling in local communities across the four nations. 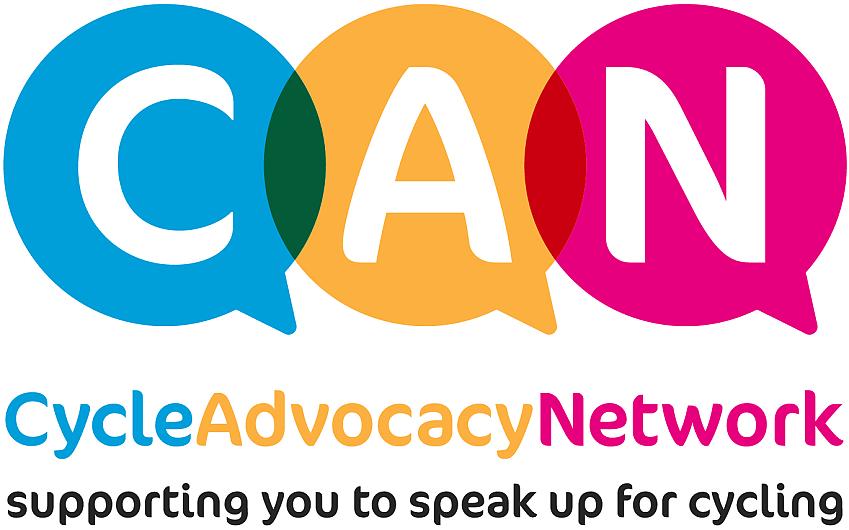 Do you want safer, better cycling in North Down? We are starting the North Down Cycle Campaign Group with support from Cycling UK. Our first meeting is mostly a meet and greet for anyone who wants to be involved and find out more, we will discuss what we want the group to do and some of the current issues for cycling in North Down.

This is an opportunity for you to have a one-to-one consultation online with Cycling UK campaigns team staff. If you have a) a specific question you’d like to discuss, or b) a more general area you’d like guidance on how to proceed with then this could be for you.

The city of Leipzig will host Velo-city, the world cycling summit, in May 2023. Velo-city is aiming to build a high-quality programme, of which you are invited to submit an abstract. Share your expertise, successes, and failures to advance the worldwide cycling movement

Read Jill's inspiring story and use her proposal to the National Education Union as a starting point in your own union or professional body.

There are thousands of historical rights of way were recorded incorrectly when councils were compiling their official maps in the 1950s. However, the public’s right to ride on them still exists. It hasn’t just disappeared because they’ve been marked incorrectly on a map. Discover and recover lost rights of way near you.

The Welsh government wants your views on our draft national transport delivery plan. The plan - sets out transport plans for the next 5 years - delivers the Llwybr Newydd: the Wales Transport Strategy 2021