This month we celebrate a year since we launched the Cycle Advocacy Network. During its first year over 200 volunteers have joined CAN as local representatives of Cycling UK.

We’ve had virtual gatherings, new resources and surgery sessions, and it’s been great to see local reps linking up on the CAN forum and supporting each other with their ideas and shared experiences. Now we’re embarking on the next step to grow the network – read on to see how you can get involved as a Cycle Champion.

The fight to convert temporary cycle measures installed during the height of the pandemic into permanent schemes continues, with local campaigners standing up to councils disregarding the evidence and tearing out cycle lanes.

The Welsh Government is embarking on its review of major road building projects, and it’s also the last day to have your say on proposals for 20mph speed limits in built-up areas.

We’re also gearing up for COP26, with a day of mass action on 6 November – get organised with your group and add your event to the map. 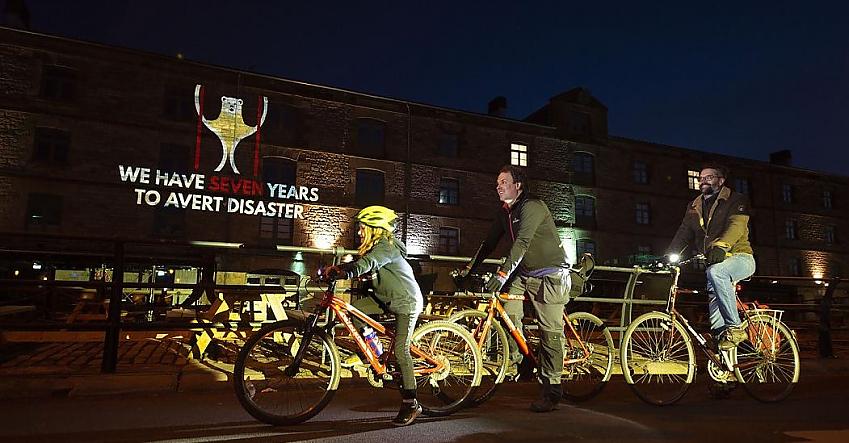 The COP26 climate summit in November provides an opportunity to tell governments that ‘this machine fights climate change’.

Cycling UK is supporting campaign group Pedal on Parliament to organise and promote a wheeling bloc as part of the mass march in Glasgow on 6 November and feeder rides from all corners of the city and further afield.

We are also supporting groups who want to run Mini-Pedal on COP activities in other towns and cities in Scotland and around the UK. Find your nearest event - and if there isn't one, start one up! 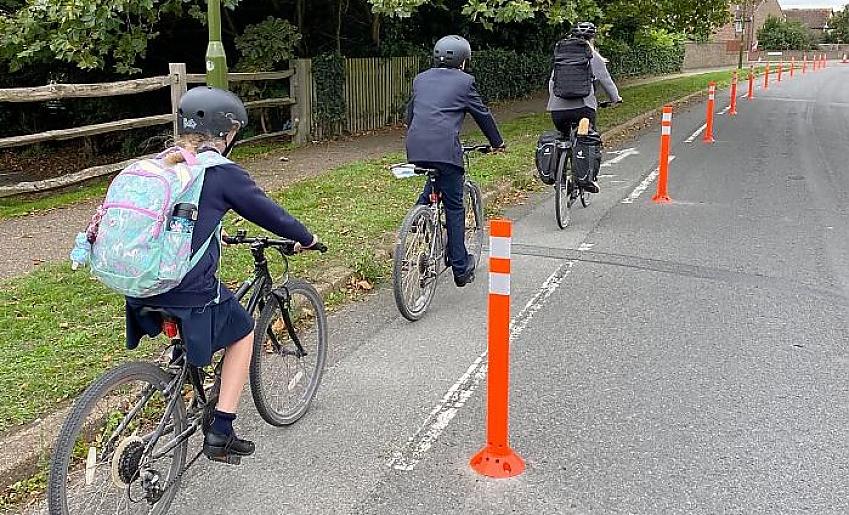 Cycling UK has had its appeal upheld against the High Court decision refusing permission for a judicial review of the removal of a popular cycle lane in Shoreham, West Sussex.

Following an initial refusal in the High Court in May, Cycling UK appealed the decision in June and we are delighted that this month the Court of Appeal allowed our appeal. We now hope to have the final hearing before the end of the year. 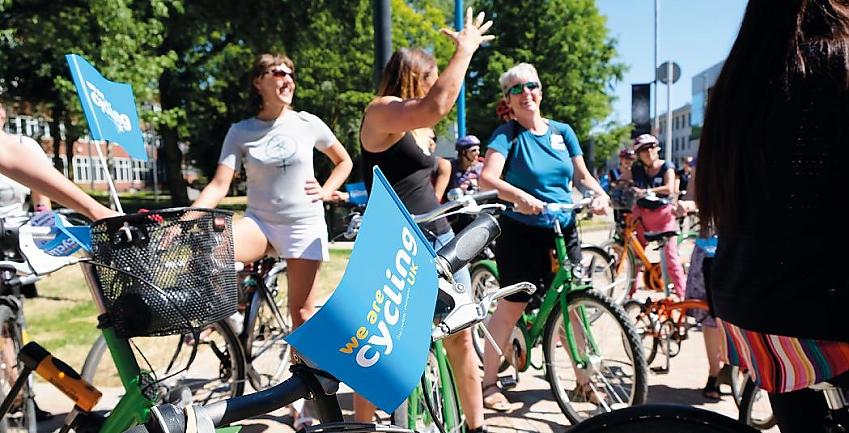 It’s been a year since we launched Cycling UK’s Cycle Advocacy Network and there’s now a brand new way for more people to get involved.

As well as over 200 local representatives, anyone who speaks up for cycling in their community is now welcome to get involved as a ‘cycling champion’ to receive campaign action ideas and invitations to future online events – however much or little time you have available.

Following a trial, the Department for Transport has decided to allow longer semi-trailers (2 metres longer than standard lorries) into circulation on the roads in Great Britain. Cycling UK’s Cherry Allan explains why we’re concerned for the safety of vulnerable road users.

Discover the lost ways of the West Kernow Way

At the beginning of September Cycling UK launched our newest long-distance trail, the West Kernow Way in Cornwall, as part of the European Regional Development Fund EXPERIENCE project.

As well as being a fantastic off-road adventure exploring the south-west tip of mainland Britain, the challenging 150-mile route also highlights how time is running out to map historic rights of way by including several sections of 'lost ways'.

In accordance with Llwybr Newydd, the Wales Transport Strategy, the Welsh Government has paused most new road building schemes and committed to reviewing whether expanding road capacity is the most appropriate solution in each case, given the need to reduce carbon emissions from transport.

The review panel has now been announced and a final report is expected in nine months. 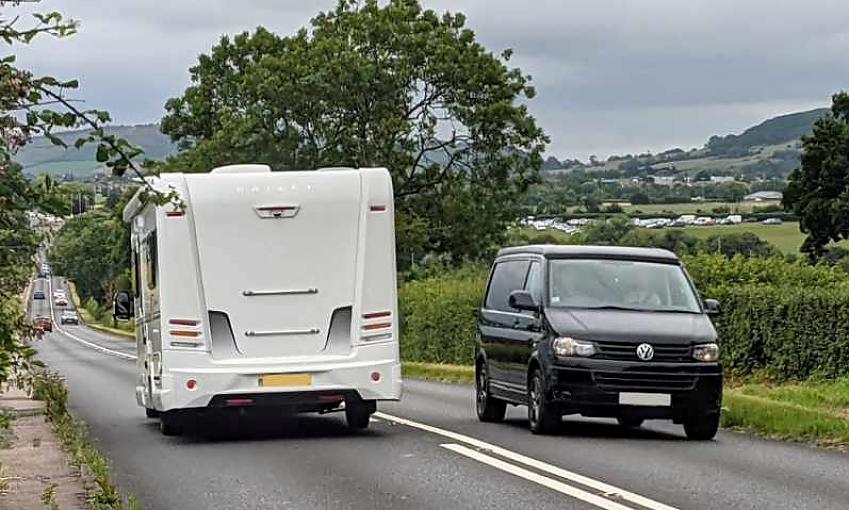 Cheltenham and Tewkesbury Cycling Campaign discovered that Gloucestershire County Council has made a decision to reallocate £435,000 of housing developer contributions earmarked for a new Cheltenham/Bishop’s Cleeve cycle route to be used instead for a junction widening scheme.

The campaign is calling for Gloucestershire County Council to restate its commitment and timescale for building this vital cycle link.

Beneath Keyhole Bridge in Poole is a narrow stretch of road less than 3m wide which one car can squeeze through at a time, while people on foot have to wait for a gap in the traffic.

A trial to close the underpass to motor vehicles was welcomed for improving safety for pedestrians, cyclists and people with disabilities, but the scheme was scrapped before the trial had finished.

After the council refused to reverse the decision, local campaigners launched a judicial review and the case is listed for trial on 6 October. Following a successful crowdfunding campaign, the group have now managed to raise the £12,500 they needed to proceed.

Streets4All is a new collective of people who have come together to create one voice in the campaign to make the streets, cities and places in Northern Ireland better for walking, wheeling, cycling and living.

Final day to show your support for lower speeds in Wales

The Welsh Government is currently consulting on proposals to reduce the speed limit to 20mph on residential streets. The consultation closes tomorrow, so you’ve got time to have your say if you get in there quickly.

How to create cycle-friendly schools

There are two things that seem to be inevitable when kids go back to school: sunshine when they have to sit in a classroom, and traffic congestion from the school run.

It doesn’t have to be this way – we’re calling for more to be done to ensure the opportunities of the Covid-19 cycling boom aren't wasted.

This year's virtual Volunteer Celebration will shine a spotlight on all the various ways our amazing volunteers contribute to our mission to get millions more people cycling.

This online session will be lead by Jim Densham, Cycling UK's campaign and policy manager for Scotland. It's designed for anyone wherever you are in the UK, and whatever your previous experience levels.

Organise or join a mini Pedal on COP ride in your town.

Cycling by Design (updated September 2021) provides guidance for permanent cycling infrastructure design on all roads, streets and paths in Scotland. 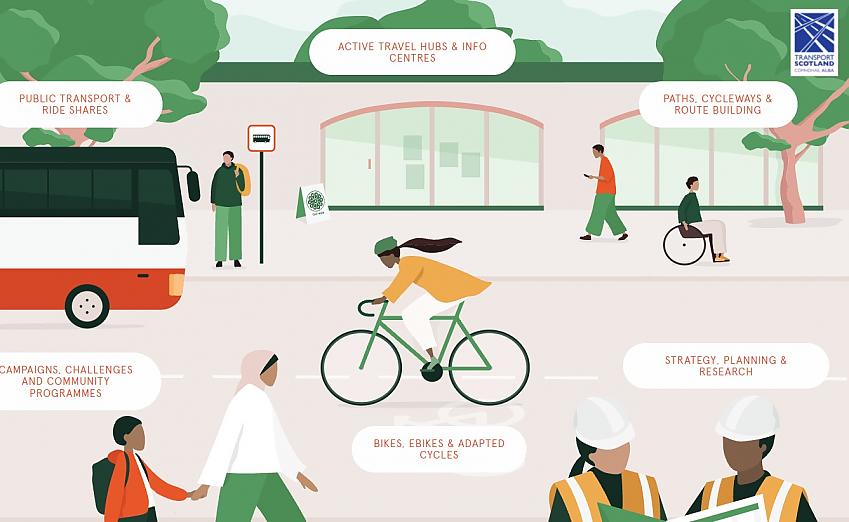 Find the right support for your group or project

A fantastic new tool has been launched in Scotland to help you find the funding, advice, training and information you need for sustainable travel projects.