Local roads are hugely important for cyclists, but often neglected when it comes to funding.
Wednesday, 30 October 2019

It's been a busy month in the world of cycle campaigning, with some promising commitments from the Department for Transport on funding for local roads, news from Scotland following the National Transport Survey consultation, and an important precedent set in the courts following a dangerous close pass.

A huge thank you to everyone who took part in our survey last month - we'll be in touch with the winner of the prize draw in the coming weeks. Your contributions have been really useful in helping us understand what you like about Campaign News and what we can improve.

And, finally, a heads up: with a general election looming, we'll soon be launching a campaign to ensure our next Government has no choice but to significantly boost cycle funding, so keep your eyes peeled.

Following the Transport Select Committee’s review of local roads, the Department for Transport have indicated support for a longer-term funding plan to tackle the pothole crisis, stating that they are “currently working on developing a good evidence base" to ensure they "submit a strong business case to HM Treasury as part of a future Spending Review.”

While this is undoubtedly a positive move forward, Roger Geffen, Cycling UK policy director highlighted that this still doesn't give any guarantee of action by Government, saying, “it’s disappointing to see Government still failing to commit to addressing the estimated £9bn pothole backlog to fix Britain’s roads.” The DfT's response also highlights the value of a nationwide pothole reporting tool such as Cycling UK’s Fill That Hole. 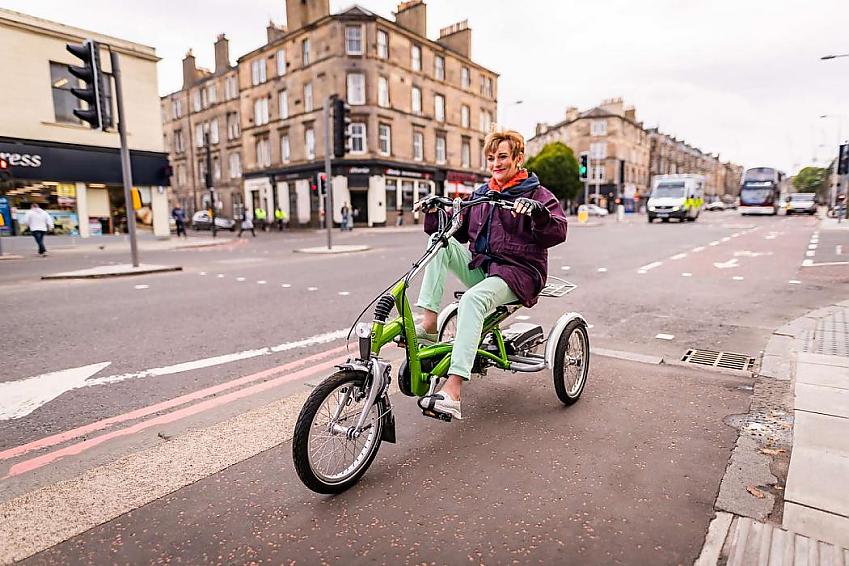 Cycling is key to the future of transport in Scotland

Responding to the Scottish Government’s consultation on the National Transport Strategy, Cycling UK commended the vision of the document, but called for more specific policies to affect change, and also supported over 600 people to submit personalised, individual responses to the consultation, by creating a flexible action which allowed respondents to highlight their main areas of concern to Transport Scotland, even if they didn’t have time to submit a full consultation response.

The Walking and Cycling Alliance, which includes Cycling UK, repeated their call for an immediate doubling of funding as the Government responds to the Transport Committee’s report on active travel. 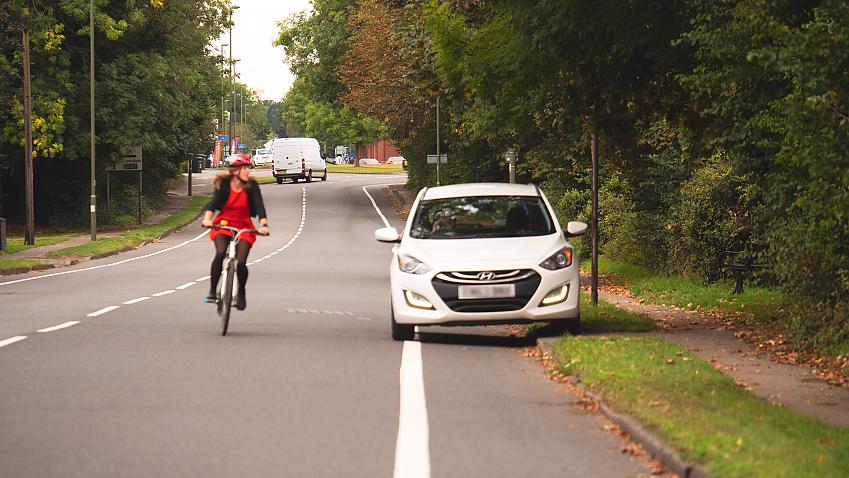 Parking in a cycle lane puts cyclists at risk

Following on from Cycling UK’s work to expose underhand law-changes to the rules relating to parking in cycling lanes, the Scottish Government passed up an opportunity to rectify the gap in the law after failing to back an amendment to the Transport (Scotland) Bill put forward by MSP Colin Smyth with Cycling UK’s support.

This October the Government announced a welcome £13 million boost for Bikeability programmes to help schoolchildren cycle, but Cycling UK has highlighted that a step change in cycling uptake will only come if children are offered training all the way up to Bikeability Level 3, which teaches safe riding on busier roads and roundabouts.

New campaign to open up the Peak District 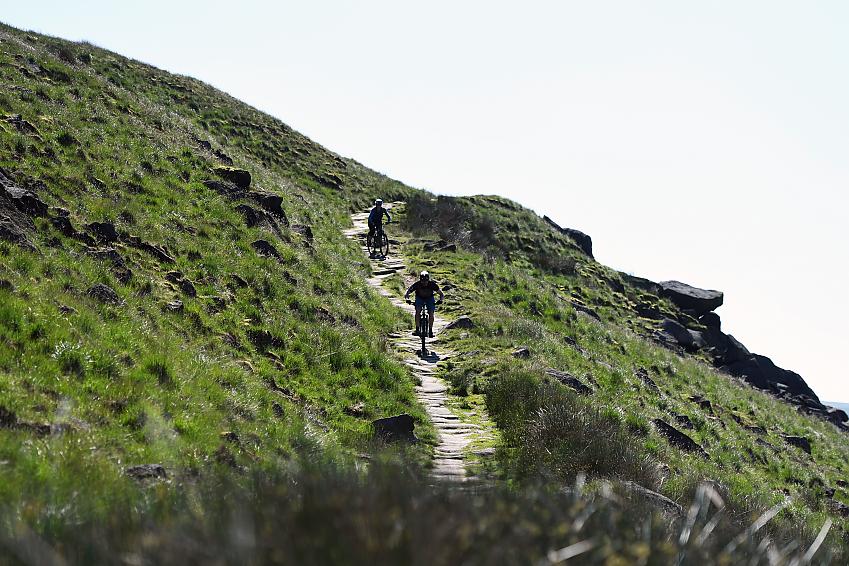 Many trails suitable for cycling aren't currently designated as bridleways

Only 11% of the Peak District's rights of way are accessible to cyclists, so Peak District MTB have launched its "22% campaign" to double the amount of ridable trails, which would bring the percentage in line with the national average.

Although the recent Atkins report suggested there was limited evidence that 20mph limits reduce casualties, a recent evidence review carried out by Queen’s University Belfast emphasised that 20mph zones – where physical infrastructure changes accompany signage – do have a positive effect on casualty and collision reduction. 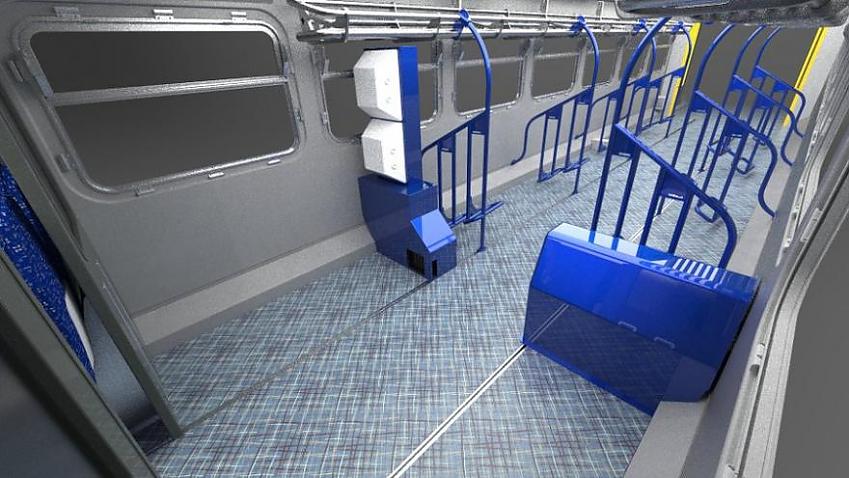 The new carriage will hold up to 20 bikes, image from Scotrail

After lobbying from Cycling UK, Scotrail has announced that it will be boosting its bike space on the West Highland Line, recognising the increasing demand with a new bike carriage.

Cycling UK has welcomed a recent ruling in Northern Ireland which upheld a conviction for dangerous driving in connection with a “close pass”, which sets an important precedent and demonstrates an increasing societal understanding of the dangers of close overtaking.

It comes as, south of the border, Ireland has reaffirmed its commitment to a new law to criminalise close overtaking, although without the previously planned minimum distance. Cycling UK will be watching the impact of this new legislation closely and continue to lobby for improvements to the Highway Code in the UK to protect cyclists from close passes.

Northern Ireland's 2018/19 Transport Statistics, as well as their walking, cycling and public transport figures, have recently been published. Meanwhile, Transport Scotland have released their finalised figures for 2018 road casualties.

Cycling UK are currently updating our cycling statistics page, with a greater emphasis given to figures from N. Ireland, Scotland and Wales, which we’ll make sure to include in the first Campaigns News after its published.

RoadPeace will mark the 17th November with services throughout the UK in memory of road traffic victims. A full list of services can be found on their website.

This year’s Road Safety Week, run by Brake, will see over 1000 events nationwide promoting safer streets. Visit the Road Safety Week site to find out what’s going on nearby and for more information on how to run your own event.