As cycle campaigners, many of us often come up against that all too familiar barrier to progress, especially when it comes to securing the local infrastructure we need to make cycling – and walking – safer and more enjoyable: funding. Cycling UK, working with Living Streets, believes it’s time to act, and we’ve launched a new campaign to secure proper central Government funding for cycling and walking, to ensure that cash-strapped councils can deliver the Local Cycling and Walking Investment Plans many of them are currently developing.

If you live in an English Council outside of London, you can write to your Council Leader and your MP to seek their support (For more info, see ‘Headlines’).

The past two months have also seen Cycling UK’s largest ever response to a campaign, with over 13,000 people writing to their MP and the Department for Transport to support our call for the cycling offences consultation be widened to consider other road traffic offences. This was followed up by a Parliamentary debate which saw MPs from all major parties speaking up for Road Justice. (‘Headlines’)

We also have hot-off-the-press news on the Government’s response to its Cycling and Walking Safety Review, and in ‘Other Stories’ you can read about Cycling UK’s response to the Autumn Budget, some ambitious targets for Bristol and the City of London on climate change and road speeds, and encouraging news on commuting times - with cycling and walking outperforming the rest.

Read on for a round-up of the past two month’s cycling campaigning news.

Show us the money! Cycling UK and Living Streets united in call for cycling and walking funding

Cycling UK has launched a new campaign calling on Government to give councils the resources they need to create safer, healthier and happier places for walking and cycling. Alongside Living Streets, we are calling for the Government to provide funding to back up the Local Cycling and Walking Infrastructure Plans that all local authorities in England have been invited - but not required - to produce.

Cycling UK are supporting a number of authorities developing their plans, but there has been no guarantee of funding to build any of the infrastructure identified in these plans. This means that, for authorities receiving technical support, this important work risks gathering dust.

Over 13,000 back Cycling UK’s responses to the DfT’s cycling offences consultation

The Government's consultation on new cycling offences, which we have reported on for the past two months, ran from 12 August to 5 November, and when it closed over 13,000 people had supported Cycling UK’s calls for a wider review of traffic offences, in particular focussed on:

This was Cycling UK’s largest ever campaign in terms of the numbers of supporters: thank you to everyone who took part. We will continue our work to secure the much needed review of road traffic offences which will make our roads safer for everyone, as opposed to a seriously limited review only considering cycling. 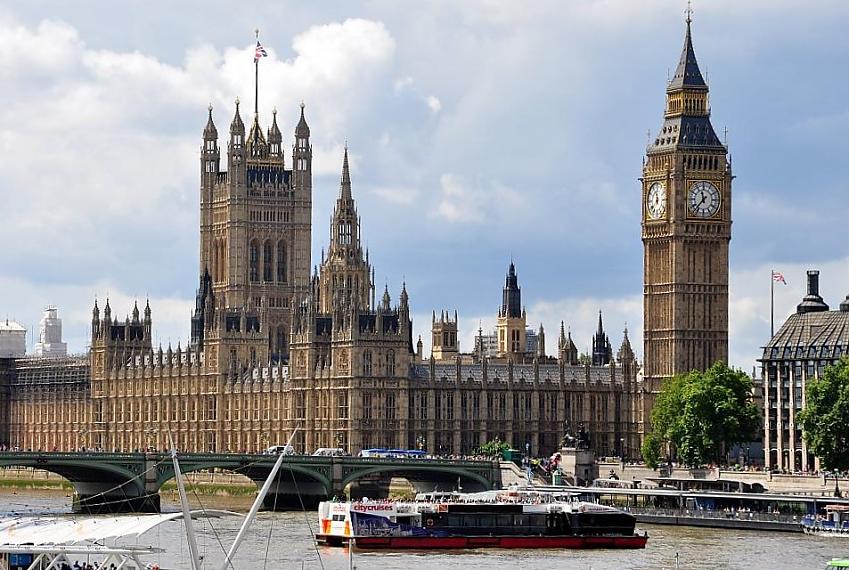 Following the close of the cycling offences consultation a backbench debate in Parliament was held, considering Road Justice and the Legal Framework. MPs from across the house called on Government to take action on the issues raised by our campaign on road justice outlined above, as well as a range of other topics, including car-dooring of cyclists and the need to ensure delivery drivers are given sufficient time to make deliveries without being under excessive pressure to rush when driving. There was also a debate on Road Safety on 5th November. 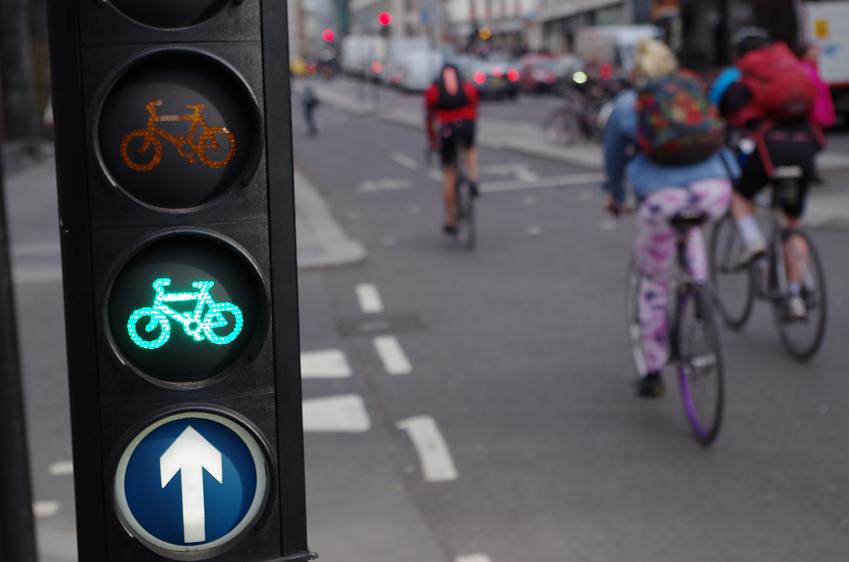 On 21 November, the Department for Transport announced its response to the Cycling and Walking Investment Strategy (CWIS) safety review, which included 50 recommendations published to make active travel safer.

An active travel alliance, made up of the Bicycle Association, Cycling UK, The Ramblers, British Cycling, Living Streets and Sustrans welcomed the suggestions which will look into providing priority for cyclists and walkers at junctions, clearer guidance on vehicles overtaking cyclists and also guidance on the “Dutch reach” in The Highway Code, something Cycling UK called for in its response to the original consultation.

However, there was disappointment among the group that the Department for Transport’s plan to improve the safety of vulnerable road users did not place more emphasis on speed reduction. Paul Touhy, Chief Executive of Cycling UK, also called for greater collaboration between Government departments to ensure that active travel is financially supported.

We will be issuing a more detailed response to the recommendations shortly.

Virtual reality becomes a reality - thanks to £17,000 of donations

As we announced last month, the latest phase of our Too Close For Comfort campaign has involved the development of a radical new form of driver education - an immersive virtual reality film which gives drivers the experience of a dangerous close pass, even if they never cycle, and includes education on how to overtake cyclists safely.

With police forces across the country supporting the project, we successfully raised over £17,000 to provide the virtual reality headsets necessary to view the film to each and every one of them, allowing police to deliver this hugely impactful roadside education as part of close pass operations and during road safety engagement events.

Thank you to everyone who contributed to help make close passes a thing of the past.

Giving evidence to the House of Commons Transport Committee’s inquiry on Local Roads Funding and Governance, Cycling UK policy director, Roger Geffen, explained that spending on minor roads, i.e. ‘B’, ‘C’ and unclassified roads, was continuing to decline despite overall increases by councils on road maintenance.

Cycling UK also highlighted the very real cost to life and limb as a result of potholes and other road maintenance defects, which particularly threaten cyclists and pedestrians with injuries and even death. 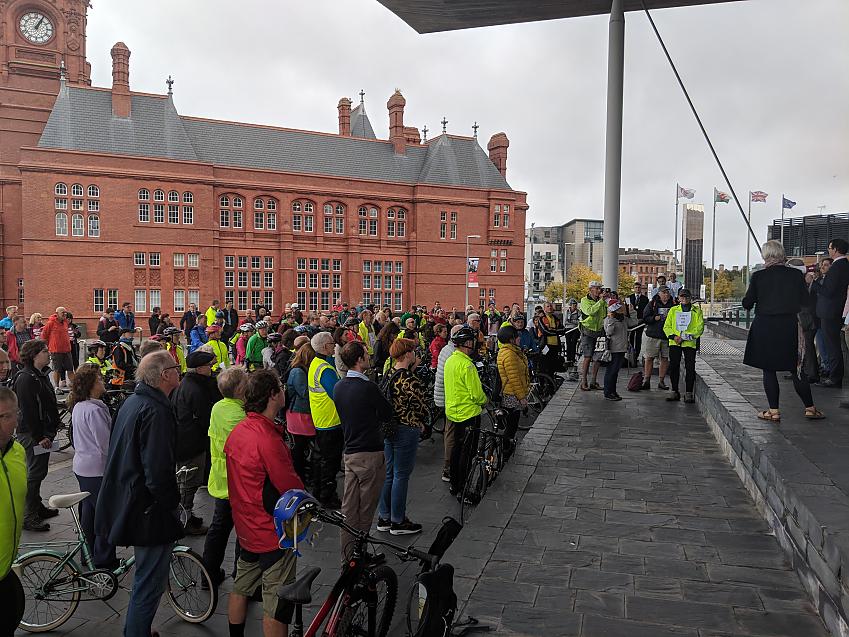 Cycle on the Senedd rally on 2 October

Alongside Cycle on the Senedd, Cycling UK is lobbying the Welsh Government to ensure the Active Travel Act meets its objectives. A lack of funding is seriously impacting its success, and we are calling for an increase in investment in walking and cycling to £20 per head - the figure recommended by the Economy, Infrastructure and Skills Committee in their May 2018 report on the implementation of the Act.

Was it any safer out there? Cycling UK's take on the 2017 road casualty statistics

Each year, the Department for Transport releases a mass of statistics on the crashes and collisions reported to the police the year before. Cycling UK's Cherry Allan looks at the latest set.

Drivers worryingly optimistic about their competency

A new survey commissioned by Cycling UK found that while nine out of ten drivers classified themselves as “careful and competent” behind the wheel, 52% said they have driven at over a 20mph speed limit, and 57% over a 30mph limit.

The concerning figures also include some positive news: widespread support amongst the public (77%) for automatic driving bans for drivers who cause serious injury.

Only £420m for potholes in the Autumn budget, while £28bn is poured into major roads 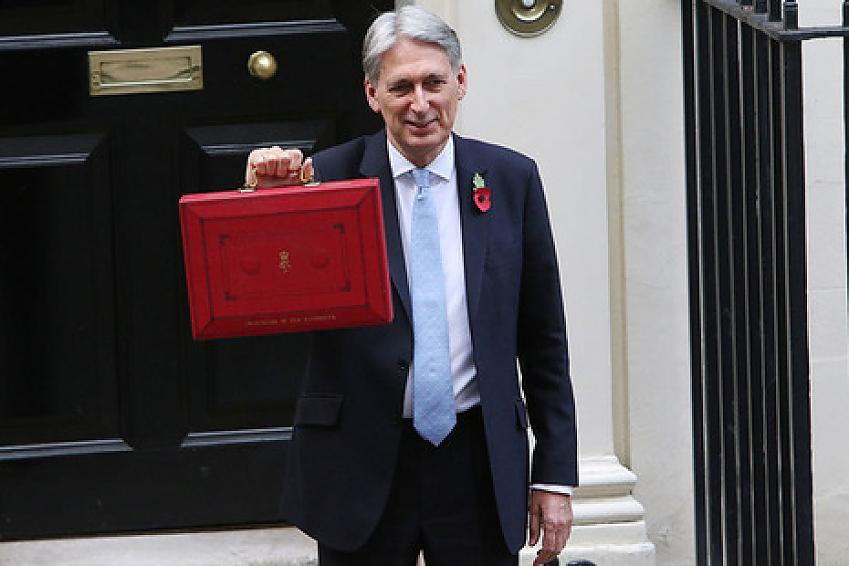 The Autumn budget set aside £420m for road maintenance, which falls far short of the £9.3bn identified by the Asphalt Industry Alliance as the amount needed to fix our nationwide pothole problem. Cycling UK, alongside other walking and cycling allies, has called on Government allocate five percent of its transport budget on active travel rising to 10 percent in time.

Sustrans, who manage the national cycle network, have recently completed a survey of the entire 16,575 mile network, alongside a plan for improvement into the future, after finding that only 54% of the network is suitable for a 12-year-old to use safely.

They hope to develop more off road routes and make the network more accessible by removing 16,000 barriers.

The fight for the ‘Sussex Pad’ goes on

The campaign to save the crossing over the A27 at Shoreham (or to get a better replacement) continues. Despite a hugely active campaign against the plans, Adur District Council approved the New Monks Farm development on 3 October. The plans would result in the closure of the A27 “Sussex Pad”, and the campaign group has been lobbying Government to “call in” the application and protect the crossing.

Two new Cycling UK investigations have exposed once again the weaknesses of our road traffic offences framework, underpinning the need for action.

Separately, a freedom of information request sent to every UK Police force found that, for the 10 forces which responded, only a fraction of fatal collisions (one in six) were followed by a custodial sentence for the driver. 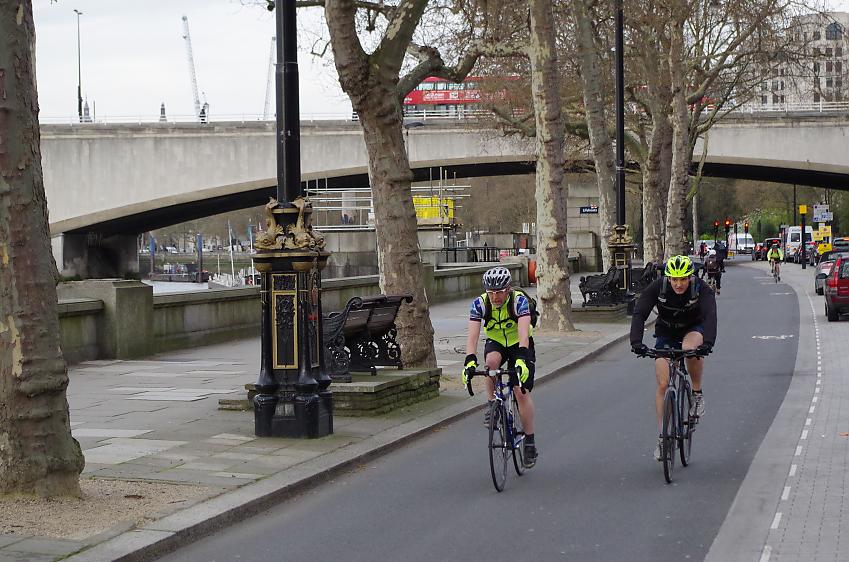 A TfL info-pack to empower active travel campaigners: the 'Economic Benefits of Walking and Cycling'

Research by Transport for London reveals significant economic benefits of promoting cycling and walking, with retail sales boosted by up to 30% following investment in cycling and walking infrastructure. The info-pack is well worth a read.

Road Safety Week (19 to 25 November), which is coordinated by Brake, focussed this year on safety on two wheels, be it cycling or motorcycling. There are local events throughout the country, and a number of police forces also ran ‘Close Pass’ operations, using Cycling UK’s close pass mats, to promote safe overtaking of cyclists. 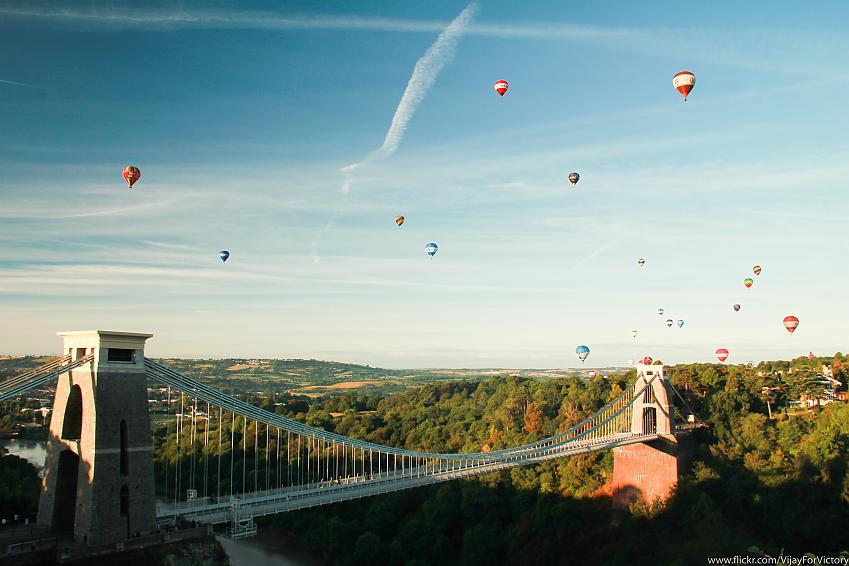 Bristol council has unanimously voted to back a commitment to become a carbon neutral city by 2030, citing an impending ‘climate emergency’. The 12 year target is the most ambitious for any of the UK’s ‘core cities’ group. The Mayor now has six months to report back on plans to achieve the target, which we hope active travel ambitions will be a key part of.

Pedestrian priority and slower speeds for the City of London

Following on the from the success of the Banking on Safety project which we reported on last month, the City of London Corporation has now announced plans to reduce speed limits in the square mile to 15mph as part of its vision zero strategy. The plans accompany a range of other measures to tackle air quality, road danger and congestion over the next 25 years.

Show us the money! Cycling UK and Living Streets united in call for cycling and walking funding; Over 13,000 back Cycling UK’s response to the DfT’s cycling offences consultation; MPs Debate ‘Road Justice’ in Parliament; Cycling and walking alliance reacts to DfT proposals to improve road safety; Virtual reality becomes a reality - thanks to £17,000 of donations; Cycling UK gives evidence on potholes to the Transport Select Committee; Don’t let the Welsh Active Travel Act fail!; Was it any safer out there? Cycling UK's take on the 2017 road casualty statistics; Drivers worryingly optimistic about their competency;

Only £420m for potholes in the Autumn budget, while £28bn is poured into major roads; Sustrans announces plans for the National Cycle Network; The fight for the ‘Sussex Pad’ goes on; New road justice research from Cycling UK; Fly to work by bike - or by foot!; A TfL info-pack to empower active travel campaigners: the 'Economic Benefits of Walking and Cycling'; Road Safety Week 2018 focusses on bike safety; Ambitious councillors in Bristol declare ‘climate emergency'; Pedestrian priority and slower speeds for the City of London;