It's the end of May, but the start of Bike Week, our annual celebration of cycling. In this month's news we have cautious optimism in the aftermath of the 'Super Thursday' elections, and we introduce one of the many local campaign groups who wielded influence. Bridges have been particularly contentious, from the mighty span over the Humber to a humble wooden crossing to a Yorkshire café. Inequalities are exposed yet again – in terms of spending by local councils, and also in confidence to cycle between genders. Finally, a government survey finds the majority of us support cycle lanes even at the expense of road space for cars. Bike Week? Bike strong.

National election results are in... what do they mean?

With national elections in Scotland and Wales at the beginning of May, we've had an opportunity to call for change.

In Wales it didn’t take long for the re-elected First Minister, Mark Drakeford (Labour) to announce his cabinet. Cycling UK's engagement officer in Wales, Gwenda Owen, is optimistic about the appointment of Julie James as Climate Change Minister and Lee Waters as Deputy Minister. She says: "Bringing the environment, transport, planning, and housing together under their leadership bodes well for cycling and the other issues that are so critical to the future of Wales."

In Scotland, the Scottish National Party won the most seats and has once again formed a minority government. In the previous parliament, it was often the Greens who lent the SNP their support in return for policy changes, such as the increased budget for cycling and active travel earlier this year. Cycling UK's campaigns and policy manager for Scotland, Jim Densham, believes this parliament could be much the same. He said: "The SNP only promised to increase spending on active travel from 3.5% to 5.5% of the transport budget. We will remind them that nearly half of Scots want to see that rise to at least 10%. All the other parties committed to more, so we'll be working to shift this up a gear."

In England there was a range of local and regional elections, as well as elections for Police and Crime Commissioners. At county council level there was broad cross-party support by elected councillors for Cycling UK's manifesto and two 'asks' to ensure that cycling can be for everyone. Cycling UK's head of campaigns, Duncan Dollimore, has published a map of 'pedalling politicians' – those elected councillors that pledged support – saying these are "people who can be asked to support active travel initiatives and investment in cycling, whilst being reminded of the commitment they’ve just made".

Campaigners and groups across the three nations were busy in the run-up to the elections, and their actions were key in obtaining support for cycling and active travel measures by election candidates. For example, in Scotland, GoBike and Spokes Lothian ran hustings for candidates from the major parties, and WalkRideGM grilled candidates running for mayor of Greater Manchester. In England, Colchester Cycling Campaign is just one of many groups that joined forces with other active-travel campaigners to lobby council candidates. They persuaded the four main parties to sign the Colchester Active Travel Manifesto for Action. Read the story "Building Consensus on Active Travel" in the latest edition of their newsletter.

On 5 May 2020, Infrastructure Minister Nichola Mallon made a statement in the Northern Ireland Assembly on re-imagining the places we live and work in light of coronavirus. On the one-year anniversary of the speech, Cycling UK joined with BikeFast, Cycul and NI Greenways in calling for change by asking the public to use Twitter to air their views on the progress to date, using the hashtag #ChallengeMyDepartment. Cycling UK’s engagement officer for Northern Ireland, Josh Murray, said: “There have been a few measures introduced in the last 12 months such as pop-up cycle lanes and investment in some greenway infrastructure, but not enough has been done to accommodate the rise in cycling and active travel. 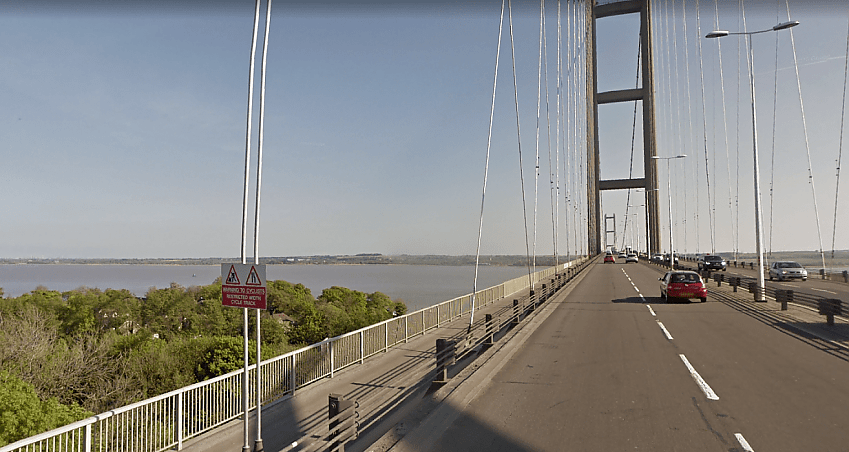 Having been closed to active travellers for over a month, the Humber Bridge reopened in the first week of May. The Humber Bridge Board said that the sudden closure in early April was due to a sharp increase in people taking their own lives. Walkers and cyclists faced a 60-mile detour as no suitable crossing alternatives were provided. An intense campaign by locals and Cycling UK led the Board to consider journeys by foot and by bike, and the bridge was eventually partially re-opened on 6 May.

The Samaritans can be contacted 24 hours a day on 116123 or via samaritans.org

Research by Cycling UK has highlighted an alarming difference in the amount different English local authorities are spending, with some investing 170 times more per head on active travel than others. In 2020-21, five local authorities (Kingston upon Thames, Salford, Waltham Forest, Stockport, and Leicester City) spent or estimated spending more than £20 per head, while three (Redcar and Cleveland, Telford and Wrekin, and Hillingdon, which is represented by the Prime Minister Boris Johnson in Parliament) reported figures of less than £1 per head.

As the controversy surrounding cyclist access to parts of the Bolton Abbey estate rumbles on, Cycling UK are questioning whether there is a broader underlying issue.

Tax authorities have investigated large country estates over whether they provide reasonable access to the countryside in return for their owners enjoying exemptions from inheritance tax. Despite requests, HMRC is refusing to reveal the number of times this has happened or whether any exemptions have been withdrawn. There are more than 300 conditional exemptions that have been granted on land, buildings, and their contents around the UK, and Cycling UK is looking into what's happened with other estates where the exemption appears to be based on allowing public access to land.

The Department for Transport published the results for wave five of the National Travel Attitudes survey on 27 May. Over 2,500 people answered questions on a range of subjects related to cycling and walking. The summary figures indicate a continuing discrepancy between genders, with 74% of men often feeling confident to cycle compared with 43% of women. However, two-thirds of the sample support the creation of dedicated cycle lanes in their local area, even if this means less road space for cars.

Media guidelines for reporting road collisions in the UK media were launched this month. Author Laura Laker worked with the University of Westminster's Active Travel Academy, and the guidelines state journalists should avoid using words such as 'accident' – which imply chance or bad luck – and to acknowledge the role of motorists in collisions. Cycling UK's head of campaigns, Duncan Dollimore, suggests that a simple email to the editor highlighting the guidelines is the first step to take next time you read a sensationalised road-collision story.

Find out more about the Cycle Advocacy Network

Dates for your diary

Find out more at cleanairday.co.uk