Local stories have taken on national significance this month as campaigners, councillors and council officers alike consider the implications of potentially flawed decisions in West Sussex and Kensington.

We can play our part and encourage our communities to ask the right questions and vote for people power in this election cycle.

Election campaigning ramps up a gear

National election campaigns in Scotland and Wales are gathering pace. In Wales, Cycling UK and Living Streets were swiftly out of the blocks to organise a national Active Travel hustings, hosted by the BBC's Mark Hutchings. Candidates from four parties were quizzed about their plans to make Wales a walking and cycling nation. While the parties’ plans differ in detail, all the candidates agreed on the importance of normalising active modes of travel if they are to become more widespread across Wales. Watch the recording here. Cycling UK is urging everyone to sign in support of our manifesto for Wales.

Meanwhile in Scotland, Cycling UK is looking to collect over 3,000 signatures in support of 'Moving Up The Gears' - Cycling UK's manifesto for Scotland, which focuses on making cycling accessible to everyone - particularly those who ride slowly and steadily. There are only a few days left to sign, so if you live in Scotland make sure you add your name and share with friends and family to help it gain momentum. Please sign by Thursday at the latest. Once the parties have published their parliamentary candidates lists, Cycling UK will be asking everyone to contact them directly.

Further south, Cycling UK has published a manifesto for the local elections in England, which are taking place in over 100 councils and for many of the city region mayors. We’re asking every candidate to commit to support: 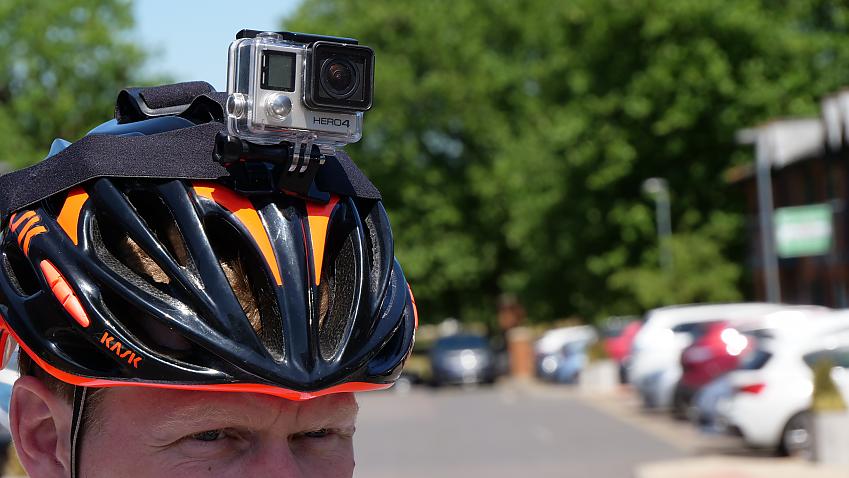 Cycling UK coordinated a coalition of 33 organisations representing all of Scotland’s road users have called on Police Scotland to introduce a nationwide camera footage submission system to make the roads safer.

Meanwhile, in Devon, cyclists are to be given helmet cameras to help catch dangerous drivers, with the prospect that this pilot scheme may eventually be rolled out across the country.

The Royal Borough of Kensington and Chelsea's decision not to re-instate the protected cycle-lane on the High Street has national implications, argues Cycling UK's head of campaigns, Duncan Dollimore. Organisations such as London Cycling Campaign and Better Streets for Kensington and Chelsea are standing up for people who cycle in and through the London Borough. However, those of us outside the UK capital need to be awake to the potential for flawed and irrational decision-making in Highways Authorities across the four nations, for example the recent decision taken by West Sussex County Council (WSCC) to remove a cycle lane in Shoreham.

More than 10,000 people have signed an online petition objecting to Highways England’s plans to infill or demolish more than 100 disused railway bridges, which campaigners say could be needed for new rail or active travel routes. The petition belongs to HRE Group, an alliance of engineers, cycling campaigners and greenway developers, who say Highways England intends to demolish up to 480 structures between now and 2030, with 115 bridges and tunnels earmarked for infilling as part of an ongoing first phase.

Cycling UK has accused the Westminster government of hiding evidence from parliament by suppressing a report showing that current levels of investment for cycling and walking fall far short of what is needed to get England moving again.

The charity has called for the publication of the report, which it believes will show that without a significant increase in funding, Prime Minister Boris Johnson’s “plan for unleashing our nation of cyclists” is doomed to fail. Cycling UK policy director, Roger Geffen has called on the government to publish a suppressed cycle funding report, and then to act on its findings.

Put speeding on your Police and Crime Commissioner candidates' radar

Elections will also be taking place in Wales and England this May for Police and Crime Commissioners. Cycling UK is urging all campaigners to call on their local candidates to commit to Action Vision Zero’s road danger reduction manifesto. The manifesto invites candidates to prioritise road safety by making five commitments, one of which is to tackle speeding.

The Welsh government has published a new Transport Strategy - Llwybr Newydd - setting out the transport ambitions for the next 20 years, and priorities for the next five. Gwenda Owen, Cycling UK's engagement officer for Wales, reports that it places walking and cycling at the top of the transport hierarchy, sets impressive targets for modal shift, and promises to introduce road user charging in a fair and equitable way.

The strategy publication was followed up by the news that spending on active travel in Wales will hit £20 per head in the coming financial year.

Cycling UK’s Cycle Advocacy Network (CAN) is nearly six months young. Having already grown to 175 participants across all four nations in the UK, it has created the potential for more than 15,000 connections to be made, and there’s still plenty of space for more. In April there will be a set of three UK-wide virtual meetings to further strengthen relationships between the network's local representatives.

Climate charity Possible has launched its Car Free Cities campaign across Birmingham, Bristol, Leeds and London. The campaign will partner with local communities to tackle car dependency in these cities, clear the roads for those who need them most, and create safer streets for all.

The project is working to improve clean air, reduce traffic and inspire exciting changes from parklets to low traffic neighbourhoods. The aim is to reduce transport emissions through shifting away from private cars - accelerating action on climate change and the move to a zero-carbon Britain built for everyone.

Add your name to our election manifestos

In the run-up to general elections in Wales and Scotland in May, we need to prove to politicians that voters care about having safe and attractive places to cycle.

Sign our manifesto for Scotland  - help us reach 3,000 signatures. Sign now! Closes at the end of Thursday 1 April.

Sign our manifesto for Wales - add your name to keep the momentum going.

Cycling UK and Pedal on Parliament are co-hosting this event to grill candidates about their commitment to cycling and walking.